This hand came across my timeline today and I had to share it. It’s like when you fall down a rabbit hole of old Barry Sanders runs and you are reminded of how awesome he was, I do the same with Ivey. What an absolute beast he was back in the High Stakes Poker televised games. No fear whatsoever. Him and Durrr just running shit, punishing the table for even trying to tangle with them.

It started with a raise from the OG Barry Greenstein with QTo which is sort of loose but with the straddle there’s reason to be aggressive with playable hands. Ivey, being Ivey, doesn’t give a shit and puts in his own raise with the 52o 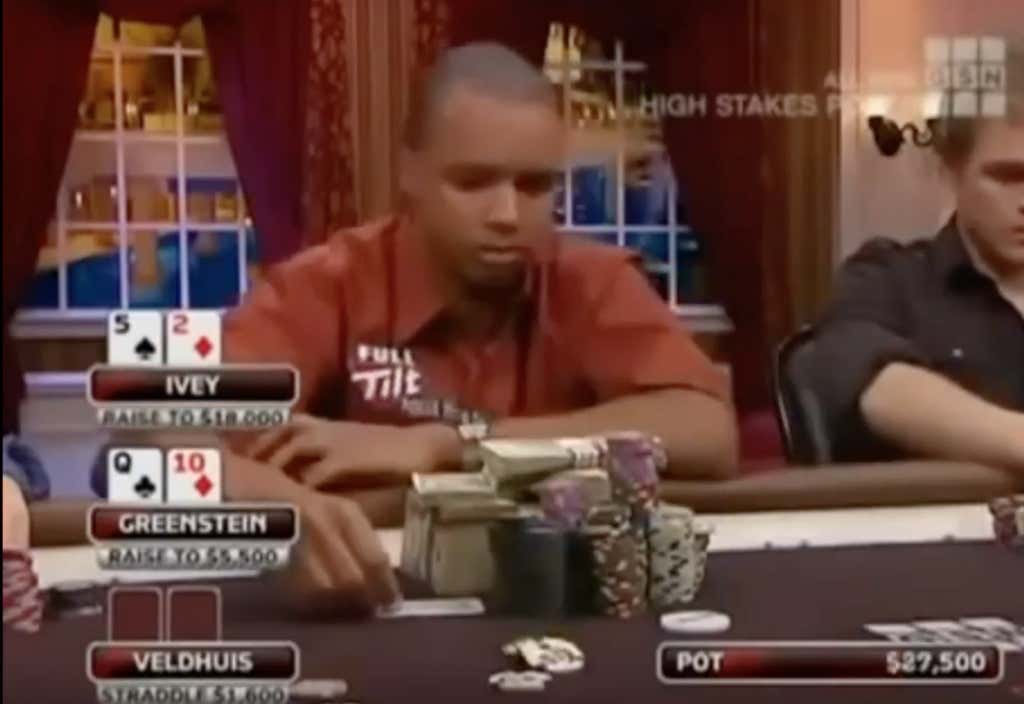 And that’s where it gets fun. A young Lex Veldhuis looks down at a good hand, KJhh, and knows that Ivey raised because he knows Barry is full of shit, so he puts in a raise of his own of $51.6k 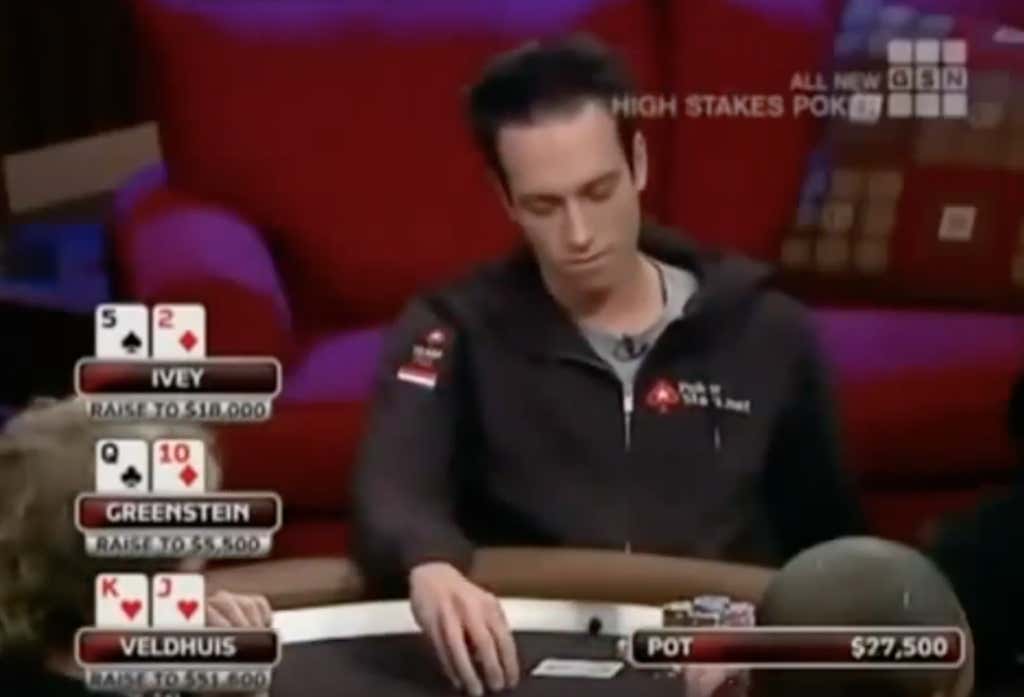 Barry folds and gets out the way, putting the action back on Phil Ivey. Now you gotta put yourself in Ivey’s head- he knows Lex 100% should be thinking that he only raised because he thinks Barry is full of shit. So if that is the reason Lex put in the raise, Ivey can then show himself to be extremely strong and shove, and hope Lex doesn’t realized he did that because he knows Lex knows. Did you catch all that??? 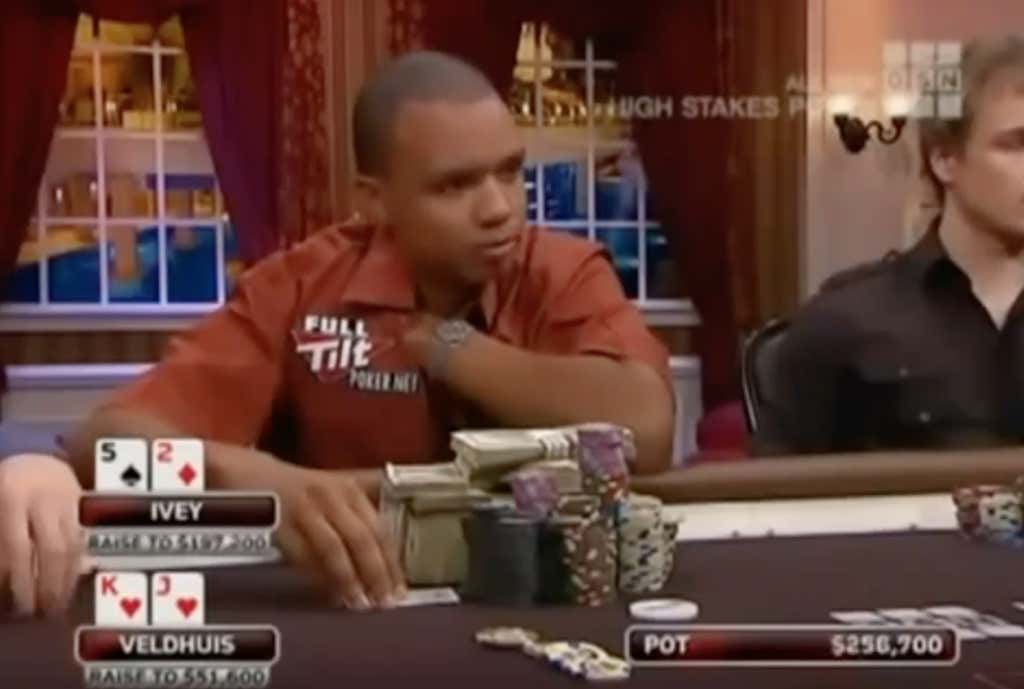 And all Lex can do is fold and say “I thought you were just angry at Barry”, insinuating that he only made it 51.6 because he thought Phil was tilting with a bad hand. And of course Phil can only reply “I am”. Fucking GOAT.

We talk strategy and answer your questions to help you get better at poker, we talk to the biggest names in poker, and we talk about what’s going on in the poker world like WSOP, massive cash games, etc. If you have a general interest in the game, play with your pals, or want to get back into it, I recommend giving it a shot and letting me know what you think.