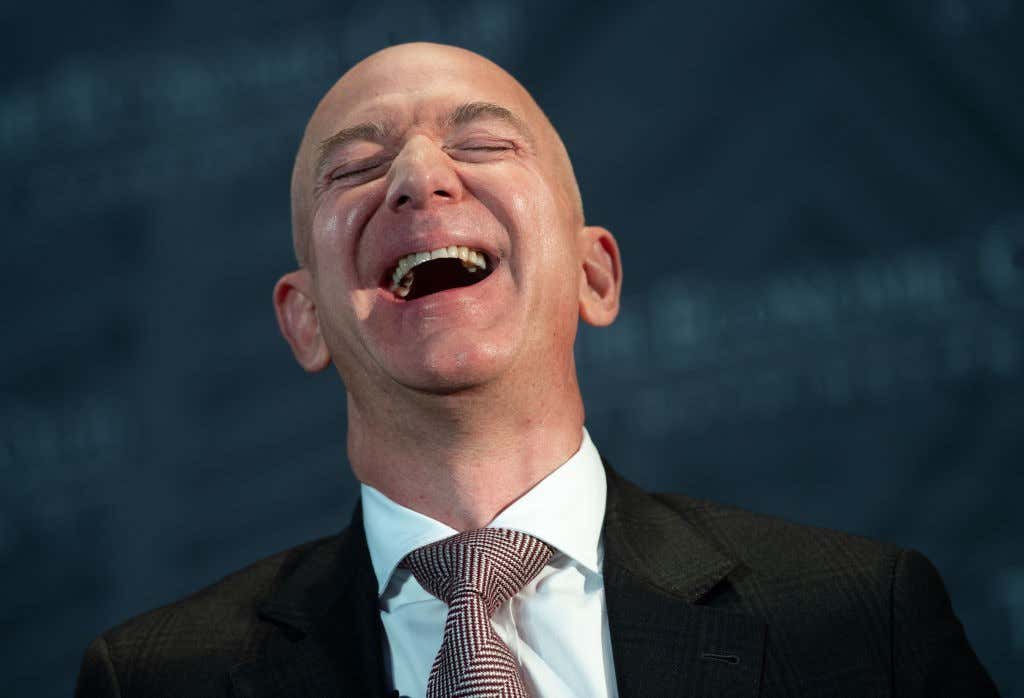 Washingtonian - In 2016, Jeff Bezos paid $23 million in cash for the old Textile Museum in Kalorama and began transforming it into his DC compound. Now, a source says it appears he has snapped up the mansion right across the street, at 2325 S Street, NW. (Check out photo #17 in the slideshow — that’s a direct view of the old Textile Museum, now Casa de Bezos.)

The home hit the market a month ago for $4,995,000—which seems ambitious, especially since December is the doldrums for real estate.

Instead of sitting on the market, the place was under contract in less than two weeks.

This might sound a bit ridiculous, or, I don’t know if ridiculous is the word actually. I’m not positive what word correctly articulates my thoughts about Jeff Bezos, but basically, I don’t think we pay enough attention to him. Not in a celebrity way, or a Kardashian way, but the fact he is worth over 100 BILLION dollars (and didn’t he just lose half his fortune to his ex-wife???) and he is living on a street on Washington DC is astonishing to me. The fact we just know where the richest person in the entire world sleeps at night baffles me. Do you ever think about that? There are 7.5 billion people alive on this planet, and we have the address of where the person with the most money in the world lives. WHY? HOW? And how is he so comfortable with it being such public knowledge? It blows my mind.

I always figure if I was ever to get rich (lololol, yeah right), I would want to drop off the face of the Earth. Sure I’d put up some IG stories from my yacht or what have you, but people knowing my address? No freaking chance. Bezos has enough money to buy the state of Wyoming and turn it into his own personal Hunger Games if he so desired, and nobody would bat an eye. He’s not just a billionaire, or a fuck-you billionaire, or a mega fuck-you billionaire, he’s in a league of billionaire that we can’t even understand or begin to comprehend.

What an absolutely laughable amount of money.

So once again, it blows my mind that we know where he lives. Also, how does he not live in a constant state of fear and paranoia? Or has he already cloned himself so if he dies he actually lives on? Or are these houses decoys, or maybe part of an elaborate, interconnected system of houses that he travels to via secret illuminati underground tunnels that only he, Zuckerberg, and Jay Z know about? That’s my guess.

I want to know more about the secret lives of ultra-billionaires. I know Warren Buffett always talks about how he lives in his little ol’ rinky dinky house and drives his old clunker from the 70’s….but you know he’s also seen some shit with his eyes that we can’t even dream about. I don’t even know, like some Area 51 shit- real life dinosaurs, flying cars that the general public aren’t allowed to have, underwater cities paved with gold, aliens fucking and Area 51 scientists breeding a new life form, and who knows what else. I just know these guys do and see things our minds cannot handle, all the while we sit in cubes and slave away on the keyboards so they continue to get richer and richer while all we care about is getting another “like” on our Tweet while these billionaires laugh about what stupid sheep they’ve turned us into. Too real? Maybe. But that’s what this all is.

Are there any movies/documentaries/podcasts that dive deeper into this subject? Let me know, as their entire secret world fascinates me.