So one of our guys on the third floor, Kyle, sent me a message yesterday with a solid idea. He knows how much I love to bet on horses and he suggested I enter a qualifier for the NHC. For those who don't know, the NHC is the National Horseplayers Championship. Basically you enter a qualifier and a certain amount of people advance to the next round where the top five or so will get entrance to the big show in Las Vegas next month. I entered in one for Gulfstream Park starting this afternoon in the third race. 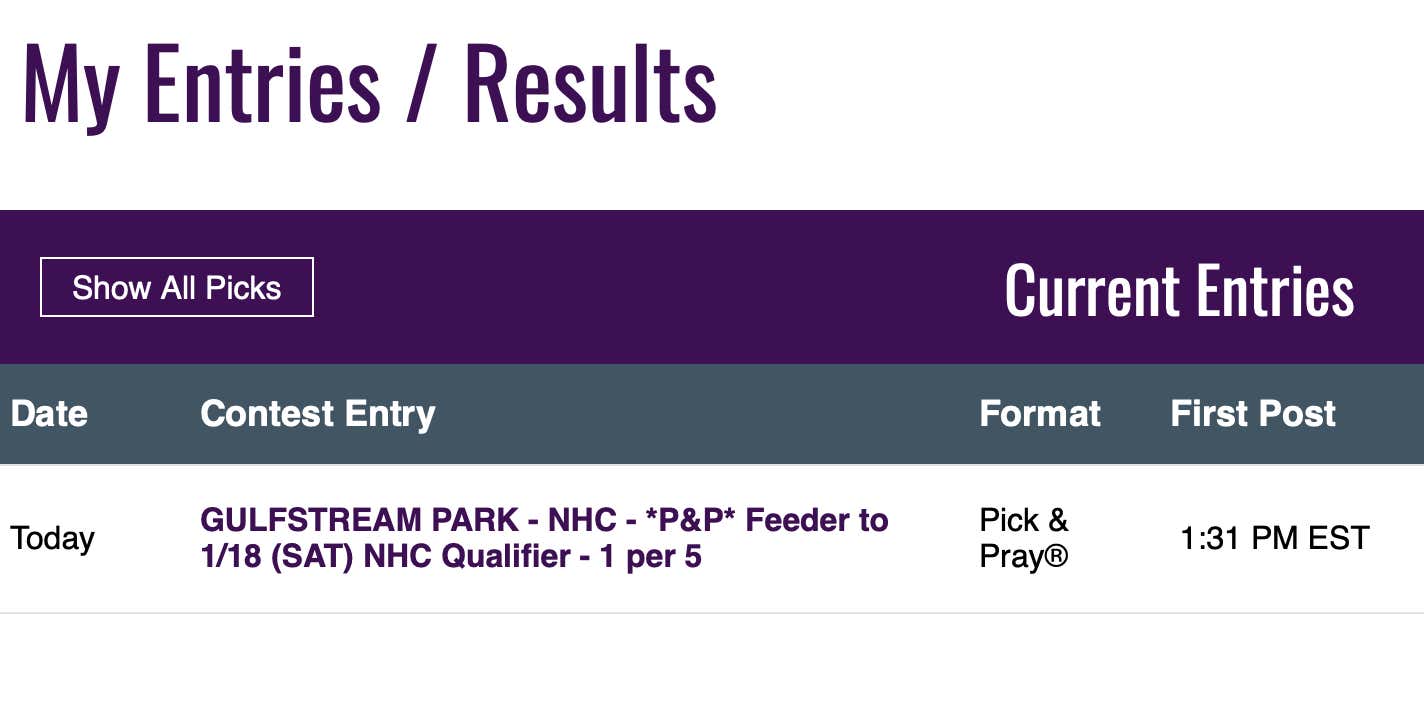 The format of the contest is simple, you have to pick one horse in each race from the third race to the tenth. An imaginary $2 Win bet is made on that horse, as well as a $2 Place bet. You also choose an alternate in the case of a late scratch. My general strategy has been trying to find horses that are not the chalk that I think can hit the board first or second. If we nail a couple of those we could be in great shape. Picking chalk is going to get us nowhere in this thing. Here are my picks as of now, I may change some before the races: 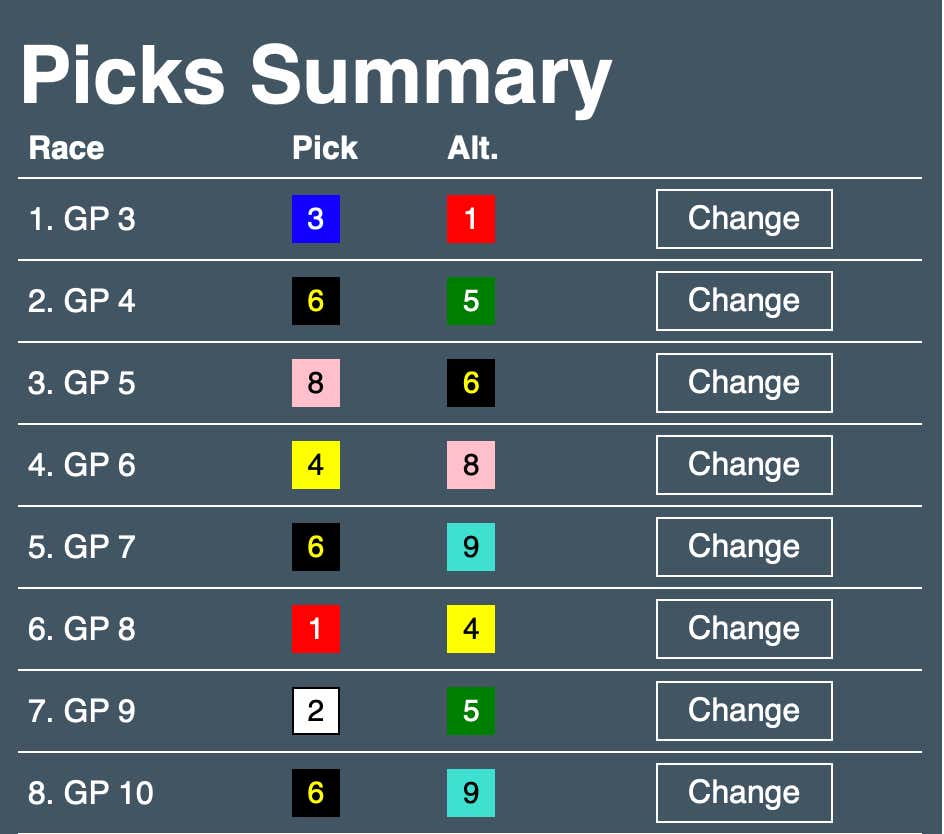 That's where I'm at right now. If anyone else is interested in playing along, you can enter at HorsePlayers.com. Otherwise, let's win this thing and move onto the weekend. Going to Vegas to compete in a multimillion dollar horseplayers competition would be fucking amazing.

Alright, while we're here, what do you say we play a little pick four at Laurel Park this afternoon? 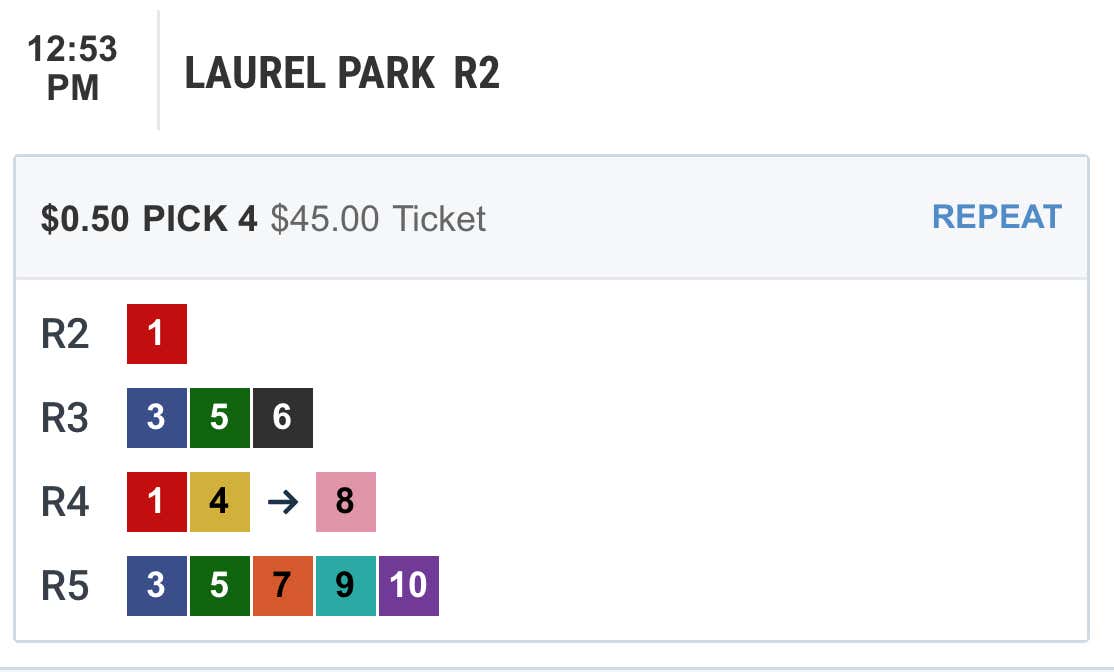 Alright baby, let's get out there and kick the hell out of today and win!