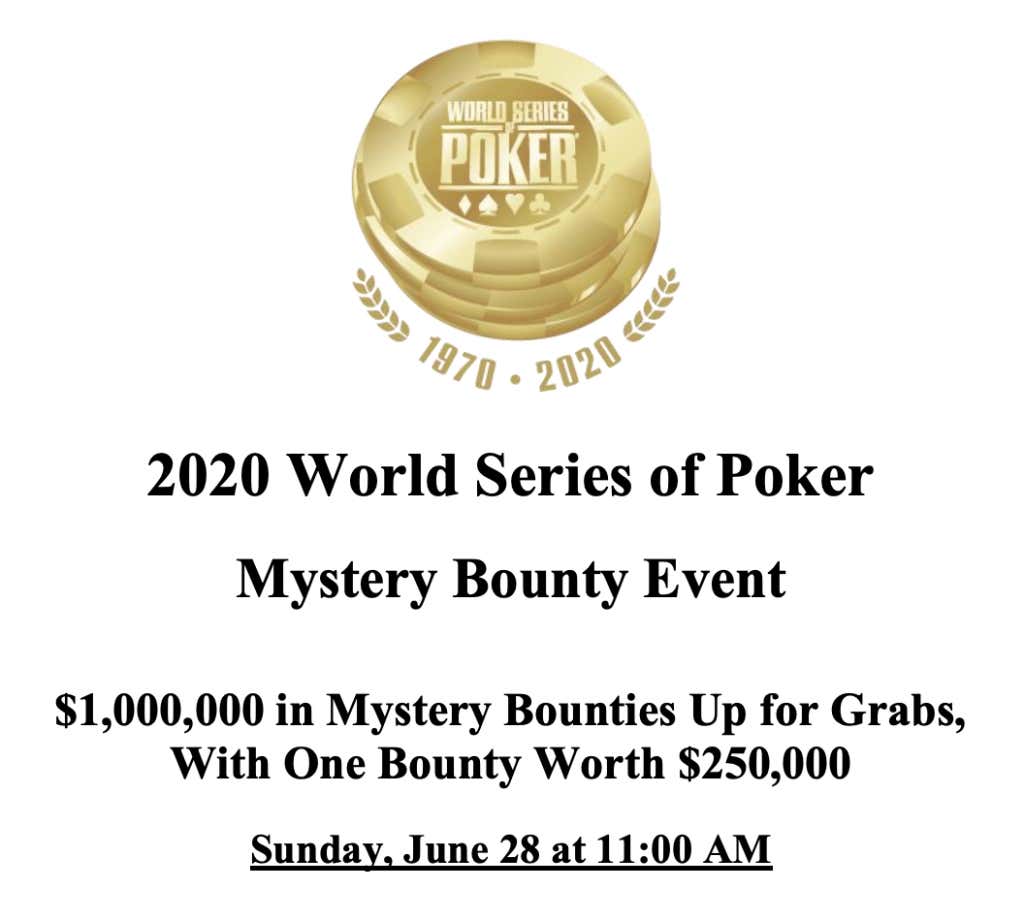 I’m sorry, come again? Say what? This is one of the greatest ideas/promotions for a poker tournament I’ve ever seen. Usually in bounty events if it’s a $1,500 tournament, it’ll be something like $1,000 to the prize pool, $300 bounties on every player, and $200 rake. In this bounty event however, the amount of every bounty is a mystery, and the kicker is, one bounty is worth a staggering $250,000!

WSOP - The 2020 World Series of Poker will offer a new event, the $1,500 Mystery Bounty No-Limit Hold’em Tournament. This event is similar to a typical bounty tournament – every player will be a bounty – but the major difference is not all bounties will have the same value. There will be 100 “Mystery” bounties. Each one will be worth at least $2,500 and could be worth as much as $250,000. The total value of the “mystery” bounties will be $1,000,000. All other bounties, the “standard” bounties, will be worth $100. 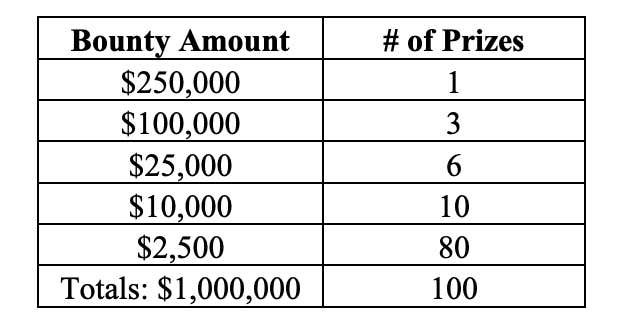 I mean, this is how the WSOP does it. This is how they keep people coming back year after year, with record setting fields every year. They are the king of the gimmick and marketing and by god it works. I mean shit, I flew out to Vegas last year to play The Big 50, which became the biggest live poker tournament every run with over 29,000 players. I finished 529th if you recall.

And now in this new tournament some lucky player is going to register for $1500, eliminate another player, and walk away with $250,000. Buh-nan-as.

Speaking of bounties, listen up New Jersey – we have a Barstool online poker tournament coming on THIS SUNDAY where me and Smitty will both be bounties. 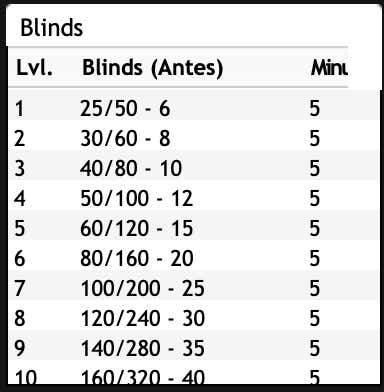 $25 cash bounty on myself and Smitty

It’ll smash that guarantee and I’m guessing will have close to $100,000 for first place. Imagine if you got into it via a Barstool freeroll? That’s the dream.

So if you’re in NJ, join us at 6:30 PM on BetMGMPoker, BorgataPoker, or PartyPoker NJ for the Barstool Freeroll.
We are also playing the Borgata Winter Poker Open on Monday, so be on the lookout for fun content from that.

To prepare for that tournament, we talked on this week’s episode of Cracking Aces about how to adjust to playing tournaments out of your comfort zone.

We also won best poker podcast of the year, which is pretty cool. I also talk about the Shaquem Griffin tweet and what happened with that whole thing.

Thanks to everyone who listens to the show, rates 5 stars, downloads and subscribes.