Last year in January the Blues were the worst team in the NHL. There were whispers of blowing the whole thing up and starting over. And then Jordan Binnington joined the team, guys got healthy, YP got a magic rat, and they went on the most improbably Stanley Cup run in recent times, bringing the Cup to St. Louis for the first time.

Now, you might be wondering, how does that compare to this year's Caps team, who in January are already the best team in the league? One man- Ilya Samsonov.

The Caps are 33-11-5 and lead the Eastern Conference with 71 points. But I don't think that tells the whole story. Not even close. Because as dominate as the Caps have been, they could be even more dominate, but Samsonov has been splitting starts with Braden Holtby. And don't get me wrong here, I love Holtby. He's the reason we have a Cup. But Samsonov has been playing his god damn brains out this season as I wrote about here last week when he was 14-2-1. He now enters the All Star break 15-2-1 with a 2.06 GAA, good for first in the league and a .927 save %, good for 3rd in the league.

Holtby has had great stretches this season, but overall, especially recently, he has been less than ideal, giving up 4 or more goals in 5 of his last 7. 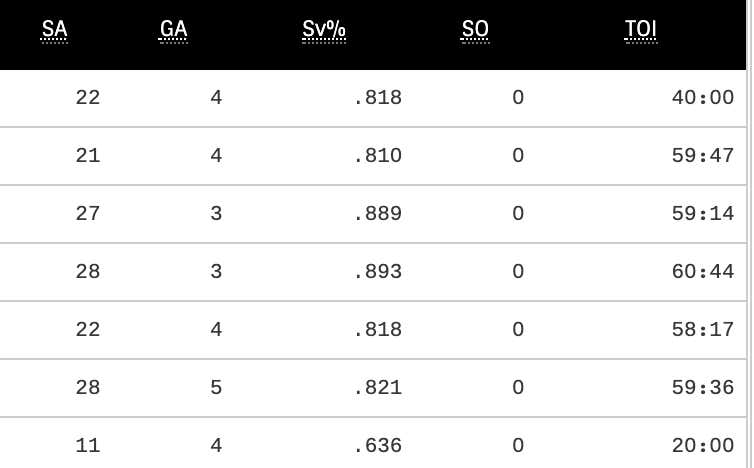 So think about how good of a place the Caps are in right now- either Holtby gets back to his Vezina Trophy winning ways and becomes the dominate starter he can be...or Ilya Samsonov becomes the full time starter, wins the Calder, and leads the Caps into the playoffs. It's a pretty good position to be in.

And that's just the goaltending situation- obviously there's that lil guy named Ovi, there's Oshie who is going to his first ASG right now, John Carlson, Kuzy, Vrana having a career year, and so many others just making this team go.

I really think barring any major injury (knock on all of the wood) this truly is the Caps Year again. I mean obviously I'm no dummy and the NHL playoffs are a whole different monster, I mean who in their right mind expected the Blues to make that run last year, but boy are the Caps so good this season. And playing in the Metro vs the best teams in the league, nonetheless.

I just want to get to the playoffs. Get us there. And then let's see what happens. But I love where we're at right now, and if anything, those odds aren't good enough.