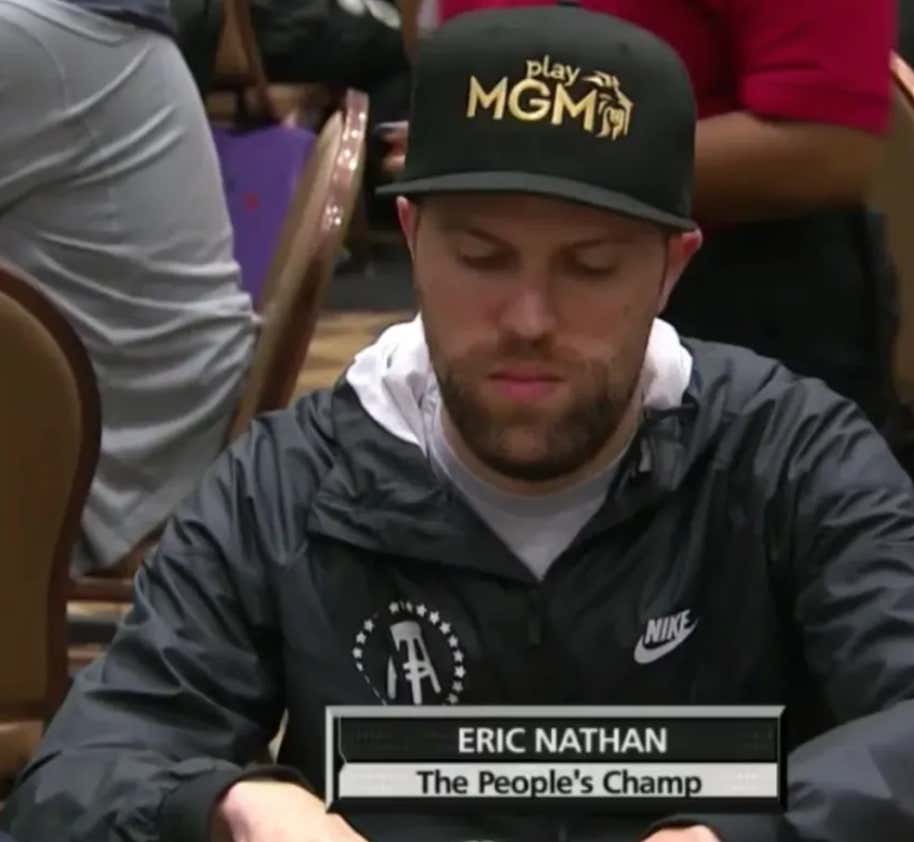 There is nothing I get more up for, feel more alive for, than playing a big live poker tournament. I love everything about it. I love pushing people out of pots, I love the mind games, I love the discipline and mental strength you need to have, all of it. I don't loveeeee the long hours and sometimes boredom is a factor early in tournaments, but if you can build a stack early and start pushing people around, there's nothing better. That Main Event run I had a few years ago epitomizes it. This quote epitomizes how I feel at the poker table:

It's the Mamba Mentality at the poker table that drives me. There's the old saying "I'd rather be a losing aggro than a winning nit" and while I don't condone playing reckless, I fully subscribe to pushing the table to its limit, being the player that people fear. You have to pick your spots, you have to be smart, but you also need to have ruthless aggression. I'm not the most skilled player at the table, but I want the players to know I'm not going down without a fight. Sometimes it costs me, sometimes it rewards me. But I wouldn't ever play any other way.

So today myself and General Smitty are playing the WPT at the Borgata thanks to our friends at BetMGM. Download the BetMGM Poker App in New Jersey and get a 100% deposit match up to $1,000 and a free $25 when you register with code BARSTOOL.

We warmed up for it last night by playing the Barstool Freeroll which got a huge turnout of 701 runners. Thanks to everyone who played, it was a big success. And while playing the tournament in my room at the Borgata, the Cousins came up and I mentioned I think it would be fun to host it for a day. Smitty, who will find an edge where he can, decided that would be the perfect last-longer bet for him and I- if I last longer, I get to host The Cousins for a day. But if he lasts longer, I have to host The Cousins FOR AN ENTIRE WEEK. He could not stress enough how much of a punishment that is, which is absolutely hilarious.

Boy do I look like a short, fat oompa loompa or what? No alcohol or carbs for a month and I still look like that? Damn.

But anyway, while we are being kind and introspective, let me be honest with a couple things in this blog because it's the year 2020 and we are being good to each other in 2020:

1) Me and Smitty have traditionally had a terrible relationship. More downs than up. We've both ruined each other's life at times. He's made me more down in the dumps than any other human on Earth, and probably vice versa.

2) We're good now. What you see publicly isn't always the truth. I am a big fan of keeping kayfabe but also am a fan of telling the truth. I would go as far to say we have zero issues with each other (right now) and I hope to keep it that way.

Honestly we've both made each other feel like such shit that none of that nonsense is worth it any more. We'll leave the squabbling to other coworkers, at least that's my plan.

So good luck to us, hopefully we get rich and Dave doesn't try to steal my money again.