Absolutely disgusting. We've seen a lot of bad beats in our time, but this is a top 5 worst beat. What makes it even worse is there isn't a bad beat jackpot at that casino so quad 4s can kick rocks and the set of aces never even had a chance.

The best part is all 3 hands flopped a piece. The pocket aces flopped the inside straight flush draw, the pocket 4s flopped a set with the full house/quads redraw, and of course neither of them knew the 62dd already had the hand locked up.

It even looks fake because in what world do the turn and river perfectly come out like that? But you can't fake that when it's at a casino. They aren't going to let you rig a hand like that to take a pic for the Gram. Just the brutal mistress of lady luck when it comes to poker sometimes.

Here's another example, but at least in this one the BBJ hit (MGM NH is quad 7s or better)

If you're ever at the table and see a bad beat, feel free to DM them to the Cracking Aces account. Worse the better, of course.

And as always if poker is of interest to you, subscribe to the CA podcast:

On this last episode we talk about our trip to Borgata, go over some hands from the $3500 WPT, discuss how to play against loose players in position, plus more.

Appreciate everyone who listens to the show. We have TWO episodes this week, one that came out yesterday and a new one coming out tomorrow, so hit that subscribe button and have the new episodes when they drop. On today's show we have the pride of Boston, Brian Altman 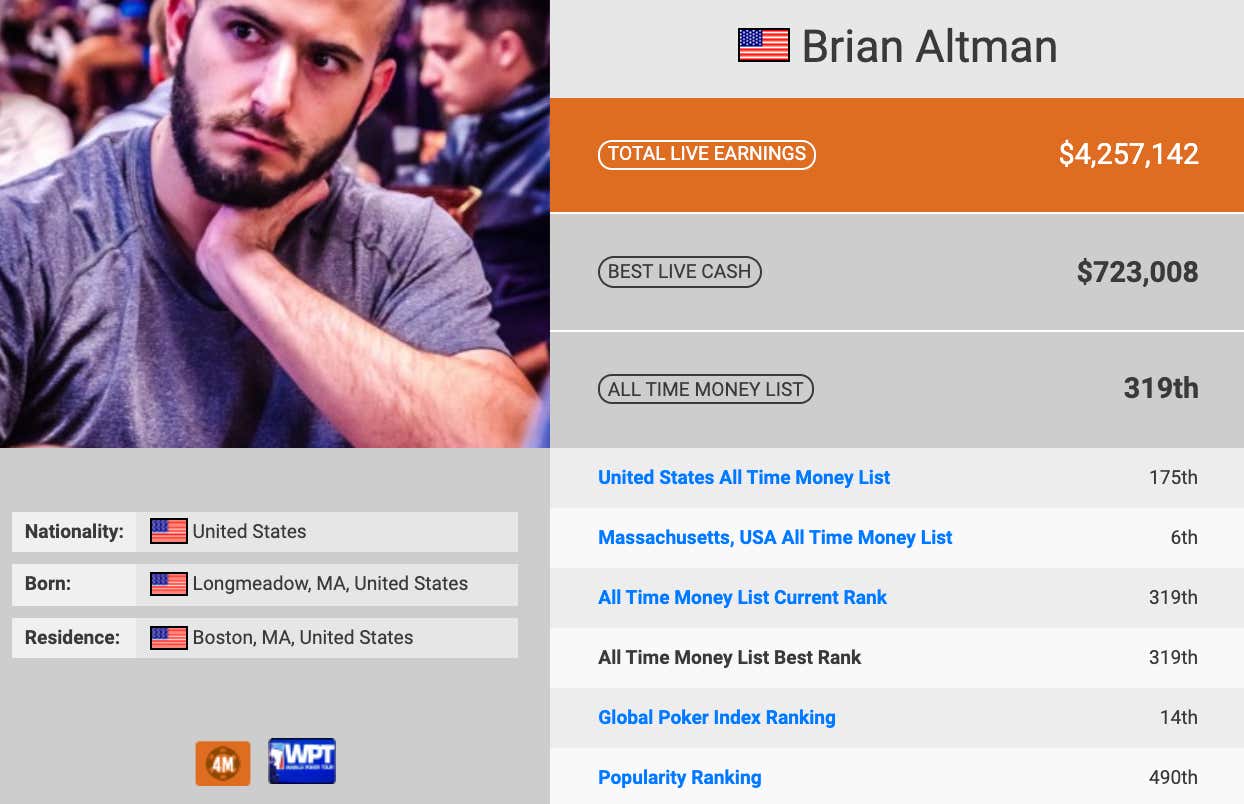 so it should be another good one.