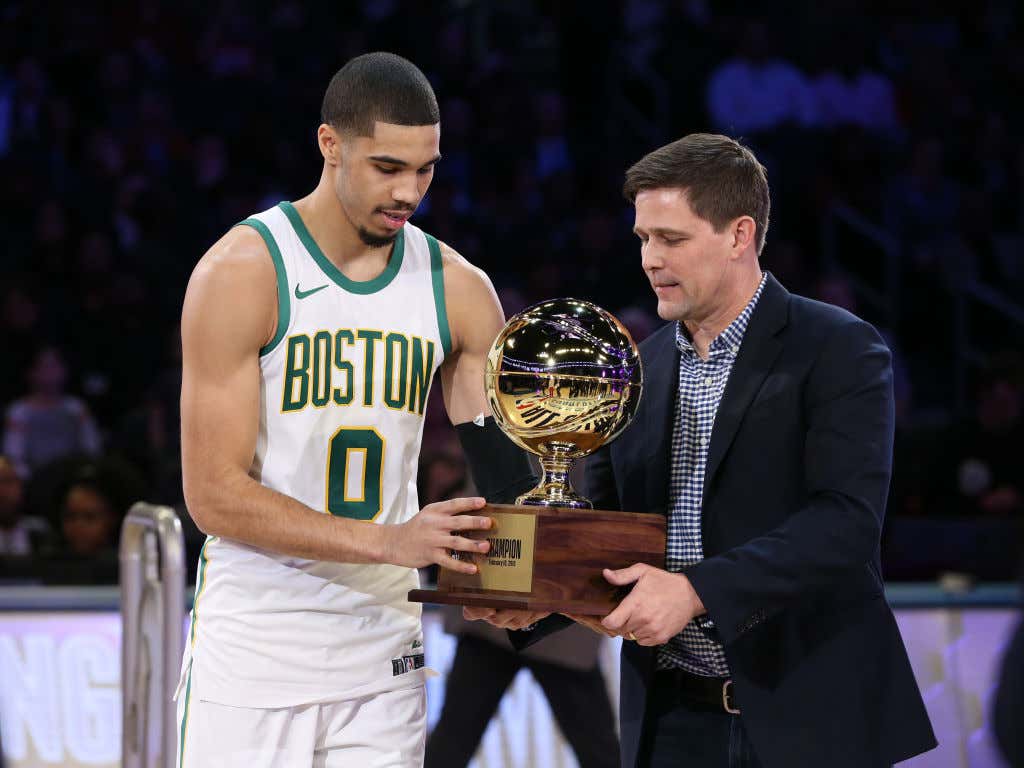 Alright so with the participants officially announced for all of the competitions for this year's All Star Weekend in Chicago we can finally talk about where you should drop your hard earned cash. These competitions can be a little boring at times so you may as well put a little skin in the game, and while I am way too much of a pussy to do it myself that doesn't mean you shouldn't. We'll look at the Dunk Contest, Skills Challenge, and 3PT Shootout because there are some intriguing values out there. Let's dive in.

It definitely stinks that Zach LaVine isn't in this competition, but with a former winners and two guys in Derrick Jones Jr and Aaron Gordon that probably should have won, this is still a loaded field. All these dudes can fly. I can understand Gordon being the favorite, I mean how could we forget what he's done in this competition?

But there's one thing you have to keep in mind. We're going to get some sort of Kobe tribute, probably from Dwight, and that's going to earn him an automatic 50. It feels like Dwight is going to turn back the clock to his Superman days so I feel like that might be worth a few shekels. Personally I think Derrick Jones Jr is going to win, but I can't completely ignore the possibility of a Dwight/Kobe type tribute dunk.

OK so this may not be the best thing for me to try and predict because I am going full blown homer and riding with my guy Jayson Tatum to repeat. He took down Trae Young in the finals last year in heroic fashion

which was a bit of a prayer but also awesome to watch in real time. There are a few guys who have won this thing before like Rose/Beverley/Dinwiddie who are participating, and if you go back all the way to when this thing first started in 2002-03, a nonguard/wing has won just twice. KAT in 2015-16 and Porzingis in 2016-17. I can't ignore Beverley's wrist injury or whatever he has so while he has good value as someone who has won this before, like I said I am going full homer and riding with Tatum.

Now this rule change is interesting. When considering a winner you have to take this change in account and realize that guys like Dame and Trae Young are 100% going to let it fly from this new location. Joe Harris is the defending champ and I can understand why you may think he'll repeat but I just want you to be aware of the following information. Of all the players in the league who shoot from 30-34 feet here is how some of these names do

You have to imagine guys are going to try this new shot out, so someone like Bertans/Robinson/Graham seem like good bets since they are pretty legit from 30-34ft. This obviously helps Dame and Trae out the best, but I'm weary of guys who aren't really spot up shooters. Look at the past few winners of Harris/Booker/Eric Gordon/Klay/Steph/Belinelli. There seems to be a type of player that wins this thing, so I think any of those three are good value.

So just to recap, these are my official picks

I'll remind you I don't really gamble, but those are what the numbers and my heart are telling me. Do with that what you will and just so we're clear I will be expecting 100% of the credit if these all hit and 0% of the blame if they all miss. I want to make that very clear well ahead of time.