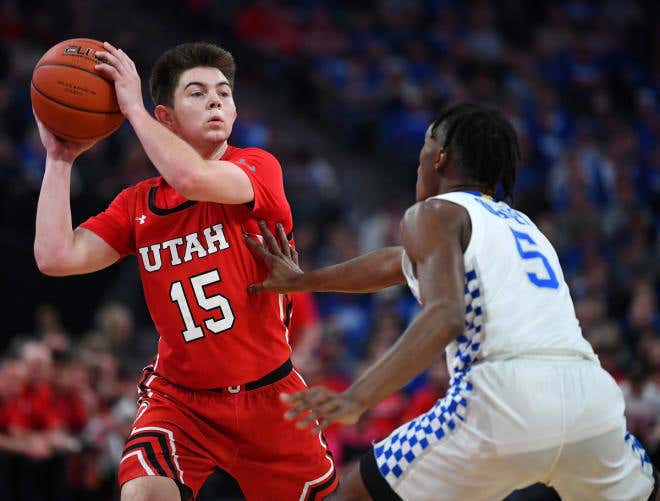 3-1 last night. Could have been an all-time night and a triple winner on the Villanova game if it wasn't for this brutal Butler buzzer-beater.

The over in Nova-Butler hits easily and Ole Miss and Seton Hall both win and cover without a sweat. That's the price of the gambling business though. Sometimes a 20 year old kid will hit a step back three at the buzzer right in your mouth and cost you hundreds of dollars. It's not the first time and unfortunately it sure as hell won't be the last.

The HTC Center in Conway, South Carolina breeds track meets. Coastal plays a high-paced style of basketball that scores a ton of points and lets up just as many. Some have even referred to them as the "Mike Leach of the Sun Belt". I haven't said that but some have. Both teams average over 72 points a game with Coastal averaging 78 while also allowing 75. I see Coastal reaching the 80 point mark here in a win that goes over the total.

The Pac-12 has been similar to the Big Ten this season in terms of their home dominance. Home teams have been absolutely crushing in the Pac-12 and thats why I'm riding two Pac-12 home teams tonight. Colorado has been dominant at home and I love the leadership that McKinley Wright IV brings to this team. Good guard play is absolutely essential to success in college basketball nowadays and Colorado has a edge in guards and depth. I love Colorado BIG here.

Watching Rylan Jones play basketball can either be the funnest or the most frustrating thing in college basketball depending on who you root for/bet on. There's nothing more annoying than getting toasted on the basketball court by some 12 year old looking twerp with a punchable face like you read about. In this case I'm riding the train with Rylan Jones and Utah. Even the name Rylan is annoying! But fuck it, Stanford is gonna have their hands full on the road trying to guard Rylan Jones and Timmy Allen. Gimme the Utes baby, lets ute it the fuck up.