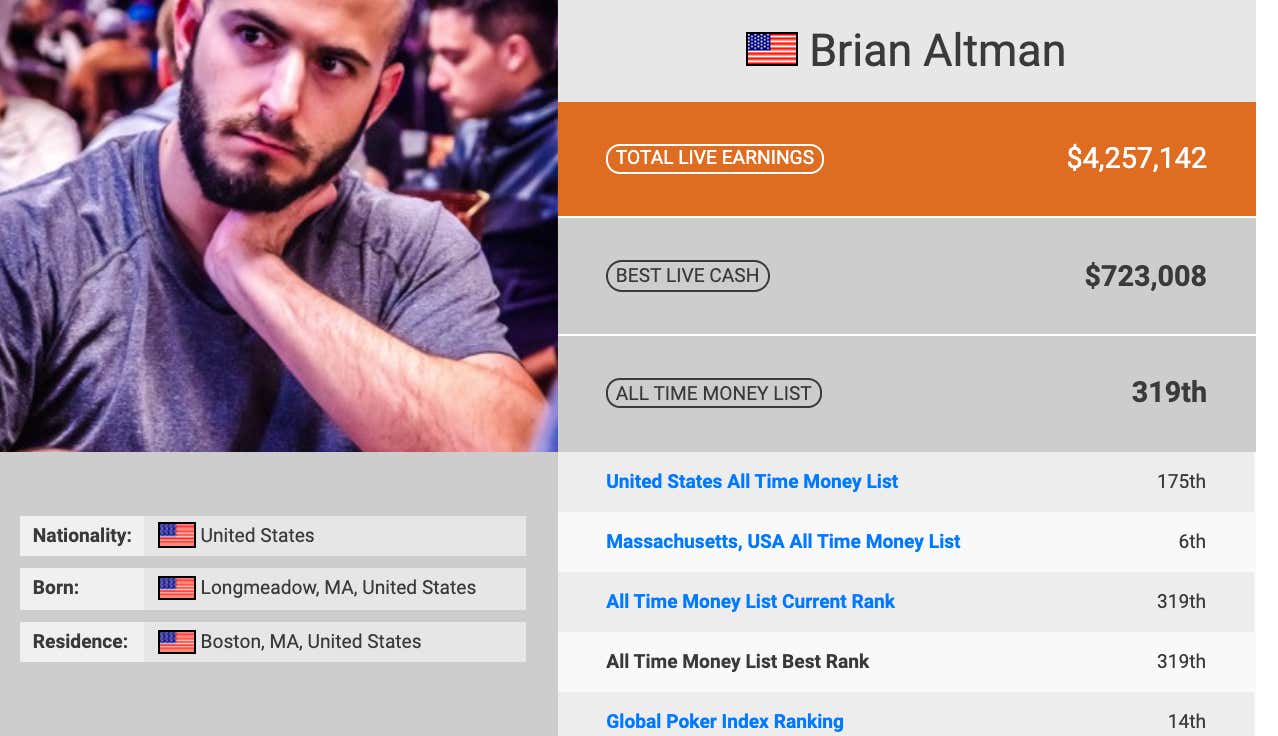 He then hopped on a plane and went right to WPT Borgata, where he now sits 2/6 heading to the final table that will be played down to a winner in April in Las Vegas. So he's already guaranteed $143,264 and can win $674,840 if he takes it home. The good ol' fashioned back to back WPT final tables and potential WPT wins. Not bad, not bad at all.

Well we were lucky enough to have Alty on the most recent episode of the Cracking Aces Podcast and he was awesome. He talked about moving from being an online player to live, about how he focuses at the table, and what strategic changes he has made to crush even harder. He also talked about live variance- he went his first 35 or so live tournaments without even min-cashing. I hope I don't go my next 35 live tournaments in a row without cashing, would be bad for the brand, but I know it's entirely possible.

He also dropped this bombshell- he was at my table in the 2017 WSOP Main Event and saw me run a pretty sick bluff.

Pretty cool he remembered that. That was such a fun time.

Also on today's show we talk about how Norman Chad took anotherrrrr shot at Barstool but still won't come on the show to talk about it, smh.

We also talk about Phil Galfond's heads up PLO challenge, the return of High Stakes Poker, if Stormi Jenner will ever eat at Subway, if we should become vloggers, and much more. Thanks to everyone who subscribes, listens, and rates 5 stars. Love doing this show, and it's the best poker podcast on the market. Lots of cool content to come as well, so be on the look out.