[Stadium] - “I didn’t even know what a spread was,” Teague told me. “My teammate explained it to me after the game. He showed it to me, and then he explained to me what they were talking about. I didn’t understand what was going on. I don’t bet, so I was lost.

“I was confused. I was really confused,” he added. “I didn’t know what they were talking about. I showed my teammates and they were laughing.”

So earlier this week, Baylor's MaCio Teague - an 86% free throw shooter stepped to the line for what seemed to be 'meaningless' free throws. Baylor was up 6 with 6 seconds to go. There was no chance Kansas State would come back, Baylor was getting another win. Howevah:

Yep, we've all been here before. You see the guy going to the free throw line and you just know he's going to miss. Doesn't matter if it's an 86% free throw shooter. The moment you're sitting on Baylor -7, that free throw shooter is DeAndre Jordan. But here's the thing. 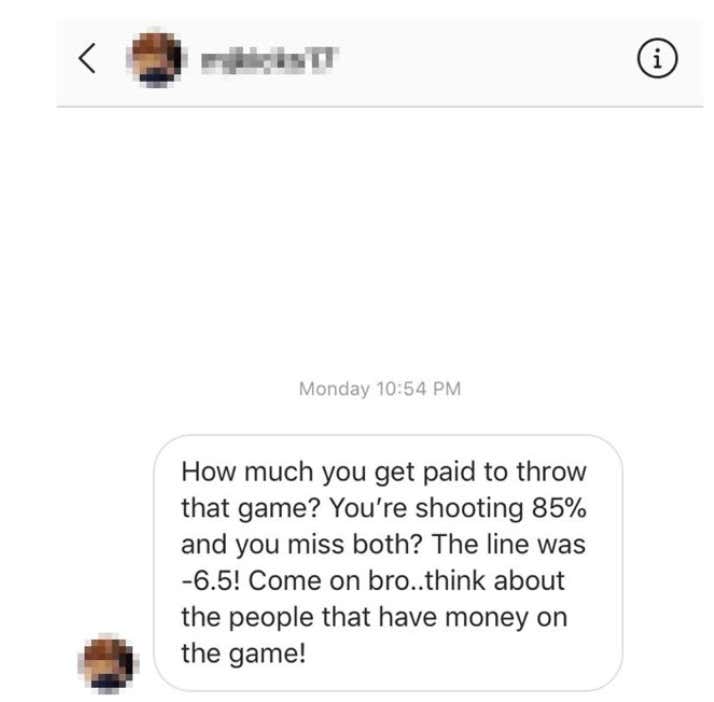 There are a bunch more from Goodman's article. He says that Teague got over 20 DM's that he showed to Goodman.

Just complain on Twitter like the rest of us. Just complain that you had a bad beat, go on tilt and put too much money on the next game. You chase the late game. That's the normal thing to do here. Remember, this isn't the first guy to come out this year and talk about getting threats and whatnot because of a spread.