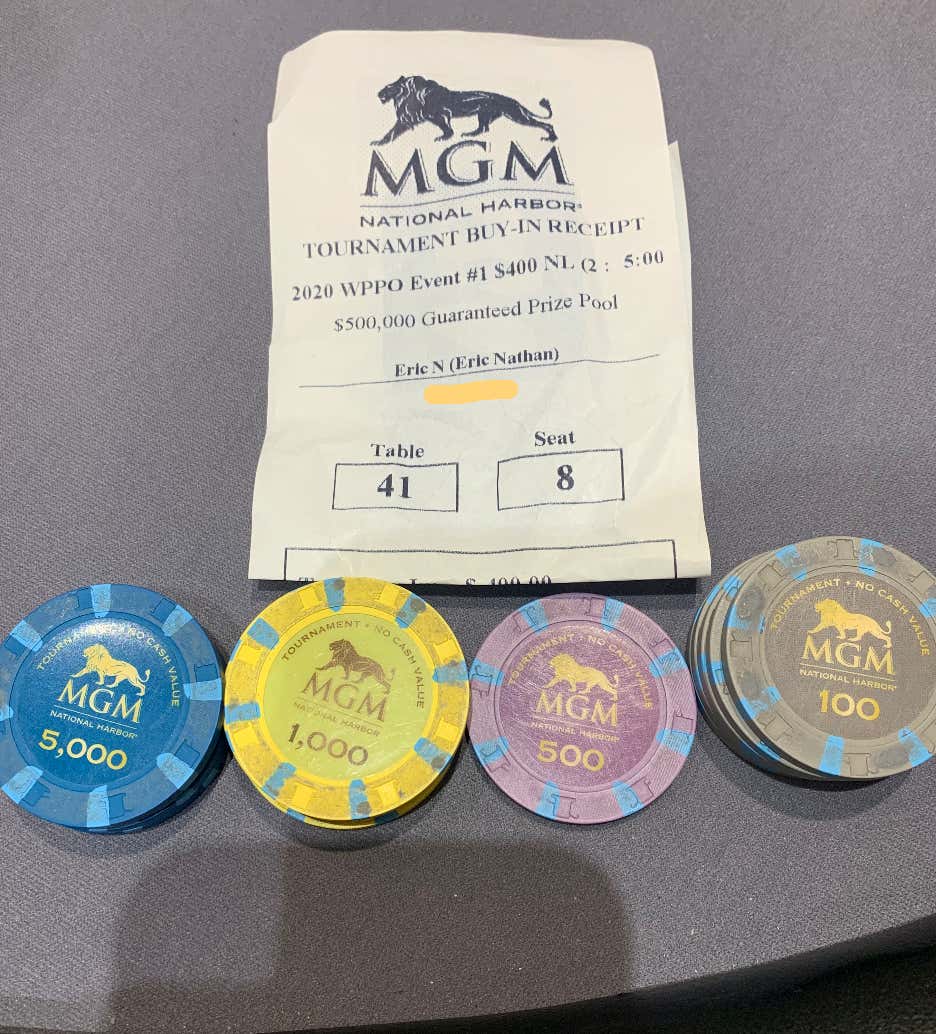 Ah yes, the start of a poker tournament. I'm bright eyed, bushy tailed, ears perked up like a dog with a fresh patch of dirt to roll around in. I look around my table and see no familiar faces. Nobody who looks like they are the next Phil Ivey. The cards are dealt, and next thing you know....you're out.

Poker tournaments are tricky bitches. It's not like a cash game where you can rebuy in and get unstuck- you pay your money, you get your chips, and you're off to the races. I much prefer tournaments over cash games- for one because they require much less skill, but for two because when you get rolling, there's nothing better than imposing your will on a scared table. Running them over. You know how the old saying goes,

But unfortunately for that to work, you have to get going. And get going today I did not.

When we just talked to poker tournament crusher Brian Altman on the most recent episode of Cracking Aces, we talked about two things that were of particular interest to me: Live poker variance, and the amount of fun the process of winning a poker tournament is.

Let's start with the first part, variance. You aren't going to win every tournament. You aren't going to final table every tournament. And you aren't even going to make the money in every tournament. Most tournaments will pay out 10-15% of the field, and even a mincash is rather small. The real money is at final table, particularly the top 3 or 4. And it's hard to get there. Bad beats, better players, and variance all play a part. But if you are good enough, it should all even out in the long run. Good players will make money, bad players will lose money. Brian Altman, who is creeping up on $4.5 million in career live earnings, started off his poker career going 0-35 in tournaments. Didn't cash once. And it took him a few years to really get a breakthrough score, despite always having crushed online. You just play so many less tournaments live than online, and they take soooooo muchhhhh timeeeeee, that it becomes hard to break through that variance because of how hard it can be to put in volume.

And as you guys know, I don't play much volume at all. A few tournaments a year, maybe 10 at the most? So if a good player can brick 35 in a row, that means I could realistically go 3 years without even a mincash! Thankfully that isn't the case for me right now, as I finished 529th in the Big 50 at last year's WSOP, but every time I don't cash a tournament I play, I feel I let the stoolies, and myself, down.

But on the opposite side of the coin, my first 3 career cashes were all final tables. A 7th, 4th, and 3rd. Pretty sick. So I'm always optimistic that I have a big score coming soon, just have to not play stupid and be a little bit on the upside of variance.

And then the 2nd part, the amount of fun the process of winning a poker tournament is. Brian sent this tweet which got us talking:

I asked him to explain what he meant and he compared it to when you buy a lottery ticket and you start thinking about what you're going to do, what you're going to buy, how you're going to quit your job. That part is the fun part. But then you win the tournament and it's just on to the next one. You still have a job to do. But the process of winning it is the best. And it's my favorite thing, as I mentioned above. Being in the zone, bullying your table, winning hands, stacking chips, looking at the amount of money you can win if you final table. That's the most fun you can have. My Main Event run from a couple years ago when all the stoolies, ESPN, Twitter, everything was focused on me, that was such a high that I hope I can one day have again.

So today I came down to Washington DC for this low buy in, high prize pool tournament I've been eyeballing for a while. It's not often you can play a tournament for only $400 with a first place prize that should be between $75-$100k. Small price, high prize.

To just mincash this tournament, the days have been long. Lots of grinding. So I planned to buy in late tonight, run up a stack, and have tomorrow off.

It didn't go as planned.

You are allowed 2 buy-ins per flight though, so I went right back to the cage and bought back in again. We were now at 400/800, and my very first hand I had K3dd in the big blind. I defended my bb after a raise to 2k and 3 callers. The flop came T6X, 2 diamonds, one spade. It checked around. The turn was the King of spades, I bet, got one caller, and older gentleman with a pretty big stack across the table. The river the 6 of spades. I checked, the man I was heads up against tanked a bit and put out a sizable bet of 12k. I was thinking a few things- He could also be betting with a missed draw, my checking on the river after leading the turn looks weak so it's possible he thinks he can bluff here. Well, I didn't think about the fact he went runner-runner spades with the 85ss, and I made the call and was down to peanuts that quickly. Whoops.

A few hands later I was out and on my way to Shake Shack to cheer myself up a bit. It took about 15 minutes and I was out $800 and sucking down a milkshake like somehow there was another $400 buy-in at the bottom.

So I'll be back at it tomorrow. I believe it starts at 11am and I'll try to show up close to on time. A mincash is only $550 so after 3 bullets I will need to bag a big stack going into Sunday's Day 2 to hopefully turn a profit. And to be honest, there's a chance if I bust bullet 1 tomorrow I go for it again.

Should I be putting $1600 into one tournament that doesn't even have that good of a structure, and that  I sold 0% of? Probably not. But what is life for if you aren't taking chances, shooting your shots, and really going for it every once in a while?

as I try to make it more than 15 minutes. That'd be a first, amiright fellas? Heyooo.