Phil Galfond (former CA guest) has accomplished almost everything there is to accomplish in poker. He has played and crushed at the highest stakes against the best players. He has won more money than most could ever imagine. And now he has started and runs his own online poker room. He's respected by his peers as one of the best to ever play the game.

So to hype up his new poker site and to challenge himself, he created a heads up challenge, where he agreed to play anyone in the world to high stakes heads up PLO with substantial side bets on each match. For his first match he is taking on Greek player "Venividi" in 25,000 hands, with an additional €200k:€100k sidebet if he loses.

So what happens in your head when you are down a million bucks (plus the additional 200) when you're only 40% of the way there? Let's read: 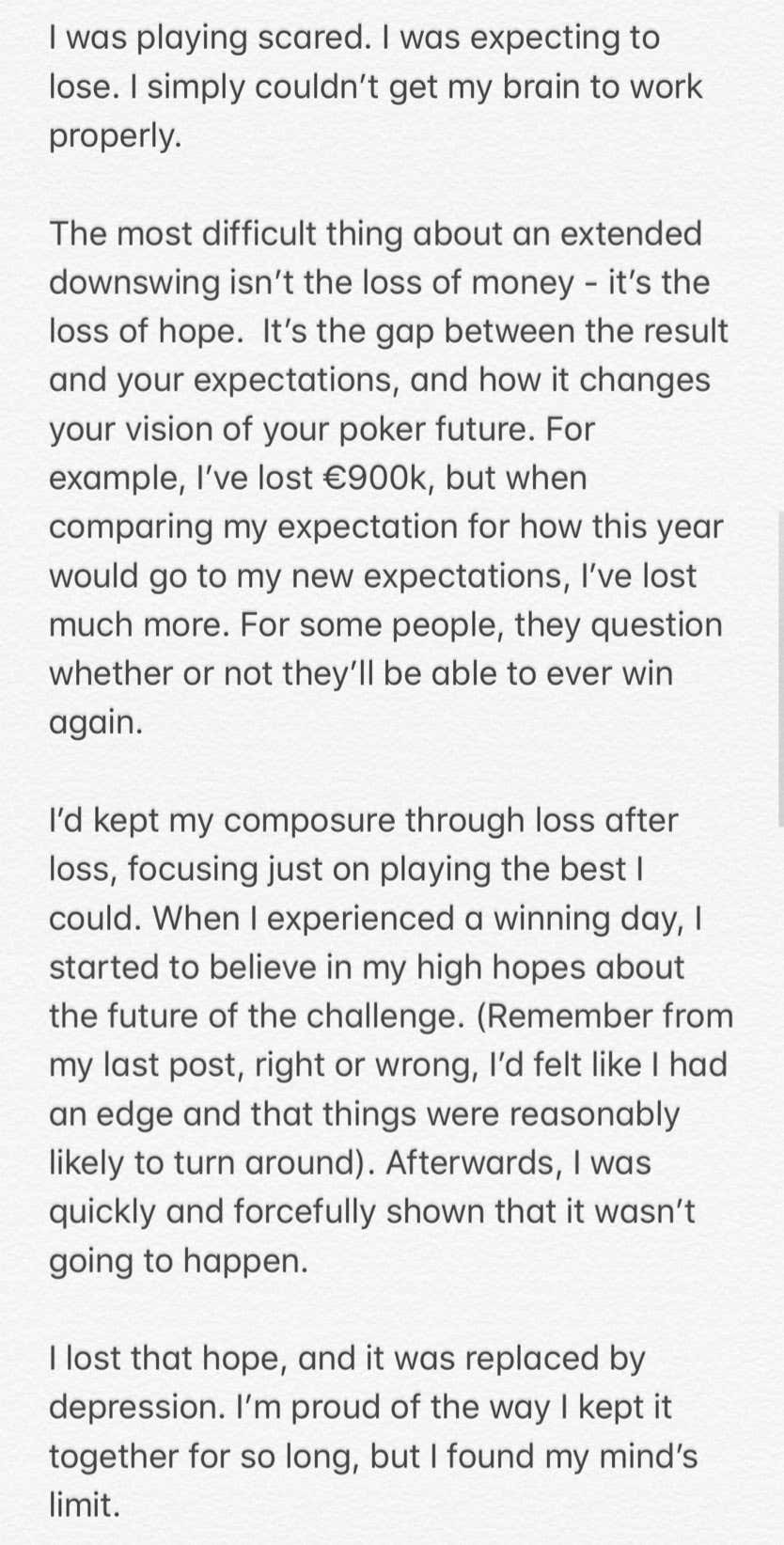 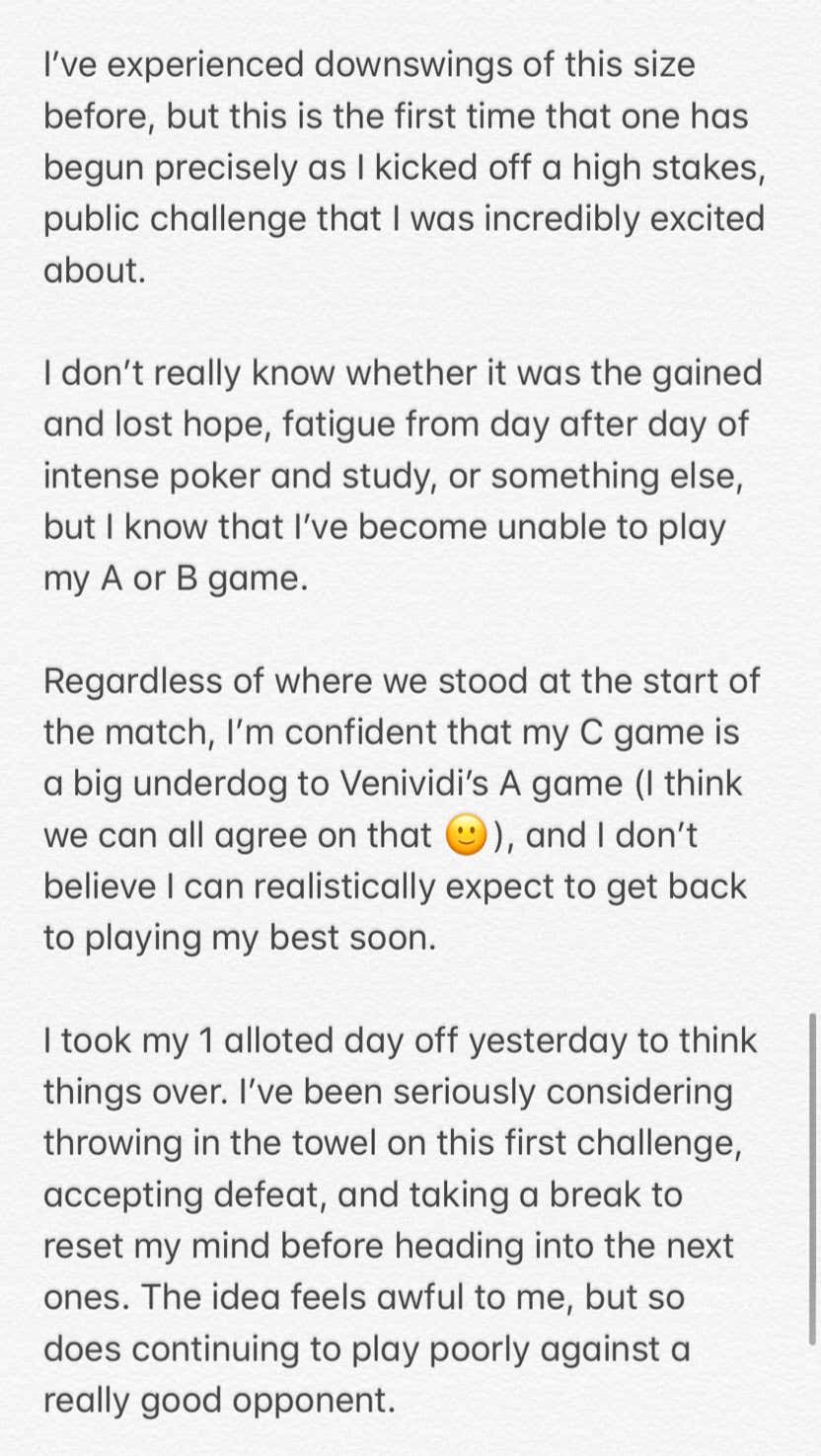 Unreal transparency from Phil here. This is a guy who has won and lost millions before, but he's still human and when you're 1-12-2 in your first 15 days of a challenge, down a million, and still have 60% of the way to go, it can fuck with you big.

You ever play a level of a video game over and over and over again, and no matter how good you think you're doing it, you can't win? That's what Phil is dealing with now, except with huge money on the line. He's second guessing every check, bet, and fold he's making. His brain is collapsing into itself.

And what's crazy is he has the money. Sure a million might sound like a lot, but it's not the money. It's the mentally draining aspect, the fatigue, and the affect it has on your brain.

It's good to know that even the best in the world feel the same as we do. And it relates outside of poker as well. Ever feel like everything you're doing at your job is wrong? Your boss is on your ass? No matter what you do you can't get it right? It happens in every corner of life, to everyone.

Hoping Phil gets his shit back together, gets back to the challenge, and goes on a sick run to get back into the game. You can lose €900k...so you can win it back too.

If you're interested in poker, check out Cracking Aces.

We've had on Phil Galfond, as well as most every other big name in the game. On today's show, Kelly Minkin who ran this bluff with ~100 left in the Main Event.

That'll be coming out tonight, so subscribe now to get it when it drops.

And in the meantime, you can catch up on the other 40 episodes on iTunes, Spotify, Stitcher, etc.