As if the Champions League knockouts needed any added boost of excitement (hint: they do not), we suddenly got SERIOUS distractions for two of the heavy favorites… 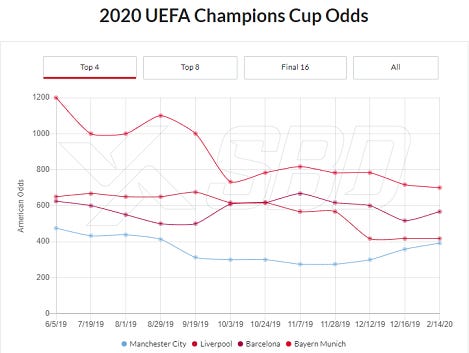 Suffice to say there are juicy storylines GALORE and I’ll try to dig into as many as I can to get your soccer boner nice and fluffed for some of the extremely enticing matchups on offer over the next month or so… but first time to get your mind right with the sweet sexy sounds of the second greatest anthem this world has ever known:

The field has been whittled down to 16 teams and if it feels like we still got a long ways to go with this puppy, welp, that’s because we very much do before the last two standing will face off in Istanbul on May 30. For now though let’s focus on the here and now – namely the first four (of eight) legs of the Round of 16 that will be played this week, which set up like this: 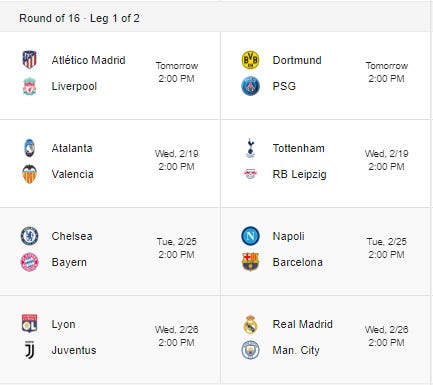 Breakdown
So, yeah, this is shaping up to be a struggle for the Other Madridistas, who – as if we needed any more evidence that the soccer gods are conspiring to hand Liverpool all the trophies – are dealing with injuries to Diego Costa and Joao Felix, meaning that they will be highly dependent on the deadliness of Alvaro Morata. Against English opposition? What could possibly go wrong?? (Atleti will also be without Hector Herrera and Kieran Trippier.) Liverpool, on the other hand, are more or less fit as a fiddle. 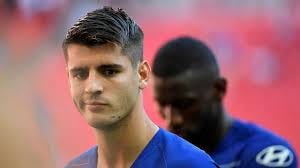 There is really no reason why Liverpool should lose this game barring the kind of inexplicable egg-laying-performance they were once known for but have gone the way of the dodo/Loris Karius since the arrival of VVD. Perhaps the Reds will play things extra conservative and think that a draw is enough away from Anfield, which let’s be serious it probably would be, but sitting back is not really a strategy that suits this team.

PREDICTION: 0-0 or possibly 1-1 draw doesn’t seem too far-fetched but the opportunity to get a team that hasn’t lost since Tim Tebow was a virg (thereabouts) at plus-money is too tempting to pass up. Liverpool to win 2-1.

The only hope for the rest of the EPL this season… Champions League? Meh, TBD

Recent form
Dortmund: offensively, great! Defensively, not at all great!
PSG: damn good until an bizarre bump in the road this past weekend

Breakdown
PSG’s backline has been air tight throughout this season’s Champions League campaign, which is what makes this matchup so compelling because Dortmund led by Erling Haaland and Jadon Sancho (s/o The Babyjesus Jr.) have looked unstoppable this last couple months. However this game goes, and it really feels like it is one of those could go either way depending on a couple lucky bounces or fortunate 50/50 calls it should be A+ entertainment for neutrals… likely a fair bit more exciting than Atletico/Liverpool if we are being honest.

Unfortunately there is the little matter of Dortmund’s soft underbelly that could be absolutely RIPE for the exposing by PSG, who are bursting with weapons now that guys like Neymar and Mbappe (complemented by Icardi, Di Maria, etc) are healthy.

PREDICTION: if I was going to bet anything from this game it would be the OVER… but as far as final score goes I’ll say PSG to win 3-2. 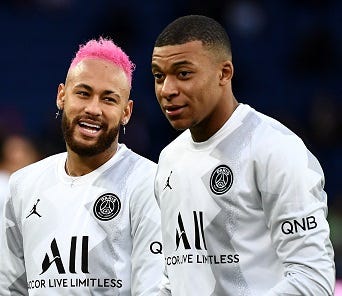 Credit to Neymar for trying new things, I guess[/caption]

Recent form
Spurs: not as good as some of recent results might suggest
RBL: more good than bad 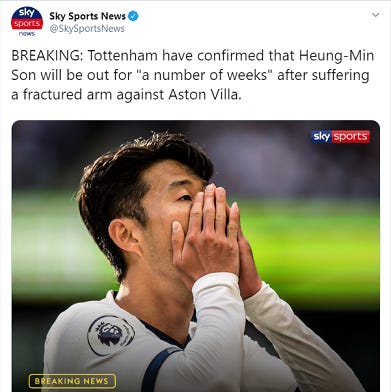 Tottenham are now without Harry Kane and Heung-min Son, which means the decision not to sign a backup striker this January went from a swift kick in the dick to a sledgehammer to the nutsack.

What I had initially written about the game it that is will be YUGE for Dear Leader Jozay, who has been scrounging points out of thin air despite mostly disappointing performances from the squad. It is the antithesis of what Spurs have been for years where the team would overachieve qualitatively but always and forever lose any game that really truly mattered. But now Mourinho has a built-in excuse if/when the club loses so I’d argue the pressure has actually ramped down on him. Instead the pressure is on whoever the hell he throws out there to replace Son at striker. The options are (likely) going to involve some combination of Lucas Moura, Steven Bergwijn and/or Dele Alli. Not terrible but deffffffffinitely not ideal. A lot of Spurs fans will call for Jozay to turn to Troy Parrott, an 18yo striker who has been dubbed the next big thing for a couple years now but had not been trusted by Pochettino and is not yet trusted by Mou. There is no doubt he has talent but he has been stuck in purgatory between the u23 and first team all season, and hasn’t played nearly enough minutes for much to be expected of him. Seems unlikely… but maaaaaaaaybeeeeeeee. (Probably not though.)

On the other side, RB Leipzig are just a damn good squad from front to back – and fun to boot! – with guys like Timo Werner who must be salivating at the prospect of exposing Tottenham’s sad, sorry, swiss cheesy defense. If there is a small silver lining for Spurs is it that the Germans will be missing some important players to injury (Tyler Adams) and suspension (Dayot Upamecano), which should be a little more room in the middle of the field for n00bs like Giovanni Lo Celso and Tanguy Ndombele to potentially really announce their presence in North London.

PREDICTION: lots of action and plenty of goals ultimately resulting in a (FAMOUS!?) 2-2 draw that ultimately leaves nobody feeling totally satisfied but both teams alive for the second leg.

Breakdown
Easily the lowest profile matchup of the entire Round of 16… but almost certainly won’t be the most boring. Atalanta have re-found some of the form that made them one of the breakout clubs of the 2018-19 season and are capable of hanging some ugly numbers. The combination of Josip Ilicic, Duvan Zapata and Luis Muriel have been killing it in Serie A lately and are going to be a big problem for Valencia, in part because the Spaniards have not been playing well and at least as importantly have some massive holes in defense thanks to the injury of Ezequiel Garay and suspension of Gabriel Paulista. 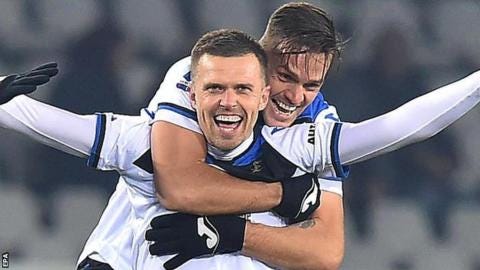 So there we have it. Some insanely compelling games coming up next week, none more so than Real Madrid hosting a Man City club suddenly facing the prospect of not playing in the Champions League again anytime soon – if ever (overly dramatic gasp)!

Also, in the meantime let this serve as a reminder that Europa is back this week (in case, you know, you got nothing else to do with your life on Spursday)… 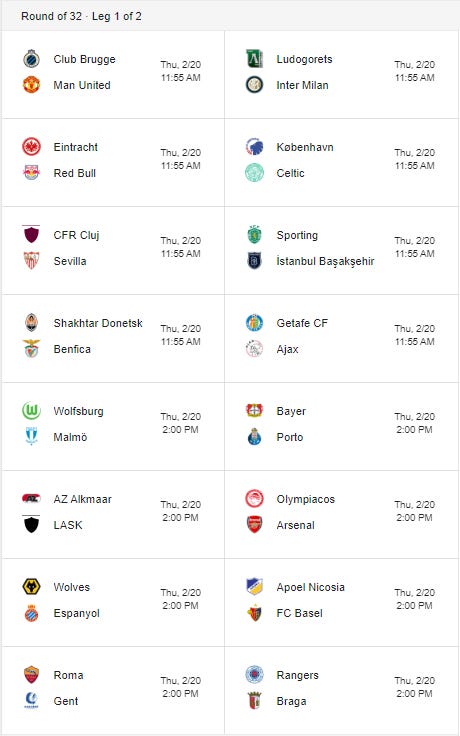