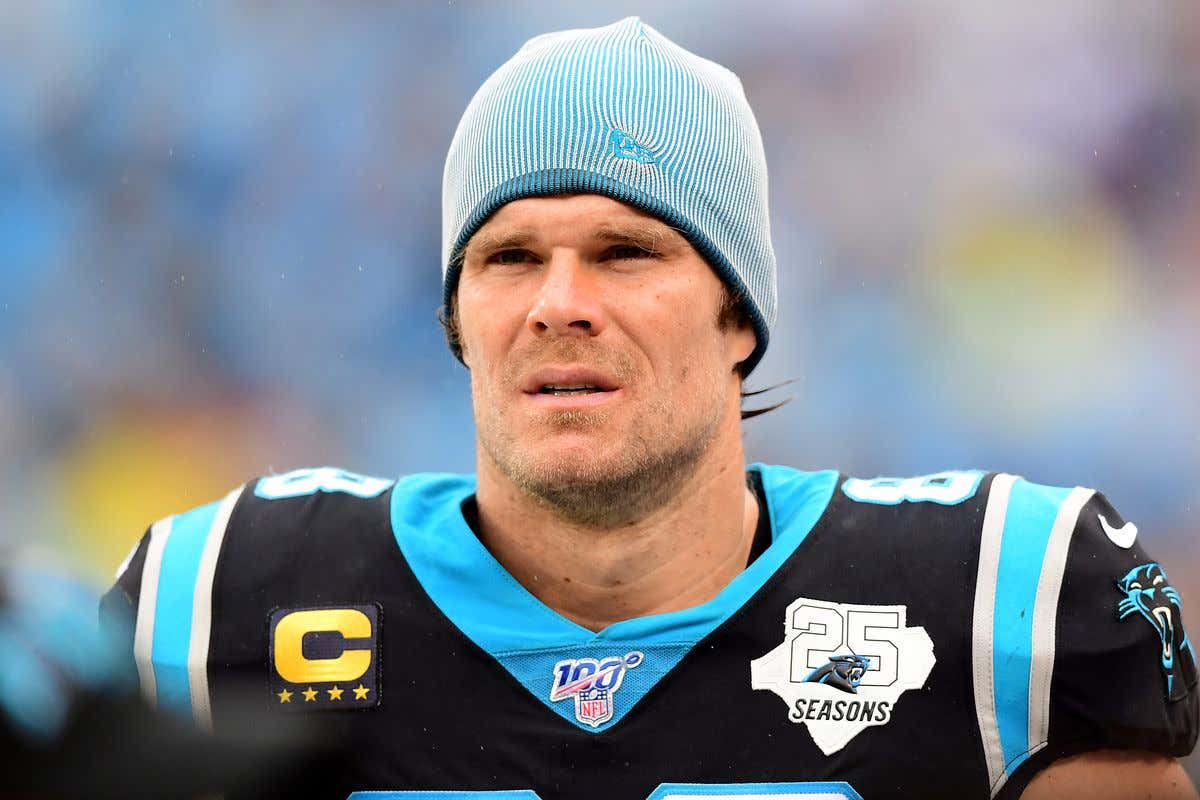 Quick NFL hardo note: While you MLB joy-boys are counting down the days to spring training, I'm watching the all-22 from Week 3 2019 (good week) until my eyes bleed so I can get an edge for next NFL gambling season. Now to the Olsen news:

Atta boy Greg! The Bears let you go and they never looked back, and that pisses off Chicagoans like me to this day. Like a supportive ex, I'm just happy to see you happy.

Helluva move to abandon ship with some gas left in the tank and avoid the impending debacle of the Ron Rivera-less Panthers in 2020 (over/under team 6.5 wins). Go ahead and drag your third leg across the nation to link up with one of the most threatening late-game QBs in the NFL.

Bad. Very bad. But that's life - you do dumb shit that you wouldn't dream of doing 10 years later and you keep it moving.

Back to football. The Seahawks' acquisition of Olsen hasn't shifted their projected wins at 9, but that comes at no surprise since oddsmakers were anticipating Seattle to add skill position talent in the offseason. If Olsen stays healthy, he'll bring a veteran presence and reliability (4 drops in the past 4 years) that could catapult the Seahawks to a deep playoff run next season. Wilson turns nobodies into somebodies, and Olsen is already a somebody.