It's the big one, Elizabeth...

I am VERY excited for Wilder vs. Fury II TONIGHT broadcast from The MGM Grand Garden Arena in beautiful Las Vegas, Nevada, on FOX PPV.

There will be a total of 4 fights on the main card, which starts at 9 PM ET, and the whole shebang will set you back $80.

The question I get asked all the time is- "Large, how does that little Vespa hold all your weight?" 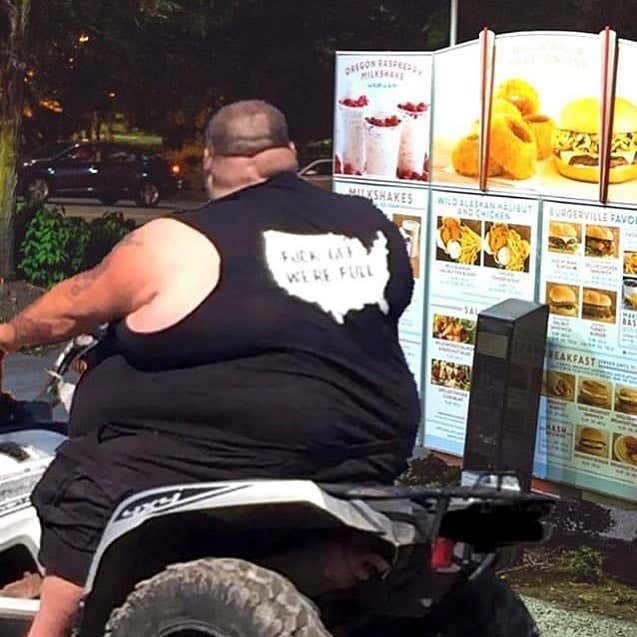 The second biggest question I get asked is- "Large, is this fight worth buying?" and I will tell you this... The undercard is a fucking STINKER, but I assume promoters knew they could've scheduled a tasteful interpretive pre-fight dance, and people would still tune in because this is the most significant heavyweight title fight in 20 years.

I will still mention the fights leading up to the Main Event, just to be thorough, but I can't be 100% sure of the order because these things are subject to change.  However, I assume they will start with a freakshow...

Two unbeaten opponents are fighting ten rounds at super-welterweight (so around 154 pounds).

"In this corner, and standing at 5'10", you have the Australian, Daniel Lewis!"

(I know that's Daniel Day-Lewis, but how fucking great was 'Gangs of New York'?)

Since turning pro less than a year ago, Lewis has won all six of his fights and picked up a national title Down Under, but I could care less about him because his opponent is infinitely more interesting to look at.

"And in this corner, you have Sebastian Fundora!" 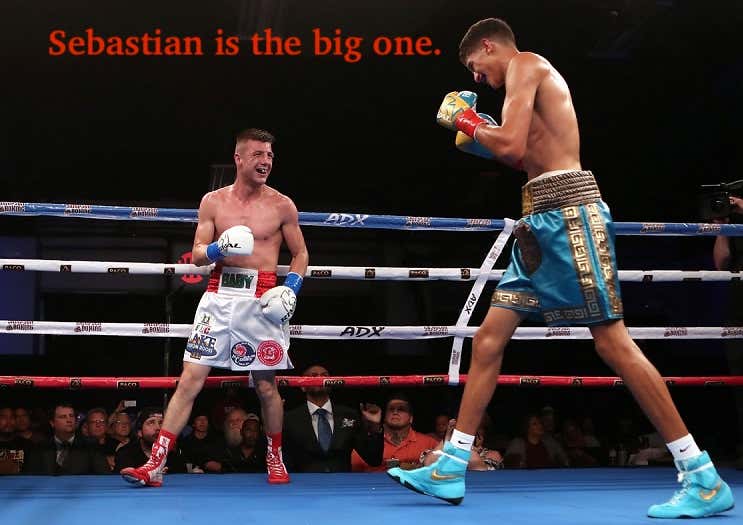 Nicknamed "The Towering Inferno," Fundora stands at a lofty 6'7" but fights at only the aforementioned 154 pounds... Excellent dimensions for a super-model.  Not so much for a super-welterweight.

I can honestly say, I have never seen Sebastian fight, but the 9-inch discrepancy between these two might be the only reason I tune in to watch them go toe-toe... Or face-to-tits. 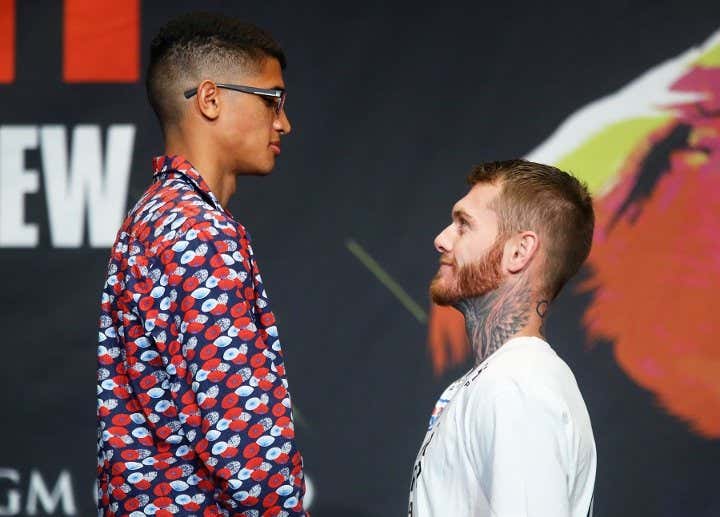 Navarrete and his two nicknames is a HEAVY favorite defending his WBO super bantamweight title against Santisima and is also the best fighter on an undercard filled with either newcomers or has-beens.

Navarrete became a world champion at the end of 2018 when he beat Isaac Dogboe. Dogboe was given an immediate rematch and was beaten even more convincingly when he was stopped in the 12th round.

Emanuel has fought three times since then, securing three knockouts all inside four rounds.

His opponent is fighting outside of his native Philippines for the first time, and I have yet to hear anyone refer to him as "the next Manny Pacquiao," so I am going to assume Jeo is in for a short KO and a long flight home.

This fight is the traditional heavyweight co-feature, but the matchup here infuriates me.

Traditionally, you have a heavyweight bout on the undercard of such a massive title fight, but it is almost always featuring an up-and-coming fighter who might one day challenge one of the men at the top of the bill.  There is an undeniable choice that would have slid into this fight seamlessly, but the powers-that-be instead chose these two tomato cans.

Charles Martin is the man whom Anthony Joshua knocked out in 2016 to become a world champion for the very first time. Since that loss, he was beaten again (in 2018) by the guy I thought should be fighting in this bout: Polish-American prospect Adam "Babyface" Kownacki. 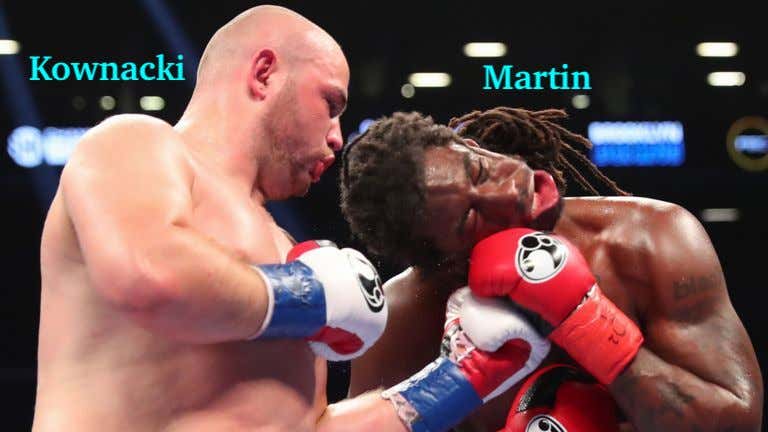 In the other corner, Gerald Washington was knocked out by Wilder three years ago and has also lost three of his last five fights. Much like his opponent tonight, Gerald he is probably past his prime, AND he has recently lost to... Guess who? 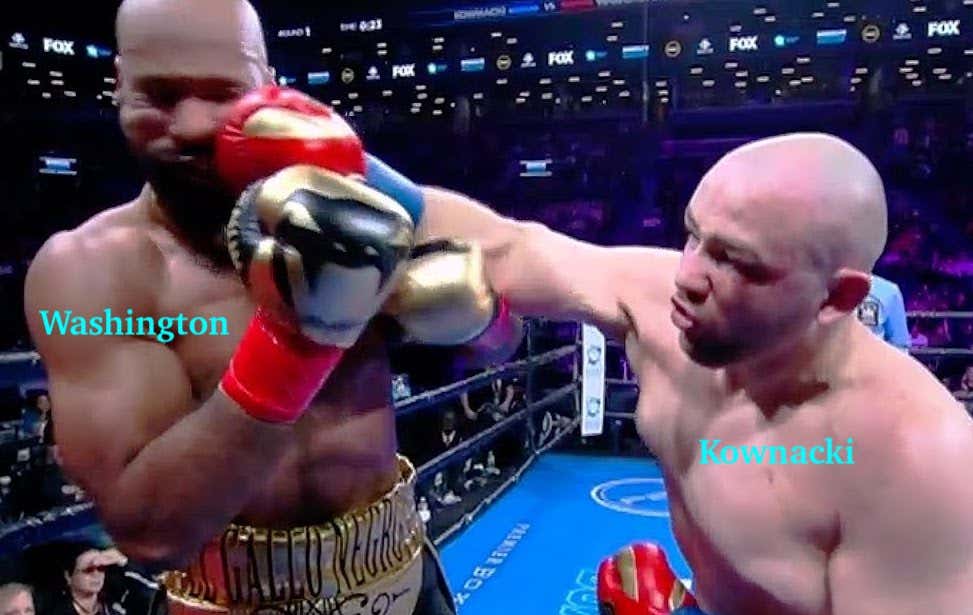 For more on Kownacki, Babyface is fighting some Swede named Robert Helenius on March 7th at the Barclays Center in Brooklyn... I'll be there.

I usually give long-winded previews for the fights I blog (with a little bit of totally unrelated cheesecake splashed in, obviously), but I am not going to do it for this matchup.

The smut stays, but this fight needs no introduction because we all know the players, and we all know what's at stake when Deontay Wilder, the WBC titleholder, takes on lineal champion Tyson Fury in the main event sometime around 11 PM tonight.

I have been racking my brain because, with such close odds, I think there is money to be made here.

I was lucky enough to talk with both fighters on Thursday, and what little time I spent with Deontay contained nothing we didn't already know.

Wilder was gracious and friendly, and I playfully threw in no less than 10 Barstool references in the 6 minutes I had with him...

For those who tried to count along with me, I heard...

Chicks In The Office

And then I hit him with a "Take a report." at the very end.

There was nothing to glean from this interview other than Deontay Wilder is a pretty nice guy.  He's always been a proponent of of "if you can see it, you can do it"-type mumbo jumbo, but we weren't given anything more from my interview other than the fact that I am very uncomfortable with my hands when I talk to famous people and I blink a lot.

1) I fucking HATE that Tyson is talking about retirement after his three-fight deal is up.  It's just bad to hear when you're looking to throw some dough on him.

Plus, he's 31 years old and in a top-heavy division.  If he can keep his mentals in check, he can also take care of his chickens by fighting some of the second-tier names in the heavyweight class for the next five years and still be comfortably out of the game waaaay before he gets to 40.

2) I hate him saying that nothing will beat the Klitschko win… Especially when a win versus Deontay would press the possibility of unifying the division if (and unfortunately that's a very big 'if') the winner of tonight's fight can get a shot at Anthony Joshua. That would be much bigger than the Klitschko win, and it's the unified champ scenario that all boxing fans are jumping up and down for.

3) This whole "going to knock him out in 2 rounds"- talk has me spooked.

At first, I thought it was all smoke-and-mirrors, and Fury would ultimately revert to that herky-jerky defensive stance he took in the first match-up.  That gameplan was enough to get the DRAW and certainly would've been enough to get the win… Had it not have been for the two knockdowns, of course.

But it seems like that is all out the window.

Fury weighed in Friday at 273 pounds, 17 pounds heavier than for their first fight.  He had predicted all along he would be near 270 and commented at the weigh-in that, “It’s 273 pounds of pure British beef.” and, “I’m looking for a KO [of] Wilder.”… Something nobody else had done since 2008 when Wilder was an amateur.

Tyson Fury is younger, taller, heavier, and arguably a better boxer than his opponent tonight.

BUT, if Fury decides that he is going to try and fight this bout like a Mexican, he is inexplicably playing into one of the only benefits Deontay has over him… Punching power that I haven't seen in decades.

Deontay's inability to put 40-year-old Luis Ortiz away sooner in their last fight concerns me a tiny bit.  Still, I can't take the Gypsy King if he is 1) on the eve of retiring, 2) convinced he's not fighting what is the biggest fight of his life, and 3) playing into his opponent's strengths.

FOR BARSTOOL BETS: I love everything about Fury's redemption story, but I will reluctantly take Deontay Wilder in 10.

This one can go either way, but I will take the puncher's chance in a street fight 9 times out of 10.

Enjoy the fights, bet responsibly, don't do drugs and wash your hands before returning to work.