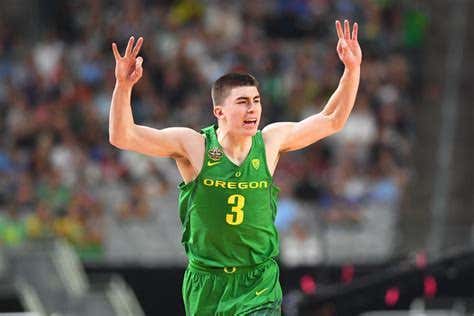 I have really stayed away from giving out my alma mater when it comes to basketball but I really like them in this spot. Everyone is down on the Buckeyes. After their terrible losing skid around the new year everyone jumped off the bandwagon but the boys from Columbus are BACK. After winning five of their last 6 in the Big Ten their clicking on all cylinders. Luka Garza is no doubt a player of the year candidate but Kaleb Wesson has the strength and quickness to contain him from the paint to the three point line. I think THE Ohio State gets a conference road win here similar to how they did a couple weeks ago at Michigan.

I love Bobby Hurley, but I've gotta go with the Ducks here. The line had an insane swing this morning from Oregon +2 to Oregon -2. I hate betting against any team whose best player is named Remy Martin but Payton Pritchard is just white and annoying enough to give him fits. Imagine having that pasty mug staring at you after he picks your pocket and buries a three in your face? The most confident player on planet earth would be rattled. He's the perfect college point guard. I think this game comes down to the wire but a few late free throws from Oregon closes the win out in a high scoring game.

The greatest lesson my father ever taught me as a child was bet on Hawaii on the island and fade them on the main land. That's all I have to say. Fade the Rainbow Warriors. Thanks Dad.