This Tik Tok guy is going viral for figuring out how to beat the system at Dave and Busters. He figured out that you can play certain games +EV and win more tickets than cost of playing. Obviously that's how arcades make money, you pay a ton of money for games and then the value of the prizes at the end are not even close to how much you spent on the games to get the prizes. But we ignore that because arcade games are a lot of fun and getting tickets is a cool little reward. 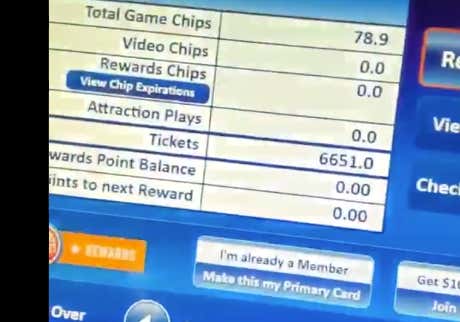 You don't get tokens anymore, you get game chips? But most egregiously, tickets don't come out of the machines anymore????? Kids aren't freaking out after winning a jackpot anymore? 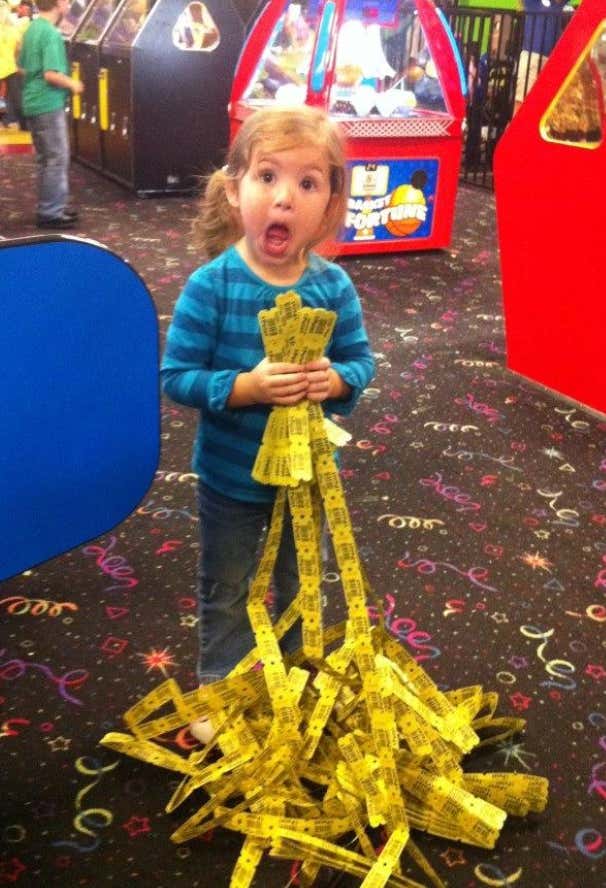 There was nothing quite like folding those tickets one on top of the other and shoving them into any pocket you could find. Getting two cups, one to put your tokens in, one to put your tickets in. It was thrilling. You would look over at someone playing another game and start seeing their tickets pile up on the floor and be like damn, I shoulda played that game.

And then when it's time to go you take them up to the front counter and they fed them into that machine and you were like oh fuck I need 50 more to get that sweet ass stuffed bear, guess I'm getting 15 bouncy balls instead.

All that rush is done now. No more digging into your pocket and finding one last token. No more finding tickets in every orifice and hoping you have enough for a sweet prize. I am all about advancements in technology, but the arcade system was perfect and now has been ruined by digitalization. Shakin' my damn head.