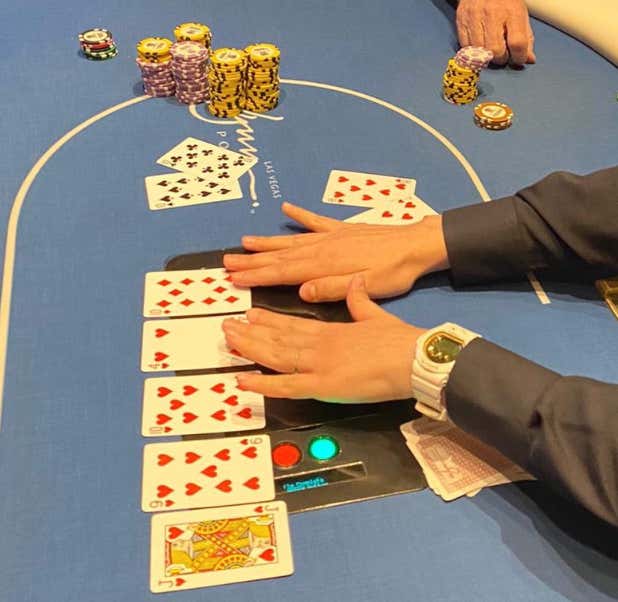 It really doesn't matter who you are or what stakes you play, the poker gods will find you. They will get you. And they got Jennifer Tilly over the weekend. Does this look like the face of someone who flopped a set and rivered quads sitting directly next to someone who flopped the gd straight flush? 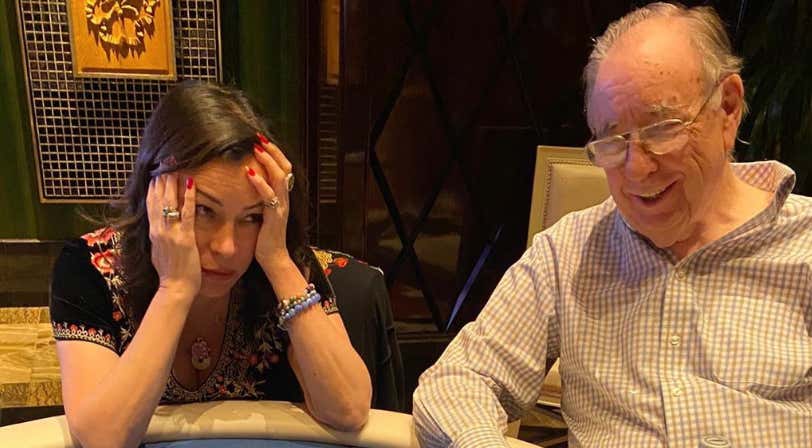 Brutal. Just remember it's not just you getting bad beats, it's every game at every stake in every room across the country. Regardless of stakes losing a pot with quads under a straight flush (I can't tell how much the pot is- either $160,000 or $400,000 depending on how much those rose colored chips are) sucks no matter what. $200k is $200k no matter which way you slice it.

Obviously Tilly will be okay because she has all that Bride of Chucky money...and ok fine, I guess The Simpsons money is pretty nice too...

Radar Online - Actress and poker pro Jennifer Tilly will continue to receive her piece of The Simpsons earnings through a new deal struck between the actress and the estate of her ex-husband and the animated show’s co-creator, Sam Simon, according to court documents obtained exclusively by RadarOnline.com.

According to the Jan. 2 order, Tilly would be entitled to 30 percent of net proceeds that Simon’s estate receives from Fox , which could reach tens of millions of dollars over her lifetime.

But I will say this- Tilly is no slouch. She has a WSOP bracelet and has over $1 million in career tournament earnings, and is a regular in the high stakes cash games. And she was fantastic in Liar, Liar, one of Jim Carey's best movies.

And coming this week, 2 new episodes of Cracking Aces. Got an interview with Tony Dunst coming out on Thursday's show, which should be good. In the last few weeks we've had on Brian Altman, Kelly Minkin, Johnny Cakes Auville, Chris Moneymaker so feel free to catch up on the show on iTunes or Spotify and subscribe to get 2 new eps when they drop this week.