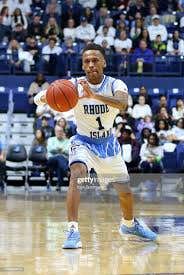 This pick may very well be my favorite pick of the entire year. I love Penn State so much in this game it scares me half to death. The other half thats not dead wants to put my rent money on Penn State tonight at home. I feel like Moses when the sea parted. Or that weird guy from the movie "Accepted" that could blow shit up with his mind. I'm seeing the board and this pick so clearly. Penn State is gonna pack it up Rutgers ass tonight. Lamar Stevens is a stud. Mike Watkins is a beast in the middle. Rutgers has a lot of balance but isn't nearly the same team at home. WE ARE BABY.

BIG-TIME late February A-10 matchup here. A battle of the Rams. I'll never stop going back to the well on URI. Fordham is god awful. 1-13 in the conference. Rose Hill Gym might be the least intimidating place to play in all of college basketball. URI is a legitimate team that can make noise in the tournament thats coming off a really tough overtime loss to Davidson. Fordham has no one on the court who's worth the last shit Fatts Russell took when it comes to playing the game of basketball. URI runs away from this game by 20+ and officially takes the claim of #Ramly.

I love this total with the game being in Blacksburg. Virginia obviously wants to smother you with defense and slow the game down with efficient offense. That's Tony Bennett basketball 101. This game being at Virginia Tech with a 2.5 point spread makes me believe that this game will stay close and Virginia Tech will be able to speed up the pace a lil bit and make Virginia play their game. I'm staying far away from a side here because I really believe this game is a in-state rivalry coin flip game. On the other hand I think the pace stays up enough and the game stays close enough to foul down the stretch into the total going over.