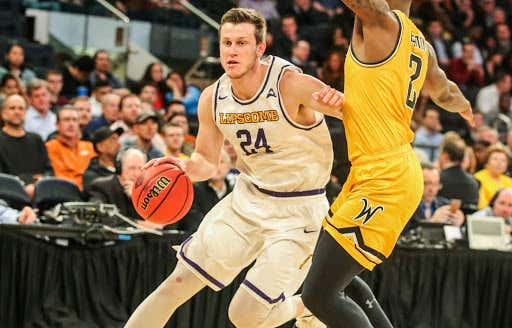 Conference tournament time baby! The best time of year. It's the holy grail for gamblers. In just a few days they'll be college basketball on from 12 to 12 but all of that starts with mid major conference tournaments. These two teams literally just played each other in their last game with Lehigh winning by 3 on the road. I think Lehigh has found a lil something down the stretch with 3 straight wins including a win over Boston University the number two team in the conference. Jordan Cohen is the perfect guard to cause havoc in March. He looks like the president of the finance club or captain of the mathletes but instead he averages 14, 4 and 4 for Lehigh and is capable of giving guards in the patriot league fits. Lehigh -2 let's rock.

I LOVE Lipscomb. The public love clinging on to teams they remember. Some of you may remember Florida Gulf Coast from the run they made in 2012-2013 under Andy Enfield who ended up parlaying that run into the head coaching job at USC. Lob City was awesome but Lob City was seven years ago. Lipscomb lost in the final of the NIT last year and just knocked off the best team in the conference in Liberty. This team has the pedigree and experience to make a run and lock in when it matters most in March. They also have arguably the best player in the ASUN with Ahsan Asadullah. He averages 17, 10 and 4 and shoots over 50% from the field. FGCU has no one that can guard him and Asadullah has still managed to average 21 and 11 in their two matchups despite shooting poorly from the free throw line. Asadullah goes for another 20 point double-double in a blowout win for Lipscomb.

Let's make no mistake about it, Iowa wants this game to be a track meet. They want to make Purdue play their game and push the tempo all game. Only problem for Purdue is Carson Edwards plays for the Celtics and Iowa has some big goofy bastard name Luka Garza who's very annoying to look at but he just happens to be very good at basketball. Iowa's offense is significantly better at home than on the road (Shouts to the entire Big Ten) and they will score A LOT in this game. Great thing for over bettors is they're defense sucks so when they win games they tend to win them scoring in the 70s and 80s. (cc: Their last two home wins 77-68 over Penn State and 85-76 vs Ohio State.) Fuck it gimme Iowa to cover the five points and the OVER 142. Let's have a night.