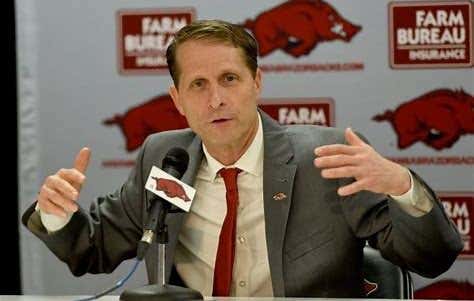 Providence has been one of the hottest teams in the country down the stretch. In February they beat five ranked teams in Butler, Creighton, Seton Hall, Marquette and Villanova. Now they face Xavier at home who is one of only two losses during that stretch. On paper these teams are almost identical but I'm gonna ride the hot hand here with Providence. A classic conference home and home split if you will. Also Providence's best player is literally named "Alpha". Alpha motherfucking Diallo. All joking aside he's a massive 6'7 guard who's a mismatch nightmare for opposing guards to defend. He's not only the leading scorer but the leading rebounder for the Friars and I'm predicting a big day for the tough kid from the big apple.

CHOO CHOO! ALL ABOARD THE MUSS BUS! I feel like I've been chasing Arkansas all over the place but this is the spot they get it done for me. Mason Jones vs Skylar Mays is going to be an awesome guard battle. Two of the best in the conference facing off in a crucial game for Arkansas. It's crunch times and they need some big wins to get themselves in the mix. I see this game going back and forth from tip to the last few mins in an offensive war. The SEC has been an absolute points machine and I wouldn't be shocked at all to see this game end up in the 80s and 90s for both teams. The Muss Bus and Mason Jones chug a long to victory over a strong, experienced LSU team.

Death, taxes and Big 12 home teams. Big 12 home teams have been hitting at an astronomical percentage this year. Oklahoma State especially has been extremely impressive at home. They've  just recently beaten Iowa State by double digits, blew out Oklahoma and knocked off a surging Texas Tech team. They also gave Baylor everything they could handle and should have won that game. I love them in this spot. They shoot the basketball so much better at home and Kansas State is a 40 year old punch drunk boxer on the ropes. Whether they're home or on the road it doesn't matter they're getting battered and bruised by everyone they step on the court with. They've lost 9 straight games and I don't see that streak ending tonight. I think Kansas State may keep this close early but Oklahoma State comes out for the 2nd half with a prime Mike Tyson right hook and knocks Kansas State flat on their ass. Oklahoma State Cowboys BIG tonight.

This is a bonus pick and is a no brainer bet for me tonight for these two reasons.

1) I love Fatts Russell and the URI Rams and they really could use this win to lock them into the tournament.

2) The Storm Chasers are coming to town and those guys are literal magic. Everywhere they go they win. They've won every single championship celebration they've been too and caught a storm last night at Rutgers vs Maryland. It's never a bad bet tossing a few shekels on Caleb and Rone. Let's catch a god damn storm boys.