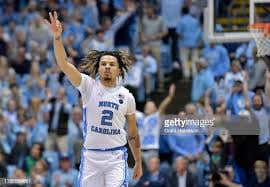 With Cole Anthony back healthy UNC is a different team. They may not be what we expected before the season, but they're certainly not as bad as their record indicates. North Carolina is playing their best basketball of the season and Virginia Tech is on the ropes. Without Buzz Williams coaching the Hokies I fear them SO much less. They just don't have that same toughness and defensive prowess they've had in years past with Buzz at the helm. North Carolina is significantly more talented (Cole Anthony is the best player on the court BY FAR) and is coached by one of the best coaches in the history college basketball in Roy Williams. I love this pick and wouldn't be shocked at all if UNC rolls. I love North Carolina laying four.

BACK TO THE WELL. Hofstra is the best team on planet earth against the spread. They're now 24-8 ATS (75%) and have covered 11 of their last 12 games. They were -3 yesterday and won by 14. They were up by 20 at points depending in the second half and never let the lead get below eight. Never a sweat. You'd have to be an absolute maniac to fade this team right now. I love the Pride here. This is one of those picks where if it loses you can go to sleep at night knowing you bet on the better more consistent team. Hofstra has made me enough money to keep coming back with a smile on my face. Go Pride baby!

UMBC went to Vermont just over two weeks ago and pulled off a huge upset win over the best team in the conference. Now they go back up to Burlington, Vermont and play them again in a gym that I imagine smells like spliff coated flannel shirts and musky BO. Anyways I think they have enough to challenge them again in this conference semifinal matchup. What makes March Madness so crazy is that specific matchups can make games much closer than they should be on paper. I think UMBC matches up with this Vermont team very well in terms of their length and athleticism. I don't think UMBC wins this game but I think they have more than enough to keep it within the number.