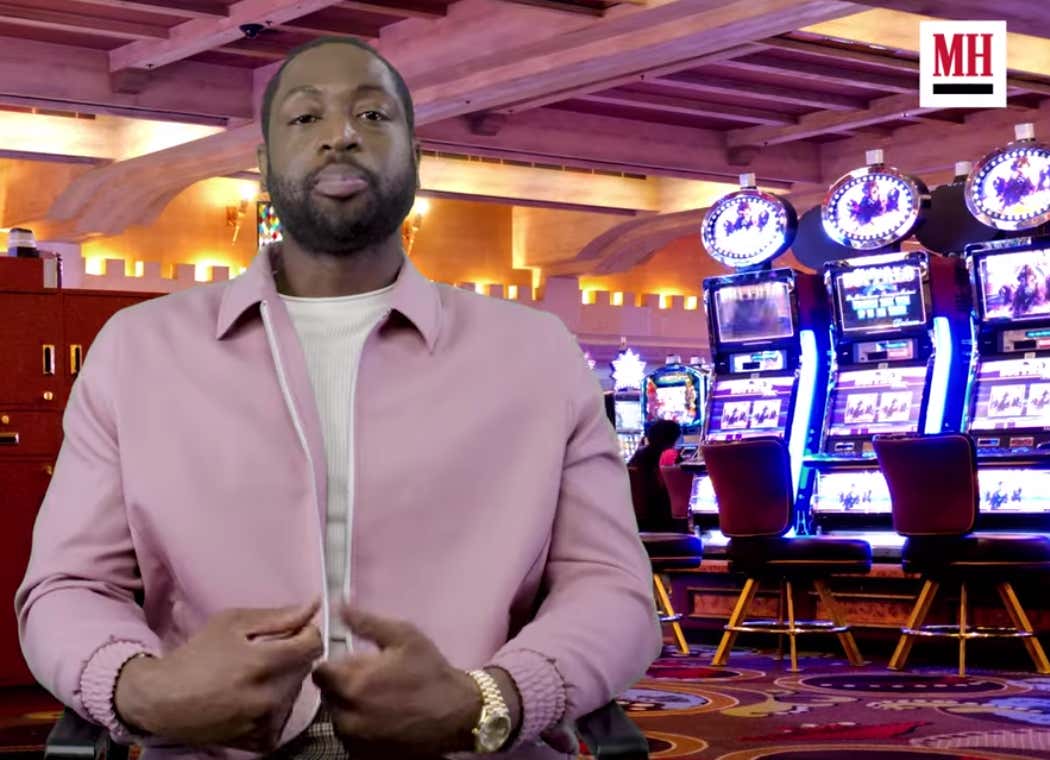 Card Player - In a recent interview with Men’s Health, the former Miami Heat guard said that playing poker on road trips was commonplace and that sometimes he lost much more than he anticipated.

“There have been times where I wanted out because I was losing so much money,” said Wade. “Like, my financial advisor called me and was like ‘Hey, is this something we need to talk about? Do you have a problem?’”

Earlier in the interview, Wade said that he’s “not a big gambler” and that he doesn’t go to casinos. But the games took place because it helped teammates become closer.

“When you play sports, it’s like a right of passage that you have to play cards on the plane,” said Wade. “It’s kind of like… a team thing. It’s how we connect. It’s how we bond. And I’ve lost a lot of money on the plane just trying to play with my teammates.

Celebrities, they're just like us. It doesn't matter how rich or poor your job is, every job has the office sucker. The guy who loses every bet, the guy who loses every year in the bracket contest (RIP), the guy who gets invited to poker night because you know he's going to lose. It just so happens when you play in the NBA, being the office sucker means you lose so much money your financial advisor has to pull you aside and see if you need to start going to meetings. Poor Dwyane Wade, was just trying to bond with his teammates on the plane rides, and ended up in meetings with his financial advisor as a result.

To be fair, similar would happen at Barstool too if anyone here had a financial advisor. I'd imagine Marty Mush would be getting weekly calls from his financial advisor after he lost his 5th straight marble race or lost another bet on Bosnian indoor paddle tennis.

I will give Wade credit though, he's a man of the people. He claims he's "not a big gambler" and doesn't go to casinos, but still got involved in the high stakes poker games on the plane. That's a man's man. He basically financed the games for the good of team bonding. He knew he was losing unthinkable amounts of money and he just went along with it because if he thought playing poker would get Udonis Haslem to play better basketball, he had to do it.

You can watch the full interview with Wade here, as he talks about the worst financial decisions he's ever made (owning 16 cars) and the best he's ever made too.

And make sure to subscribe to my poker podcast.