IT'S FIGHT DAY FUCKERS!!! THE CORONAVIRUS MAY HAVE TAKEN DOWN THE NCAA, NBA, NHL, MLB, MLS, AND NASCAR, BUT IT SURE AS SHIT AIN'T TOUCHIN OUR BARBARIC HUMAN COCKFIGHTING!!!

Today, on ESPN at 3pm - we've got the following card going live from an empty arena in Brazil... 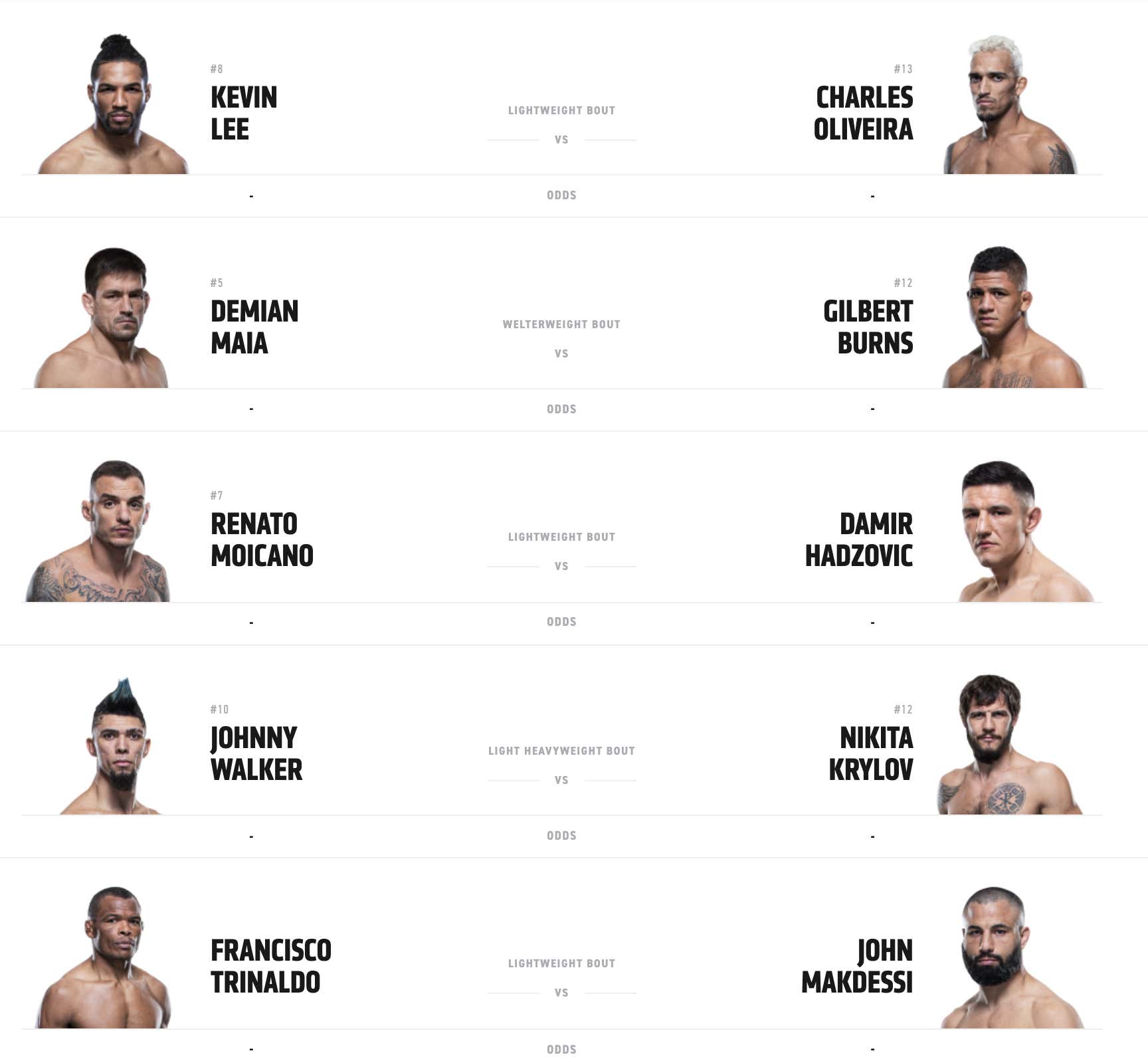 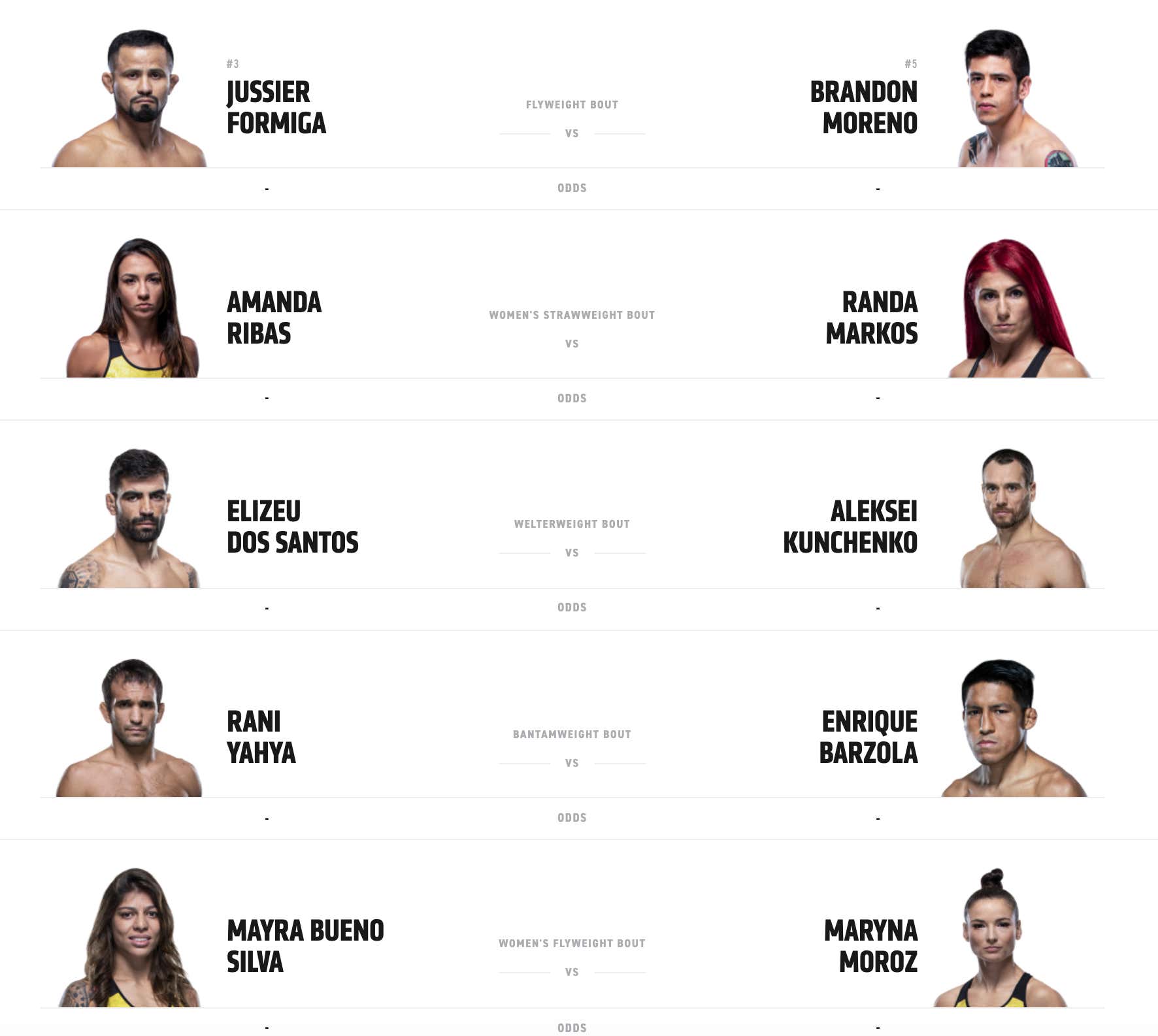 Honestly - for a non-PPV - that card is pretty fucking fire.

I don't generally do picks, because I'm not great with em, and I don't gamble - plus, it causes 99% of the readers accepting said tips to completely disparage everything else I've ever said about anything else in my life and then base my entire self worth on how well the picks did (despite me clarifying before giving the picks and saying they generally don't do super well), causing for a shitshow in my mentions every time a pick is wrong, so it's a complete lose-lose every single time I do this...I seriously don't know how the Picks Central guys do it...but I'll provide a few today considering everyone and their mother is asking for em.

It's like I pulled out the only pack of gum in school!

Our main event, in Kevin Lee vs Charles Oliveira, is a RIDICULOUSLY fun fight. Kevin Lee missed weight yesterday (by 2.5lbs) which sorta puts a damper on the whole thing, but I still think these boys are going to put on a show and don't hate the underdog in Oliveira at +140. It's always a crapshoot with fighters who missed weight, so sprinkling a little on the fighter who didn't could be a decent idea. On the flip side, you could argue that Deiveson Figueiredo just missed by 2.5lbs and secured a knockout victory the next night. I feel like Kevin Lee is due for a loss though.

Submission Specialist Demian Maia returns to meet fellow veteran Gilbert Burns in the co-main event, coming fresh off his choke-out of Ben Askren in October, and I love him at +160. He's on a three-fight win streak, Burns hasn't fought in fucking forever, and while it may not be pretty (I have a feeling this may be extremely boring) I do think "The Human Cellophane" Demian Maia gets it done.

Renato Moicano is a lock at -360 so I'd throw him (and probably Amanda Ribas -360) on any parlays you may be laying down...and just because I'm being nice, I'll provide two more picks to give you a full main card slate: Johnny Walker via KO/TKO (EVEN) and Francisco Trinaldo (-155). I'm a Walker stan, that goes without saying, and I picked Trinaldo for pretty much no reason whatsoever.

So there you go - an underdog heavy slate to keep ya entertained to the fights later on. Knock yourselves out. Gamble responsibly.

For your lost money, in the words of President Trump, "No, I don't take responsibility at all."

If you have a gambling problem, call 1-800-GAMBLER.