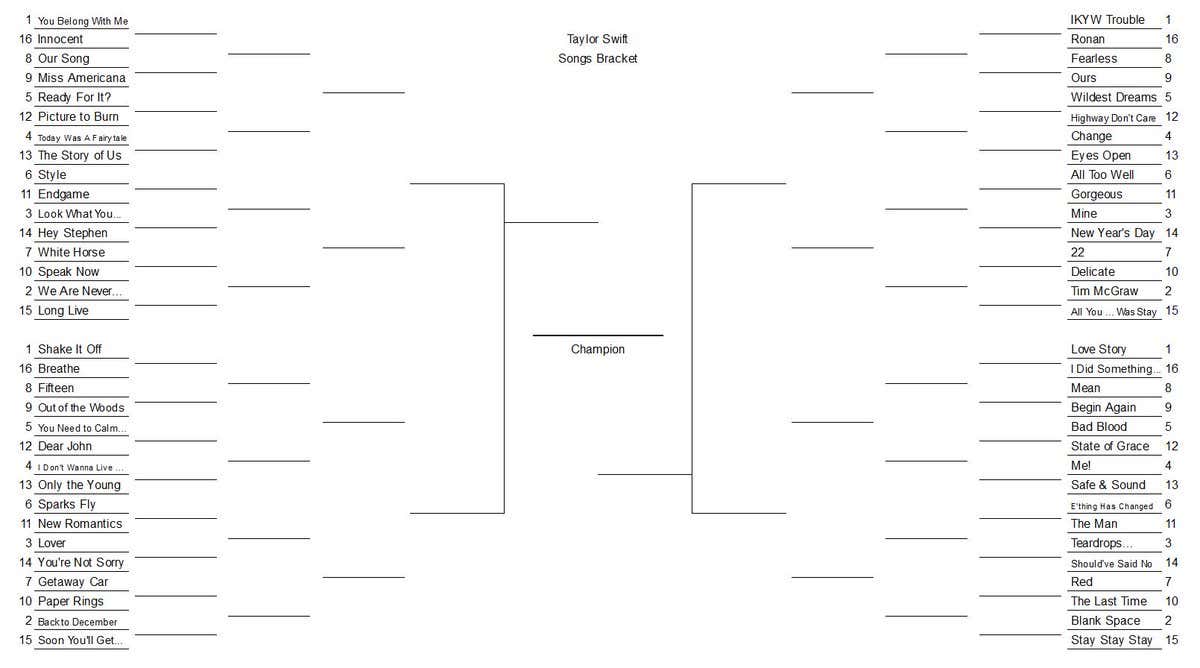 Marina blogged her Taylor Swift bracket and my ears perked up because I too am a Taylor Swift fan for life. And since we have no March Madness and no sports for god knows how long, I decided to jump in and blog mine. I mean at this point, why not? Anything that is even remotely related to sports, might as well do it. There is one caveat about this bracket though, they didn't even include my favorite (not saying it's her best, but it's my personal favorite) song, Enchanted. It's a bit of a deep cut but it definitely should have been included. Anywho, here are my selections, starting on the top left: 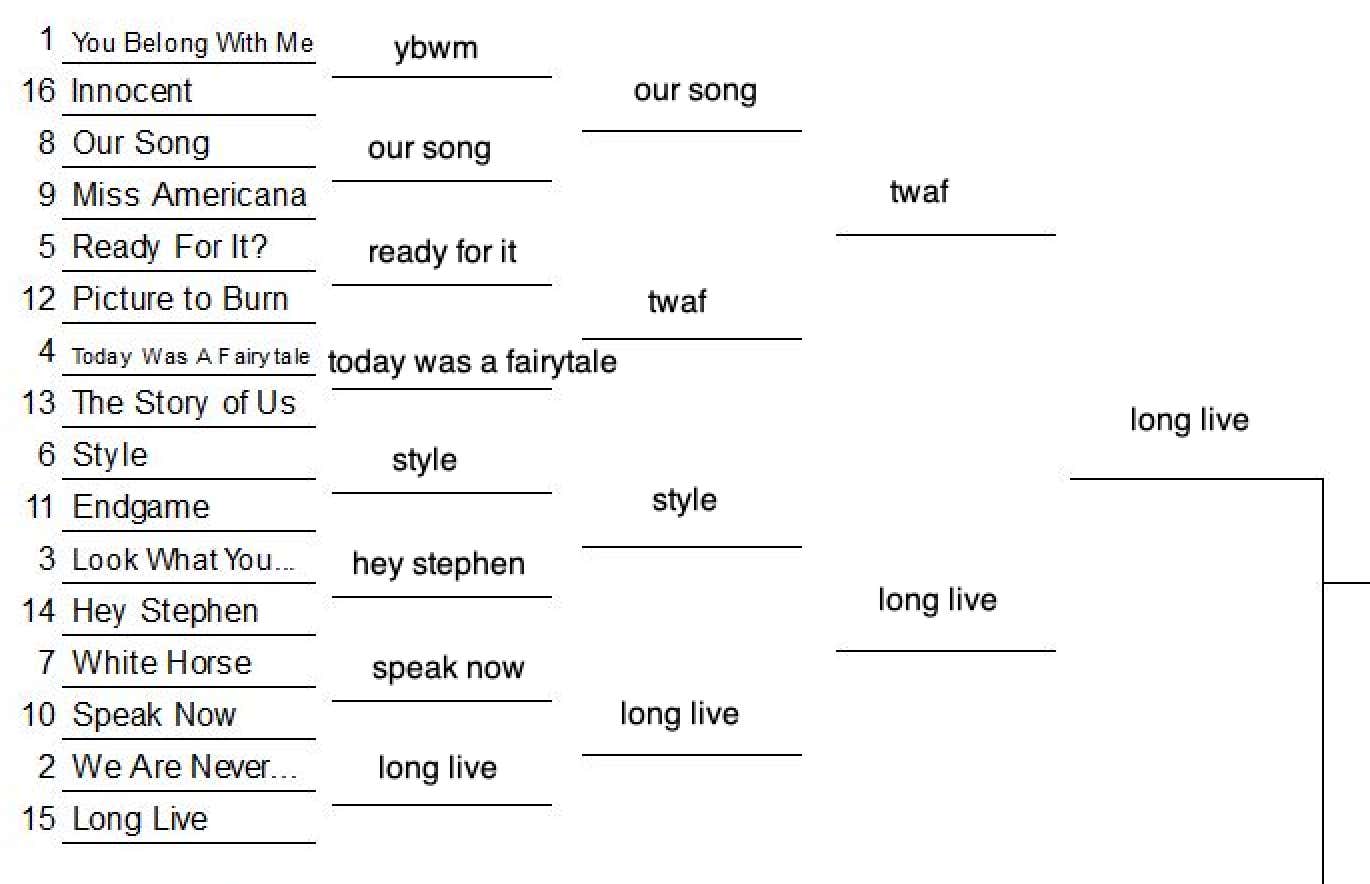 On the top left side of the bracket, with You Belong With Me coming in as the 1 seed, I advanced a 15 seed to the final 4, Long Live. Style almost took it out, but I went back and had a listen to Long Live and Taylor just belts it out with too much passion for it to go down after such a magnificent run through the bracket. Also Today Was a Fairytale is vastly underrated so it was nice to see it clock in as a 4 seed.

Next, the bottom left: 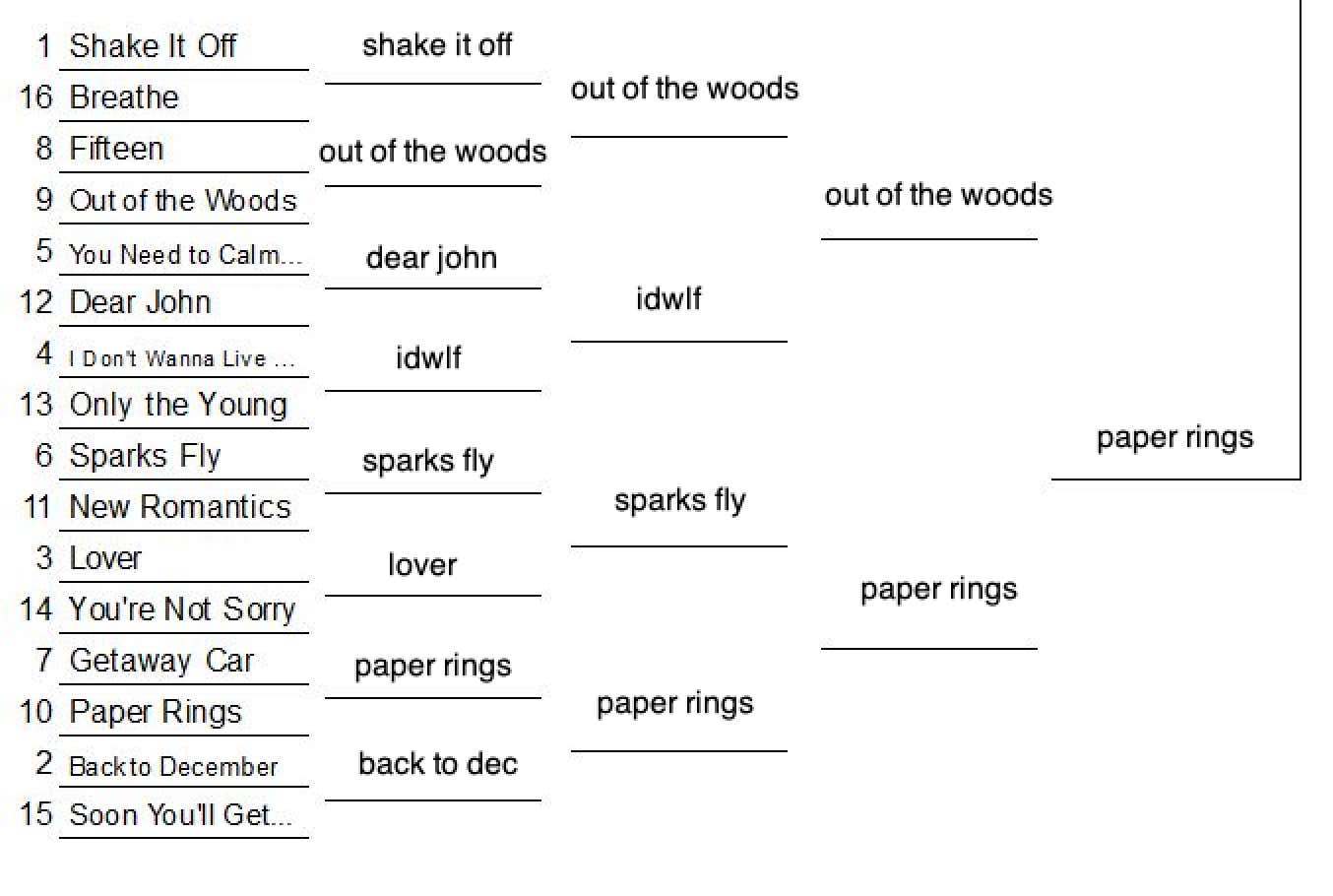 Shake It Off never should have been a 1 seed, but it got a favorable first round matchup to move forward. There were a lot of weird seedings in the bracket as a whole, but the 10/7 matchup between Getaway Car and Paper Rings was the toughest decision I made the entire time. Ultimately I went with Paper Rings, but Getaway Car could have gotten hot and ran the table as well.

Now for the top right: 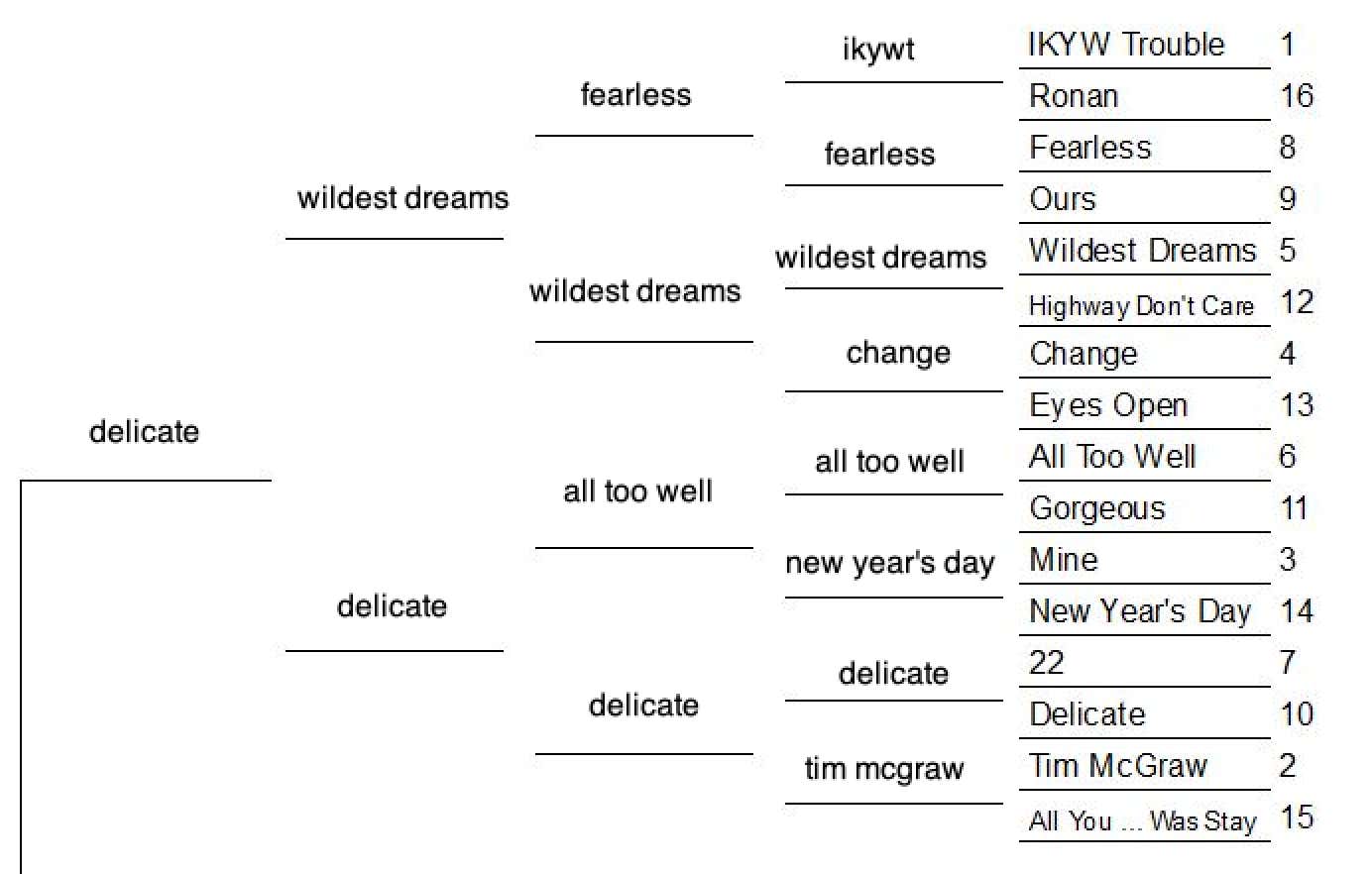 The top right continued to trend of the pop hits getting the #1 seeds. The biggest seed snub is in this region, with All Too Well somehow only being a 6. All Too Well will win most Taylor Swift fans bracket because it's probably her best song, but it's also super sad and I had to weigh that into the equation. I fucking LOVE Wildest Dreams, but Delicate took the region for me. I just really love that song. Also, Ours deserved better, that was a tough first round knock out. 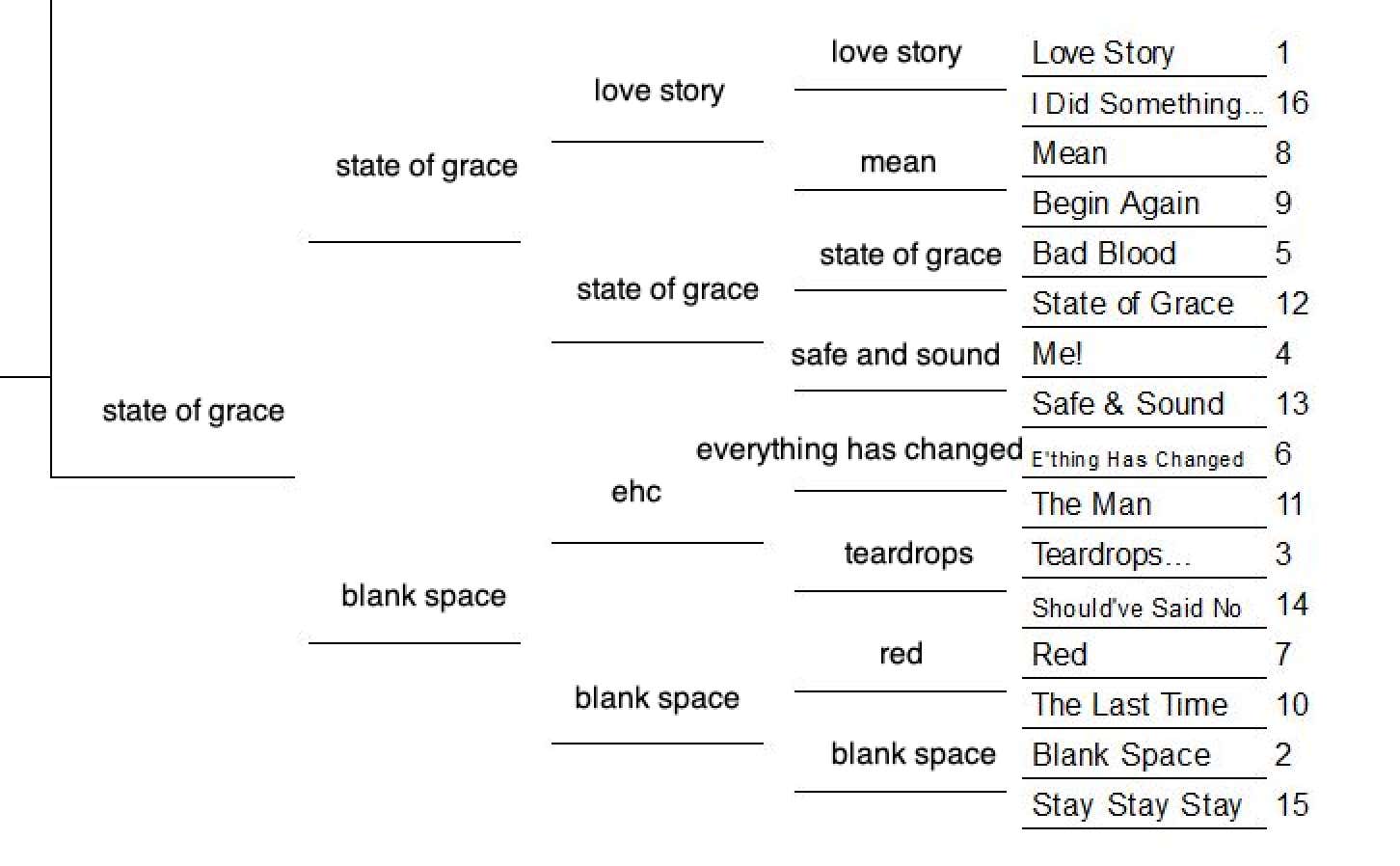 Blank Space and Love Story being in the same region is crazy. Blank Space is one of the best pop songs ever written and only got a 2 seed, it must have lost some easy games early in the season because that's a 1 seed any day. Mean was very underseeded as an 8 and that cost it in the long run. Ultimately, the 12 seed State of Grace went on an all time sun run, beating both Love Story AND Blank Space to advance to the Final 4. State of Grace just bangs and caught fire at the right time. Obviously Blank Space wins most years, but not this year. 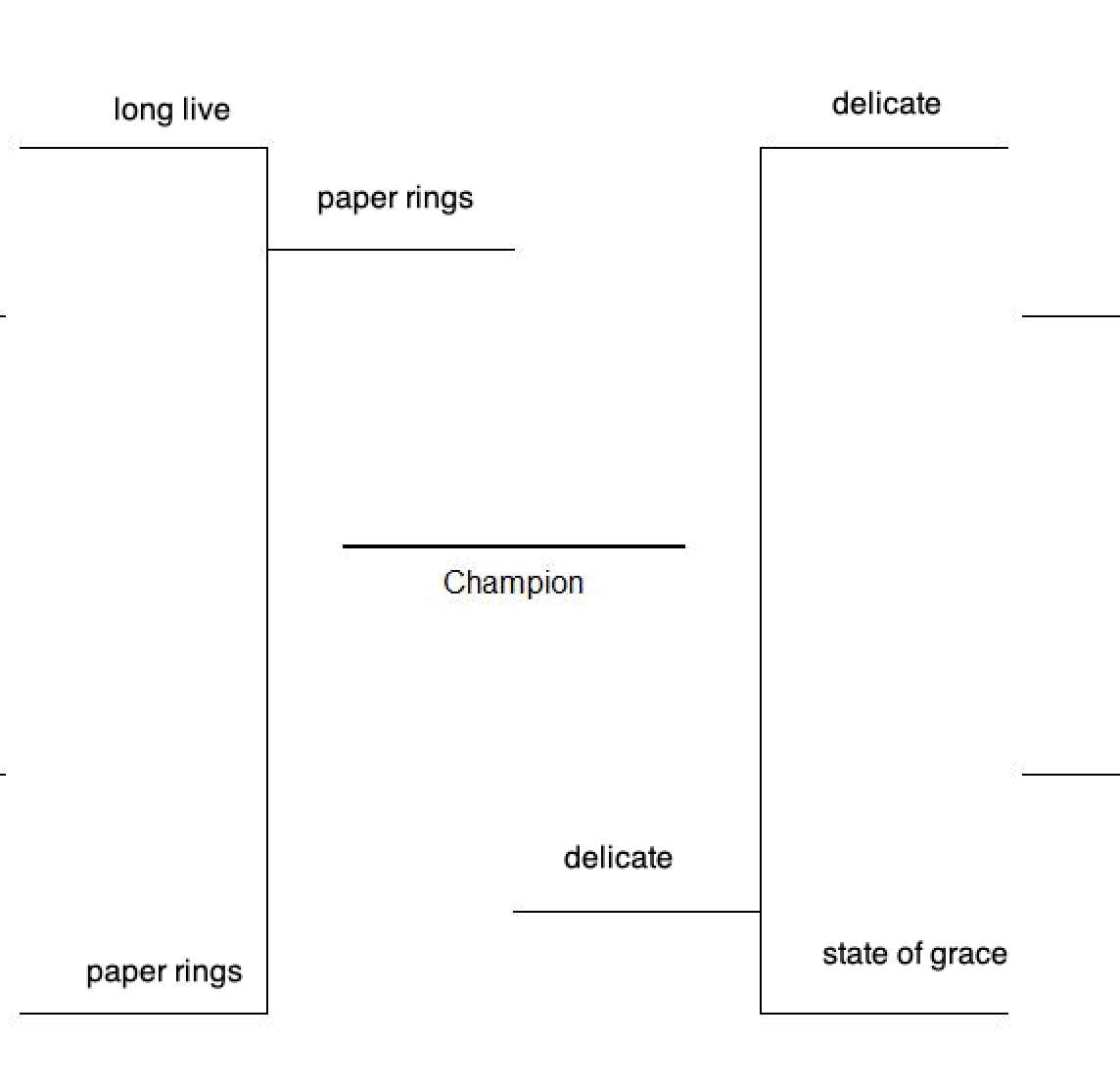 It was a great run for the 15 seed Long Live, which is appropriate for it to fall just short of the championship. On the other side, Delicate narrowly edged out State Of Grace, sending the 12 seed packing.

And my champion in the 2020 Taylor Swift March Madness bracket? 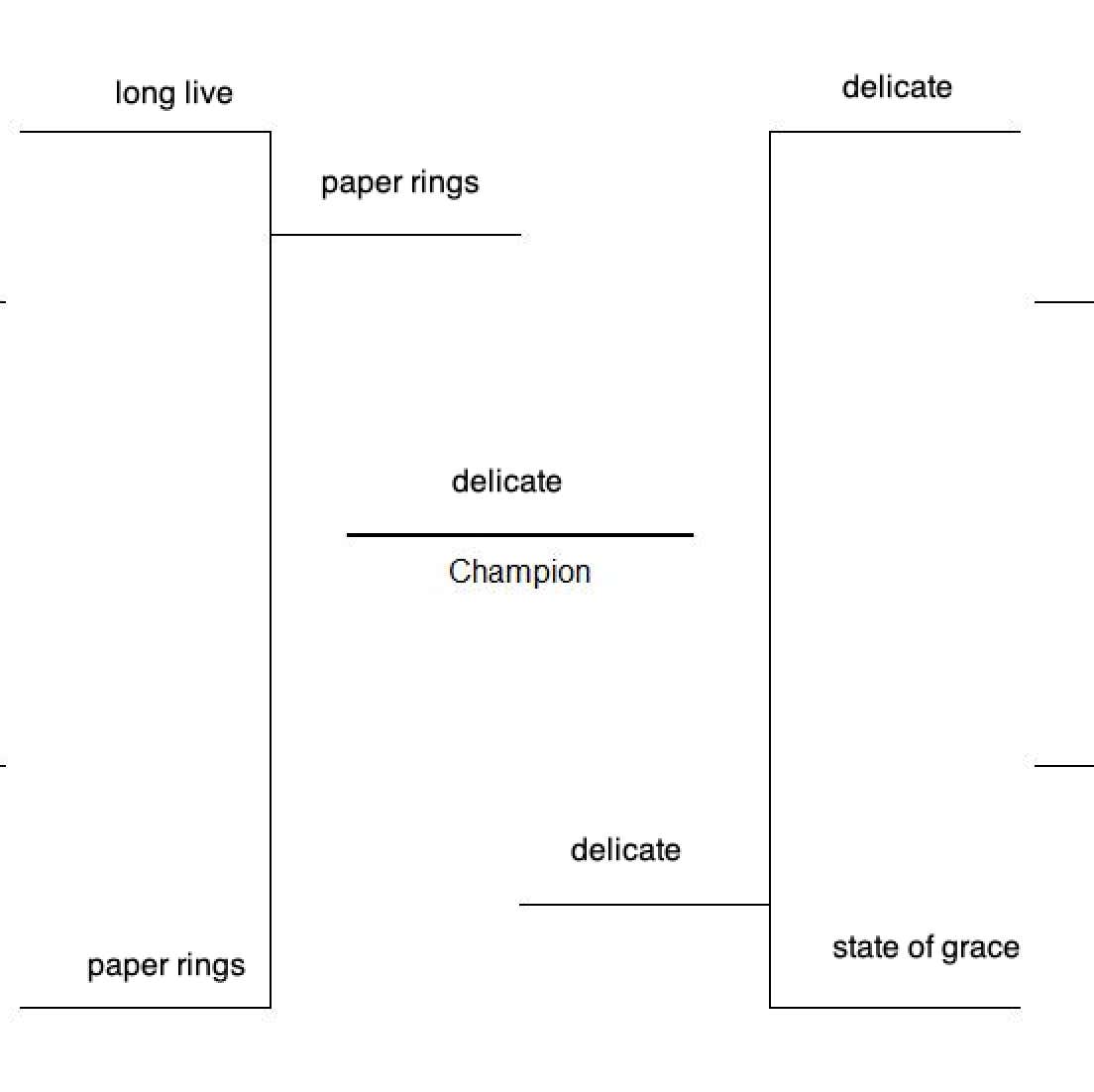 I kind just went with my guy on most picks, balancing how much I like the song, how good the song is, how much I like the song *at this exact moment* and many more factors. They all went into my brain's algorithm and though some songs were snubbed, a very deserving champion came out the other side. Congrats to Delicate, and we'll see you next year.