So in the last 24 hours it looks like horseracing will continue at at least several race tracks around the country. One of those race tracks is currently Sam Houston Race Park in Houston, Texas. Sam Houston is one of the only thoroughbred race tracks running today. That means we need to hit this thing and hit it hard.

To that end, Lo Duca and myself have prepared a full handbook on how to bet Sam Houston today. We will include pick four tickets, exotic bets, as well as who we like overall in each race. This should give you a full guide to betting a complete card this afternoon. Let’s do it. 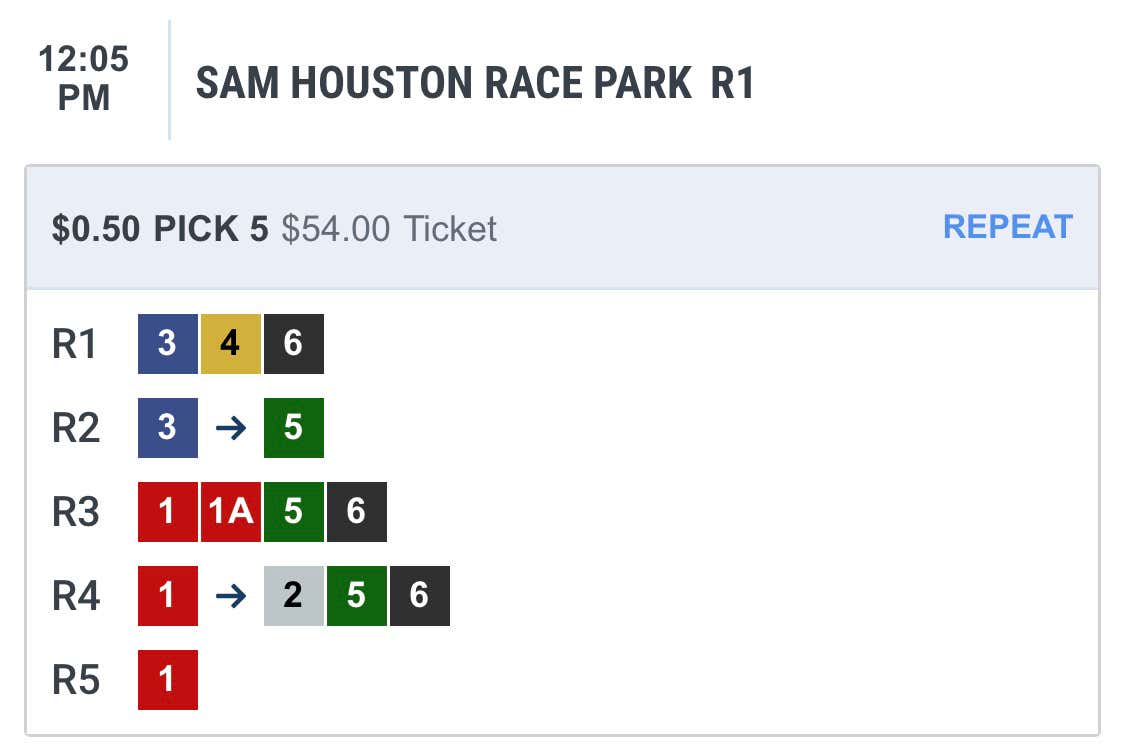 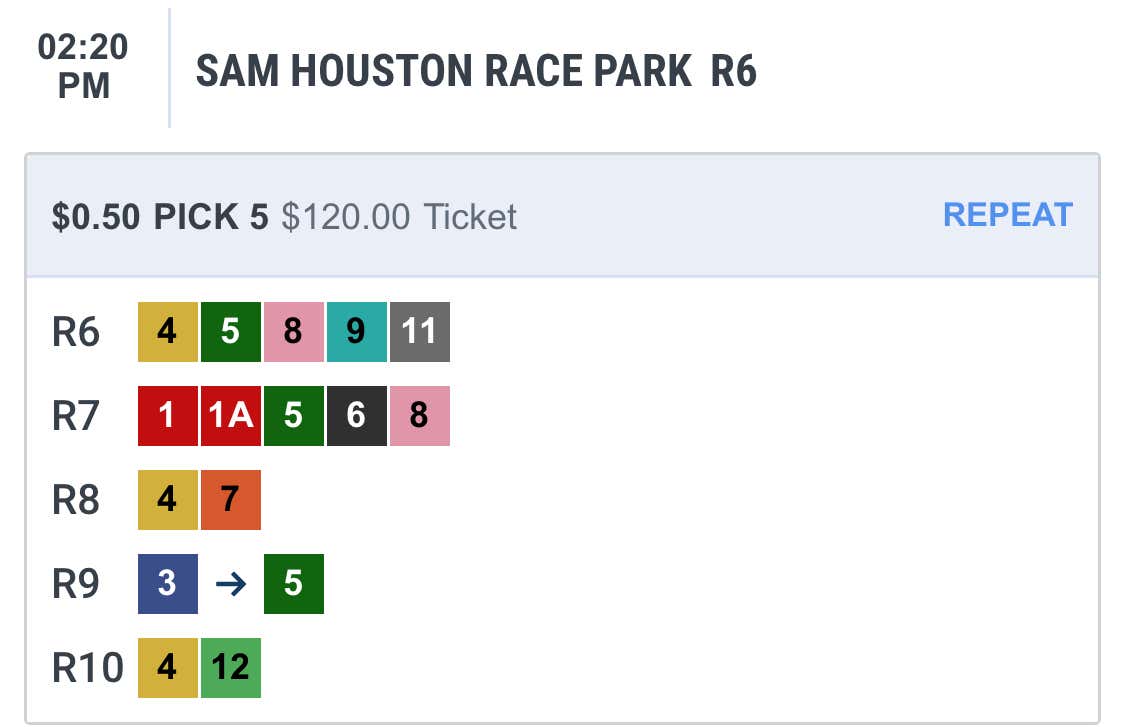 Follow us on social throughout the day for race to race bets.