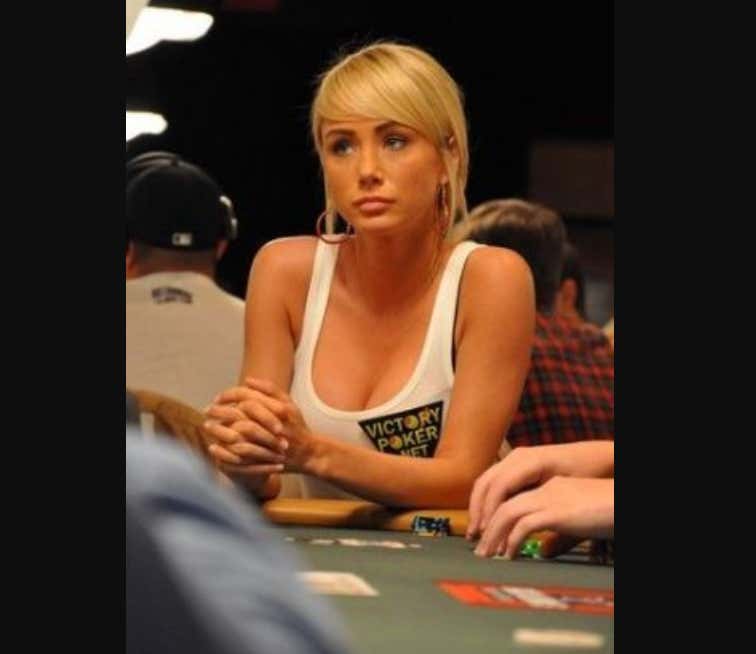 Hey look, it's Sara Underwood playing poker. Apparently she was actually taking it seriously at one point and was getting coaching from good players (shocking, people were willing to coach her, I know) and became a decent player herself. Would love to get her on the podcast to discuss. Now she builds cabins in the woods. Like, that's her job. Pretty crazy life she's had. Those yoga videos are all time. Wait what were we here to talk about? Oh yeah. Something either hotter. Online poker.

Online Poker Report - As a direct result of social-distancing measures, however, current traffic is up by a similar margin.

Some operators, like GGNetwork and partypoker, are up as much as 50%. Traffic has more than doubled in Italy, which has had the strictest and most prolonged lockdown of any western country.

The increase in peak traffic for PokerStars’ US-facing sites has been about 50% — similar to that of the most-affected dot-com sites. Cash game traffic doesn’t necessarily translate into tournament attendance, however. PokerStars PA gets three to four times as many players at its ring games than NJ, for instance, but its tournament fields aren’t quite twice as large.

WSOP reacted to the coronavirus outbreak — and the postponement of live WSOP Circuit stops — by launching a special 18-event Online Super Series. Daily events began on March 14, and each awards a ring just like a live WSOPC event.

The first few events have absolutely demolished their guarantees, some by a factor of three or more. Tuesday’s $1,000 High Roller guaranteed $75,000, for instance, and ended up with $277,000 in the prize pool.

Well golly G, would ya look at that. No, not Sara, those numbers! Traffic is up 50% just this week! Jake, my professional poker player in NJ co-host of Cracking Aces said games are absolutely out of control so far with money flying around everywhere. And it makes sense. All the rich NJ people are stuck at home, why not put $5k online and play some 25/50 at 2 in the afternoon while on some boring conference call?

As I wrote yesterday, nothing would make more sense than to legalize online poker now.

I know there's red tape and politics and all that other bullshit but I don't give a fuck and neither does the rest of the world, just figure it out later and legalize it nationally now. The time is ripe and only 4 states have legal, regulated online poker, and one of those states is Delaware. Delaware!!! How is New York going to let Delaware be more advanced? No offense to Delaware, but c'mon, you know who you are. It's crazytown you can only play safely in 4 of the 50 states.

My hope is some lawmaker, some representative, someone sees this type of blog and starts looking into it and goes "hmm, I see NJ is raking in millions upon million of dollars a month from online poker, that would be good for our state too". Politics revolve around money which is why I can't believe a lawmaker doesn't want his name attached to a bill that would drive up revenue for schools and education.

If my only purpose in the world is to draw attention to the lunacy that online poker is banned in 46/50 states, I'm fine with that. If I can use my platform to maybe one day get someone in elected office's attention, I'll go for it.

In the meantime, subscribe to my podcast please. I would appreciate it. It's really good.