We've been hitting at a pretty decent clip this week, including doubling your money on yesterday's Gulfstream late pick four. Today, we're going for the Pick Five because I feel good about two singles at the back end of the card. That will allow us to get a lot of coverage early in races where the favorites aren't as strong. Here's what I've got for $60 today on the Late Pick Five at beautiful Gulfstream Park and Paulie has delivered us a late Pick Four at Oaklawn: 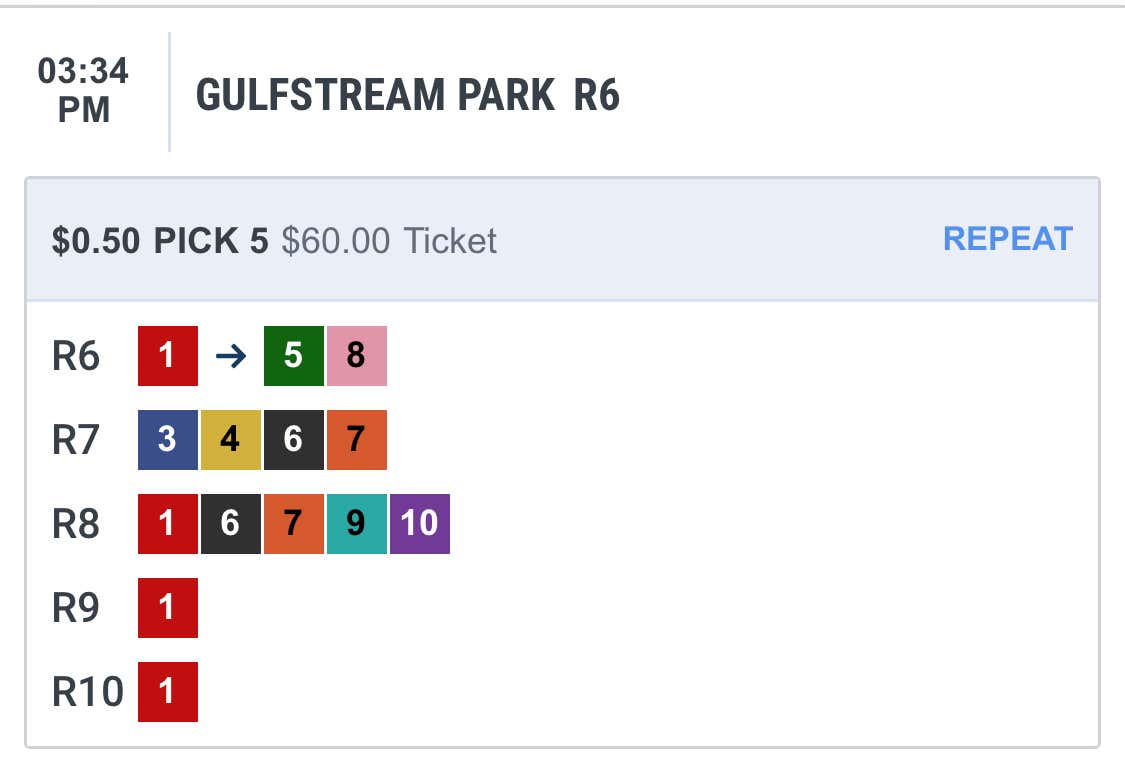