Today is a big day in horse racing, it is the Florida Derby at Gulfstream Park. Typically the Florida Derby is a huge prep race for the Kentucky Derby, this year however...not so much, as the Kentucky Derby will be run in September. Regardless of when the Triple Crown races are run or the order in which they are run, this is still a big race for this crop of three year olds. It's a huge card at Gulfstream and they are having a mandatory payout of their Pick Six pool, which will likely top $2M by post time of the Ninth Race. We're going to give you a fairly reasonable Pick Six ticket to play, as today is that mandatory payout. Feel free to cut it to a Pick Three, Four or Five. I'll also give you my Florida Derby breakdown below. 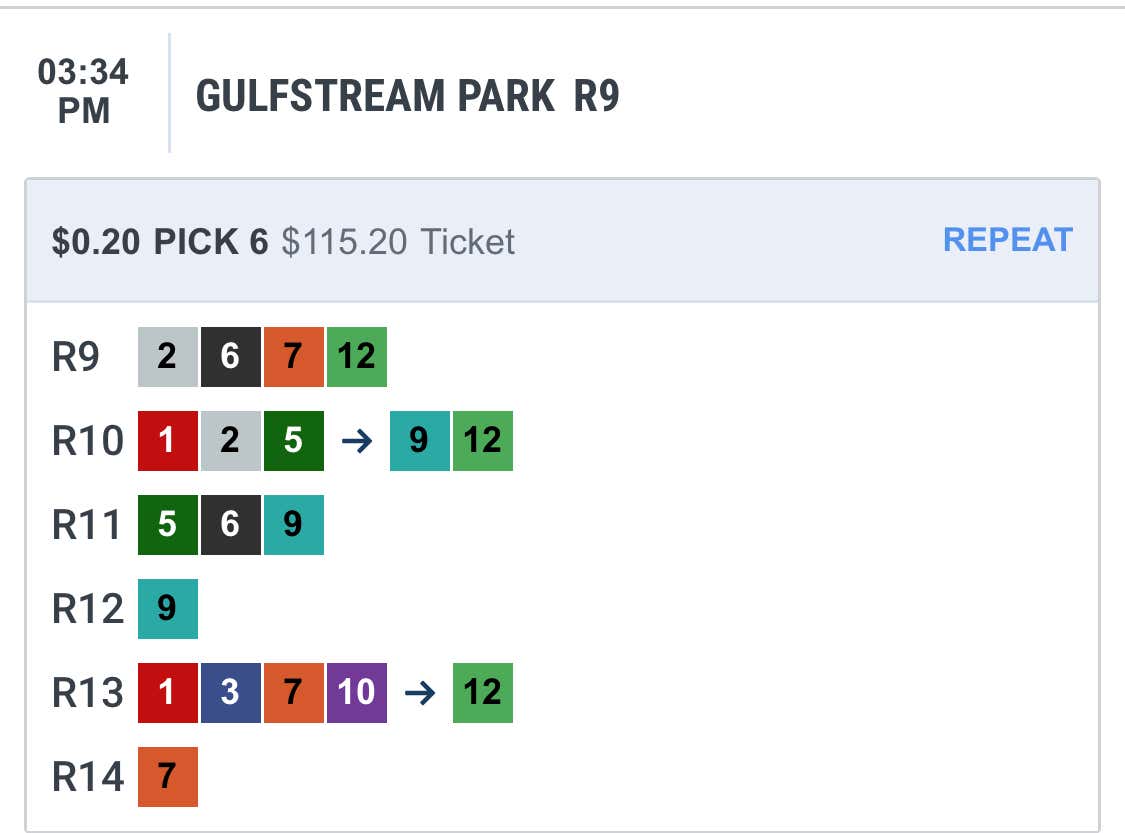 Tiz The Law is going to be very tough to beat here. He won the Holy Bull on this track back in February, and if we're being honest, Manny Franco did not give him the best trip in that race, he was simply the best. Ete Indien had a big win in the Fountain of Youth, but with Chance It scratched, the field was considerably weaker, so that has to ding him a bit. He went to the front and was never challenged, that won't happen here. Independence Hall was a big favorite heading into the Tampa Derby, where he was upset by Sole Volante. He faded down the stretch in a pretty big way, I'm not super confident the same thing doesn't happen here today. Here is how I would play a little, inexpensive trifecta for this one: 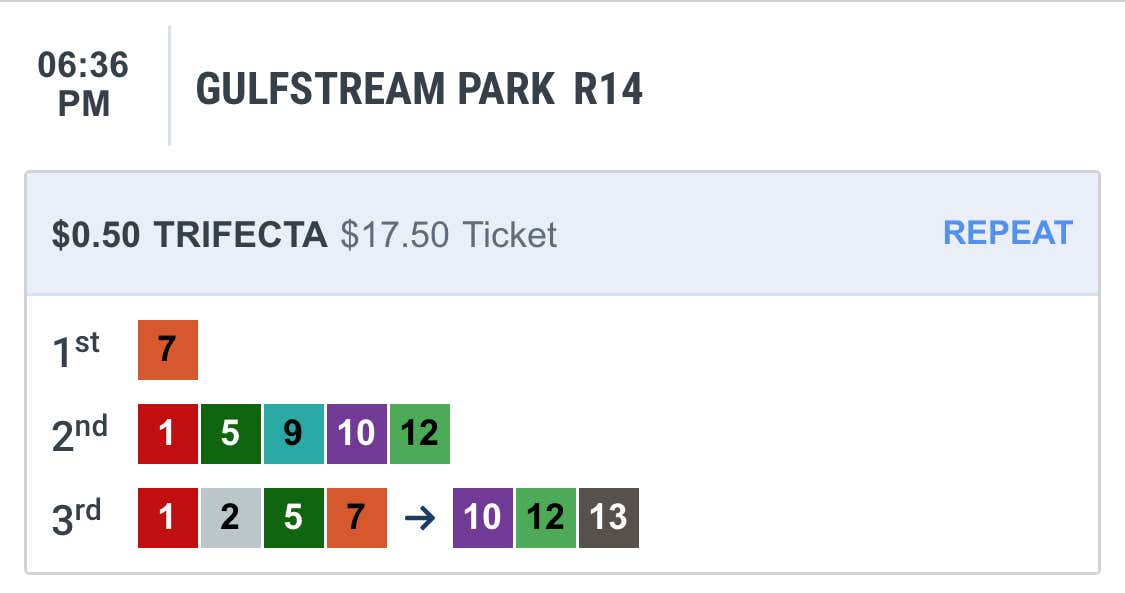