You guys remember The Poker Cheater Mike Postle. Cheated at live poker, undeniably made off with a couple hundred thousand dollars in broad daylight.

Here's a recent update, with links inside  to more of the information on it if you haven't read into it yet:

Things have been relatively quiet with corona going on, but yesterday out of nowhere a new Postle story got dropped on our heads that pretty much sums it up. It's quick and fascinating, here we go: 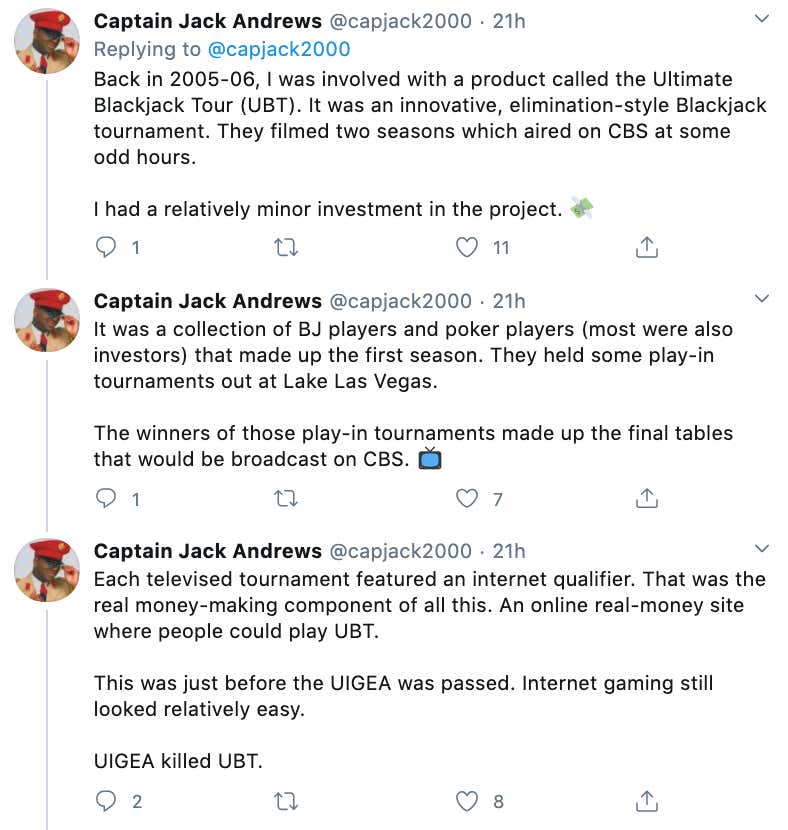 So basically there was going to be a TV show called the Ultimate Blackjack Tour where people could qualify online. Then internet poker was shut down so they couldn't get their qualifiers. And that's where the fun begins: 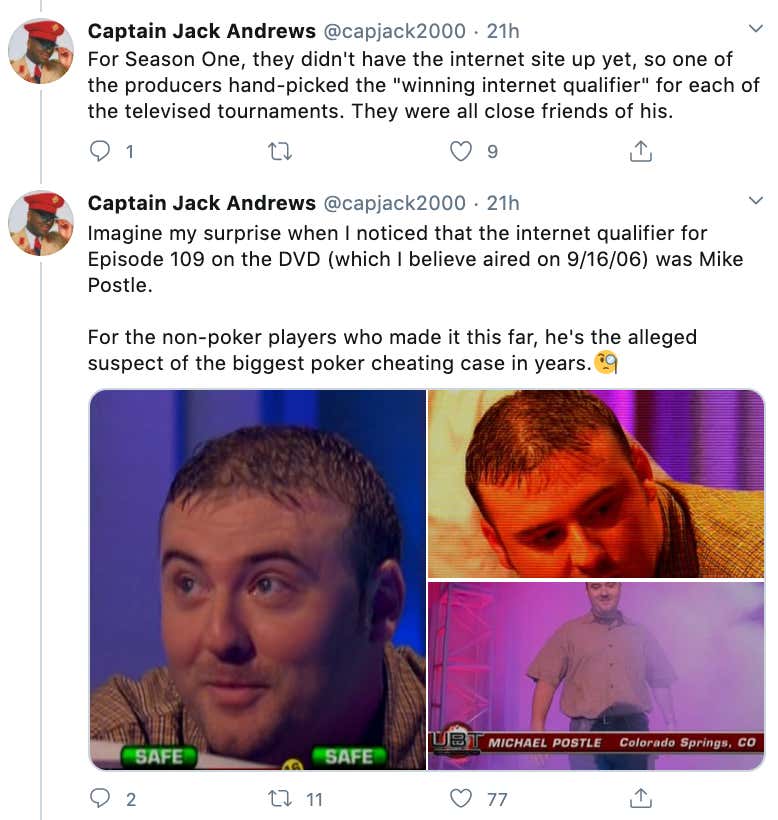 So since they couldn't qualify online, the producers picked the players themselves, their friends. And one of those people, wouldn't you know it, was the cheater himself Mike Postle.

How does this all come together? Brace yourself....

For those who don't know, Russ Hamilton cheated players out of millions of dollars playing online poker on Ultimate Bet. He could see his opponents cards and cheated the best players in the world out of millions. And Russ and Postle just happen to be besties.

Remember this chart that shows how much "Potripper" (Hamilton) won playing online and Postle won playing live in comparison to their opponents?

NOT JUST THAT THOUGH….

Fucking this. He claims he didn't cheat, he's just really good at poker, and he also claims he was a big winner on Ultimate Bet. While being best friends with the guy who had the software to see his opponents' cards. Are you putting this together. A+B=Mike Postle (allegedly) without a doubt cheated online as well. Fucking incredible discovery.

Why would a guy who was such a big winner online playing the highest stakes games then be playing 1/2 and 2/5? Because he's a cheater, that's why. Holy shit.

Who knows what happens when all this goes down. Have not a clue. But man. I wonder if now the players who lost to Postle online can go through old hand histories and discover times they were cheated (if they were, of course). A new can of worms may have just opened up.

We'll talk more about this on next week's podcast. Boy I hope this becomes a bigger thing, I need it to be real.