So yesterday we had a pretty nice hit at Tampa for over $630 on the early Pick Five. I've looked at the cards at Tampa, Gulfstream, and Oaklawn and honestly I don't think there's a reasonable Pick Five in the bunch. I do think the late Pick Four at Oaklawn has a shot to pay something decent though and is reasonably playable. Let's head to Arkansas, baby!

Race Six: This shapes up to be a two horse race between the (2) and (4). I'd give the slight edge to (2) Quana Dude because Thom Amoss trains, but i'm using both.

Race Seven: This race is wide open, filled with competitive horses and some interesting first time starters. You need to go deep here. My top choice would be (4) Bank from Steve Asmussen, but even his other entry, the (9) is tempting as a first timer. Use (1),(4),(6-9)

Race Eight: The top three trainers and the top three riders in my view are all together on three horses here, I'm using all three of them. Slight preference for the (5) Awe Emma, but have to use (2) and (3). 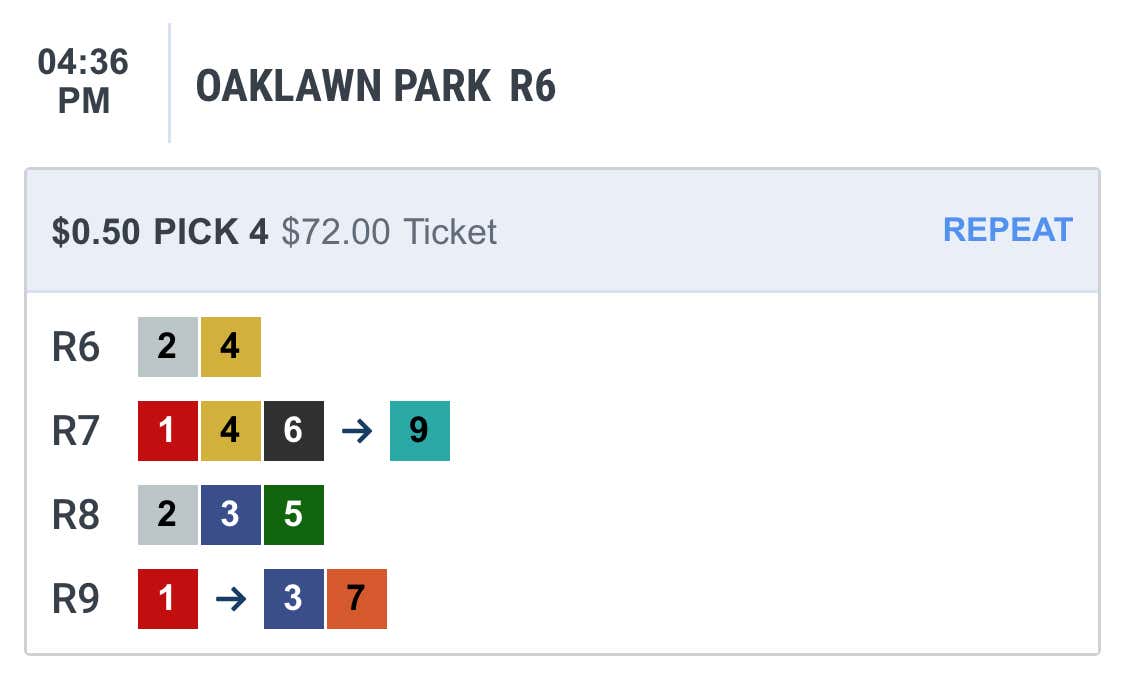