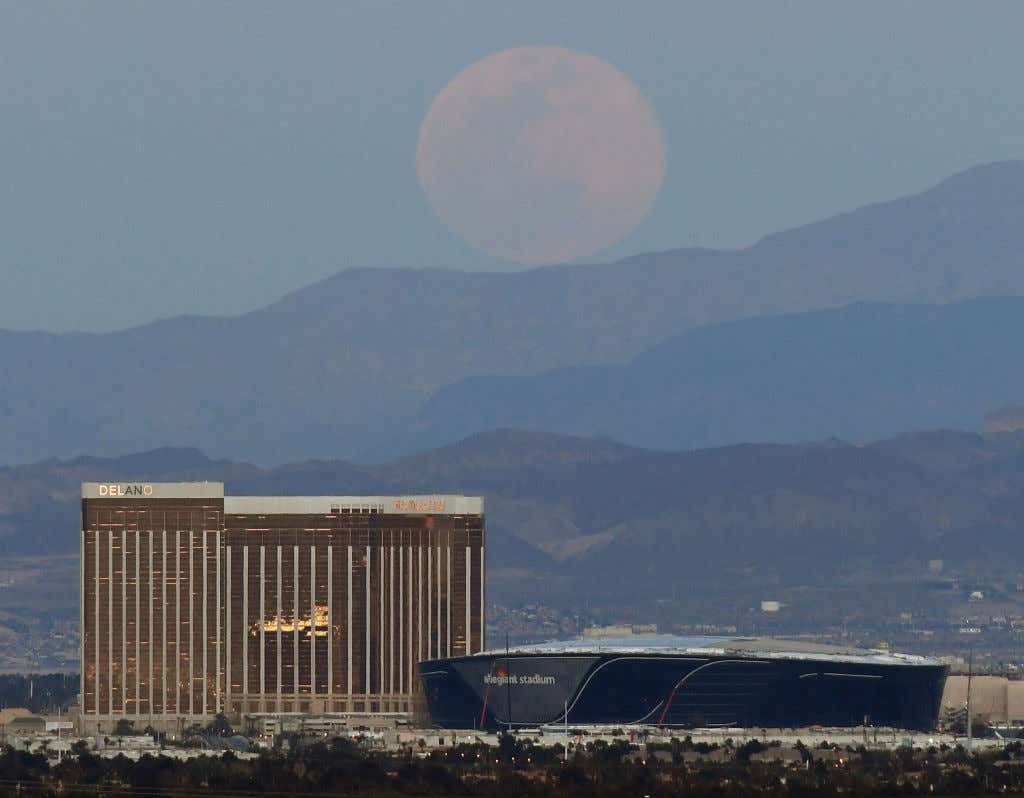 This picture is just so stunning to me. From the outside it's so picturesque. The mountains, the super moon shining over the hotel and stadium. So peaceful. But it's Vegas. And when Vegas reopens, and that stadium is packed every Sunday, it's a whole different story.

I absolutely cannot wait for Vegas to reopen. For the cards to be flying again, the dice to be rolling (maybe we won't go back to kissing the dice for good luck, but you know, we can still roll them), and for the chips to be shuffling. The clicking of the hooker cards on the street corners, the 90 ounce half sugar half vodka drinks, all of it. I want to feel this way again:

The WSOP still hasn't been canceled, somehow. It will be, or at a minimum extremely postponed. It's not like the NBA where they can test every player to make sure it's safe- it only takes one player at the WSOP to be a carrier to give it to the entire tournament, which would be...ummm...less than ideal, to say the least.

But when Vegas opens and things are safe again, I can't wait to be back.

Just so beautiful. This should win picture of the year: 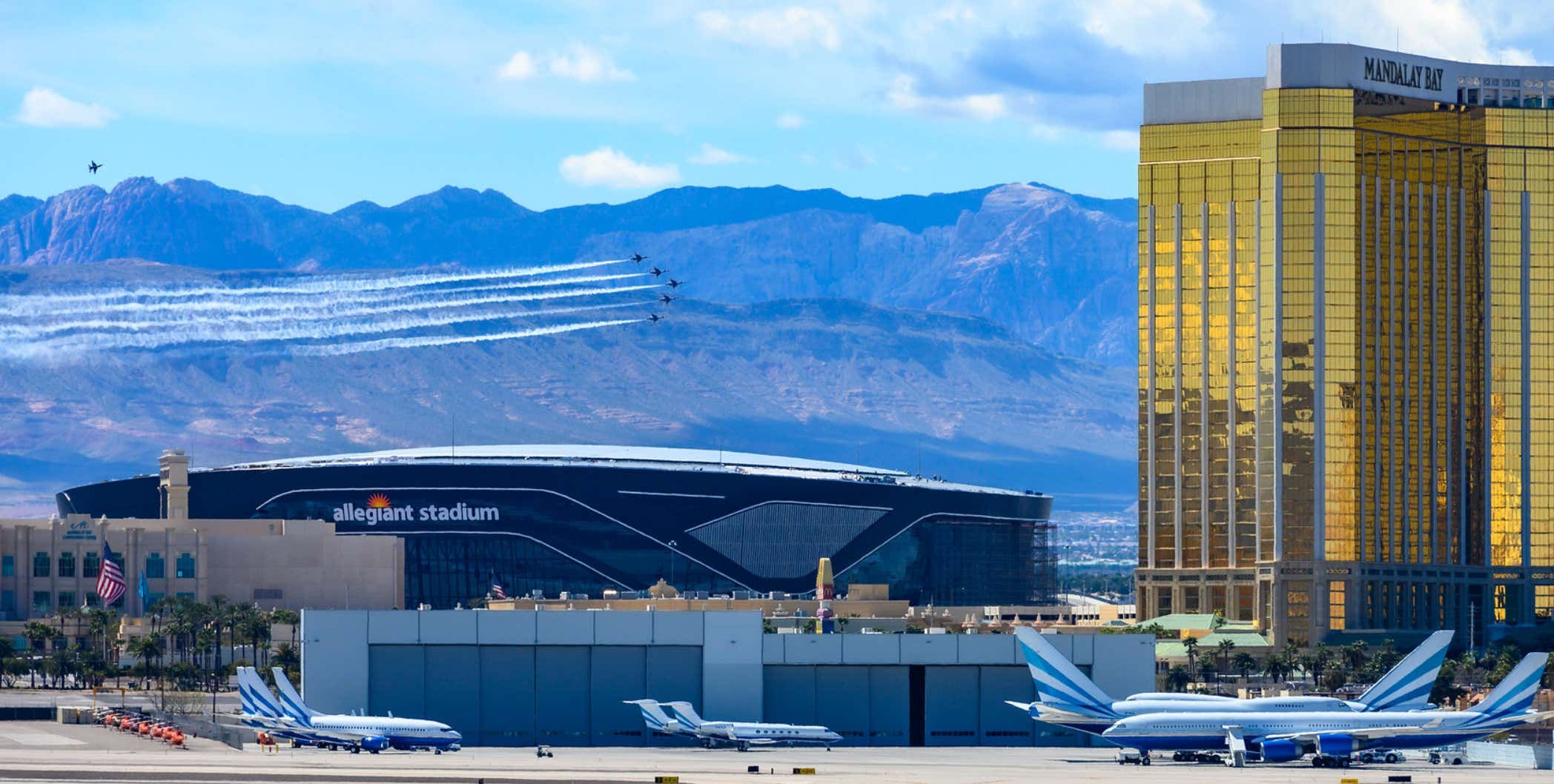 PS: Did any hotel luckbox harder than the Mandalay Bay? Was sort of forgotten about at the end of the strip, now they are the closest hotel to the stadium. They're just gonna toss up a walking bridge from the hotel to the stadium and voila, it's never been easier to get to a stadium.

PS: On this week's Cracking Aces we will be joined by Mike McDonald, the man trying to shoot 90/100 free throws by the end of the year. We'll find out how that's going and about how much action he has on it, which I suspect is in the mid six figs range, if not more.