Writer's Note: Hi, I'm Dope Ropes. I'm a nerd from the South Side of Chicago with historical NFL gambling success who began blogging my picks and weird-ass analysis on an independent site four years ago, just trying to have fun while making money for my friends (including Carl). A couple years ago, I left insane voicemails on Red Line Radio and Carl eventually brought me on as a Barstool Chicago intern to write NFL gambling blogs throughout last season. Currently, quarantine is overlapping with paternity leave from my real job, so I'm taking the opportunity to write about what I love for a company and fan base that I love. Follow on Twitter @DopeRopesChi

When news broke in February that Jameis Winston had undergone LASIK surgery, I scrambled to bet on him as the 2020 MVP at +3300. We all know that faulty vision was the only reason he repeatedly drilled linebackers in the chest from 5 yards away last season.

But then the Bucs signed Brady in March, which meant that Jameis would no longer be operating under a great offensive mind with a Top-3 WR duo at his disposal. I figured that Jameis' MVP odds would drop drastically... 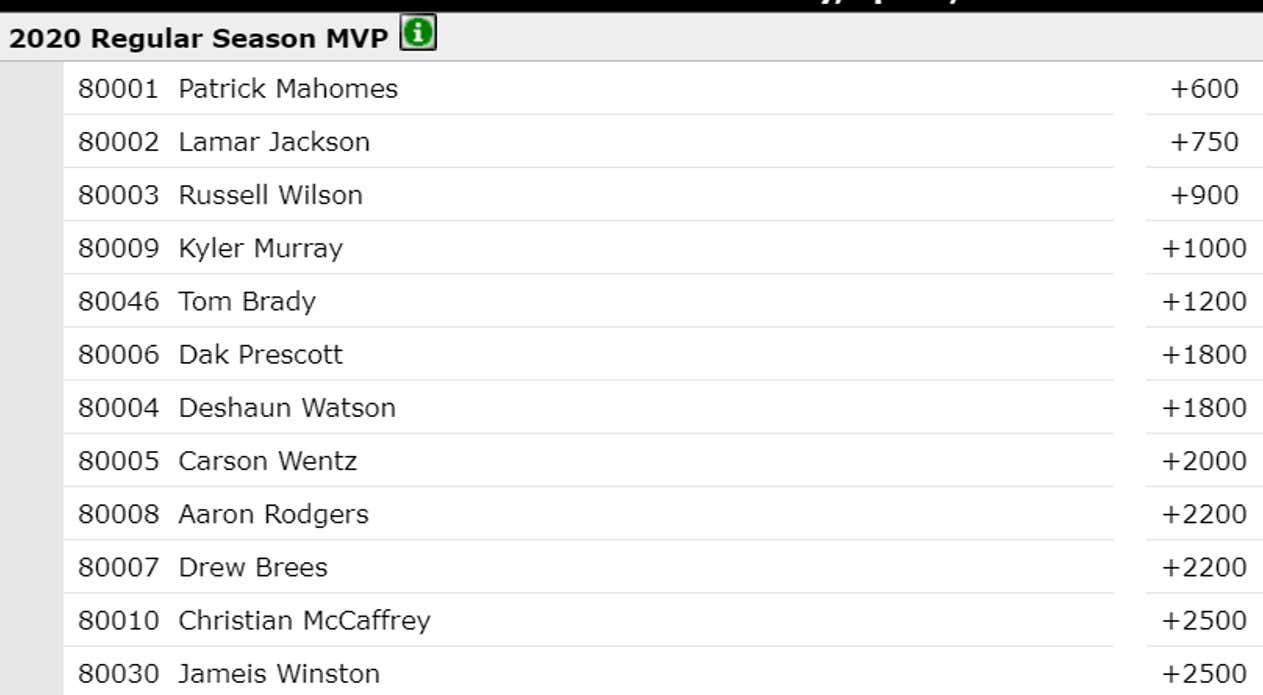 ...but nope! His odds to win MVP improved to +2500, as he now ranks 12th in MVP probability among all NFL players. I mean, he's in the mix with great QBs on proven teams (Rodgers, Brees) despite not being on a fucking roster right now.

So what does this tell us? Somebody knows something that we don't in regards to Jameis landing on a playoff-caliber team this season. Current odds show that Jacksonville and Miami are his two most likely destinations, but he's not sniffing the playoffs (and therefore MVP) on those teams.

We'll see how things shake out in the draft later this week, but don't be surprised to see the chips fall in Jameis' favor with opportunities to join a winning team. Or maybe there are significant personnel changes coming down the line. Will Belichick turn the tables? Will Drew Brees surprise-retire like Andrew Luck? Will Big Ben transition to the O-line? I don't know, but there will be some serious contenders willing to put jokes aside and gleefully sign last year's passing leader.