With sports still on hold there's not a ton of action that you can bet on right now, but there is one market that could close relatively soon on PredictIt - the Stock Market of Politics, and that's who will Joe Biden pick as his VP running mate for the general election. Click that link to get your first $20 matched so you can play in the market.

Lay of the Land in the Dem VP Market 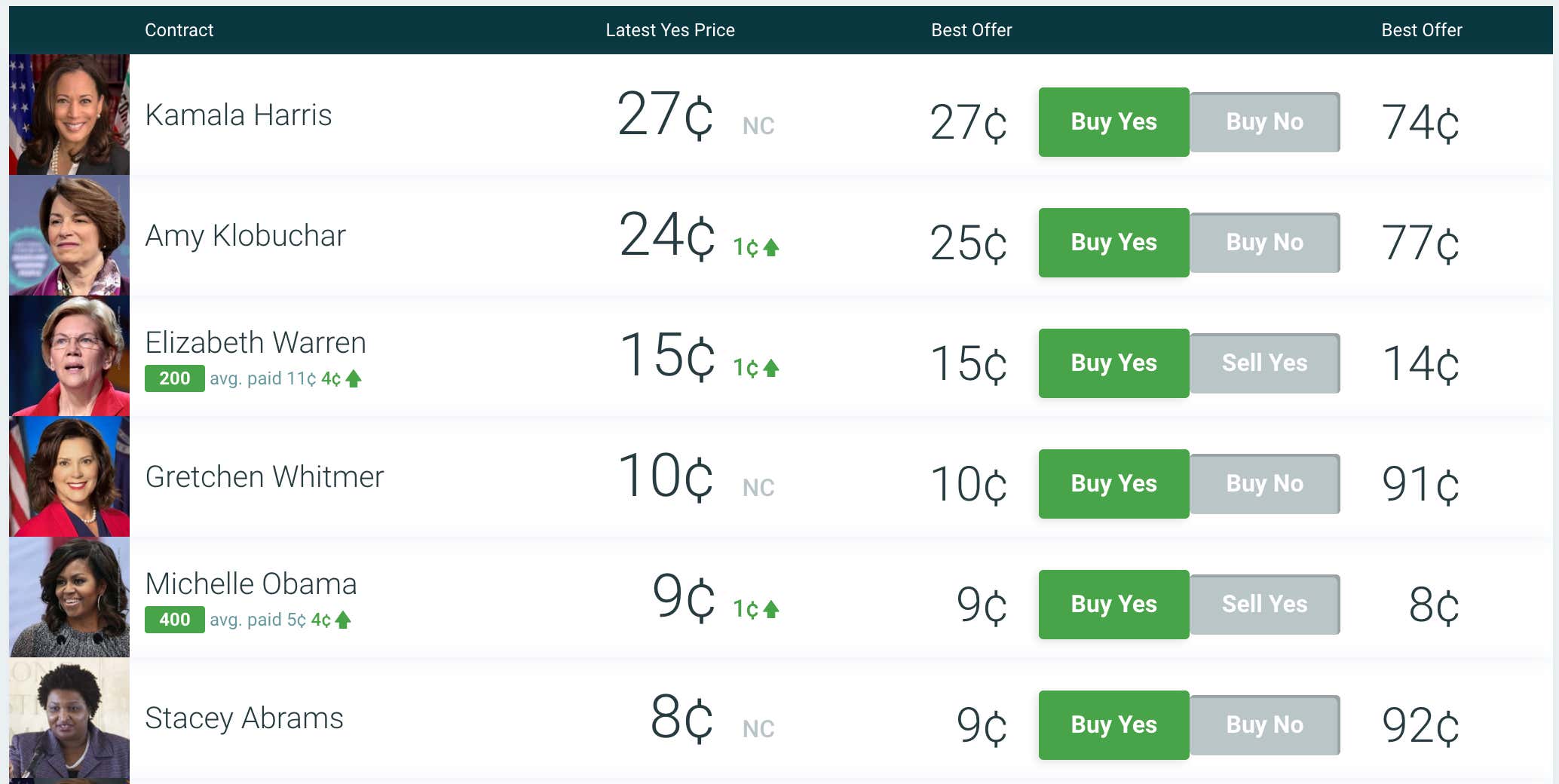 As you can see, I've got shares in Liz Warren and Michelle Obama mainly because I see a lot of upside for Joe with either pick, but right now is a great time to lay a bet down for anybody since they still pay out nicely across the board. Here are the rough Vegas odds equivalents for the pictured PredictIt stock prices (10 AM Pacific, Monday 4/20):

Besides Biden assuring that he will choose a woman as his running mate at a previous debate, the rest is up for anyone to interpret. And it's important to mention that there are more female politicians than these 6 betting favorites that may be worth a shot (multiple Tammy's, a bunch of others), so maybe placing a "No" bet on one of the current favorites might be the play...

So, if you think you know which woman it's gonna be, go to this link at PredictIt to the get your first $20 matched on Barstool!

PS, you can also still bet that Biden is the eventual Democratic nominee for about -600 odds, which some may be interested in as a heavy favorite play.