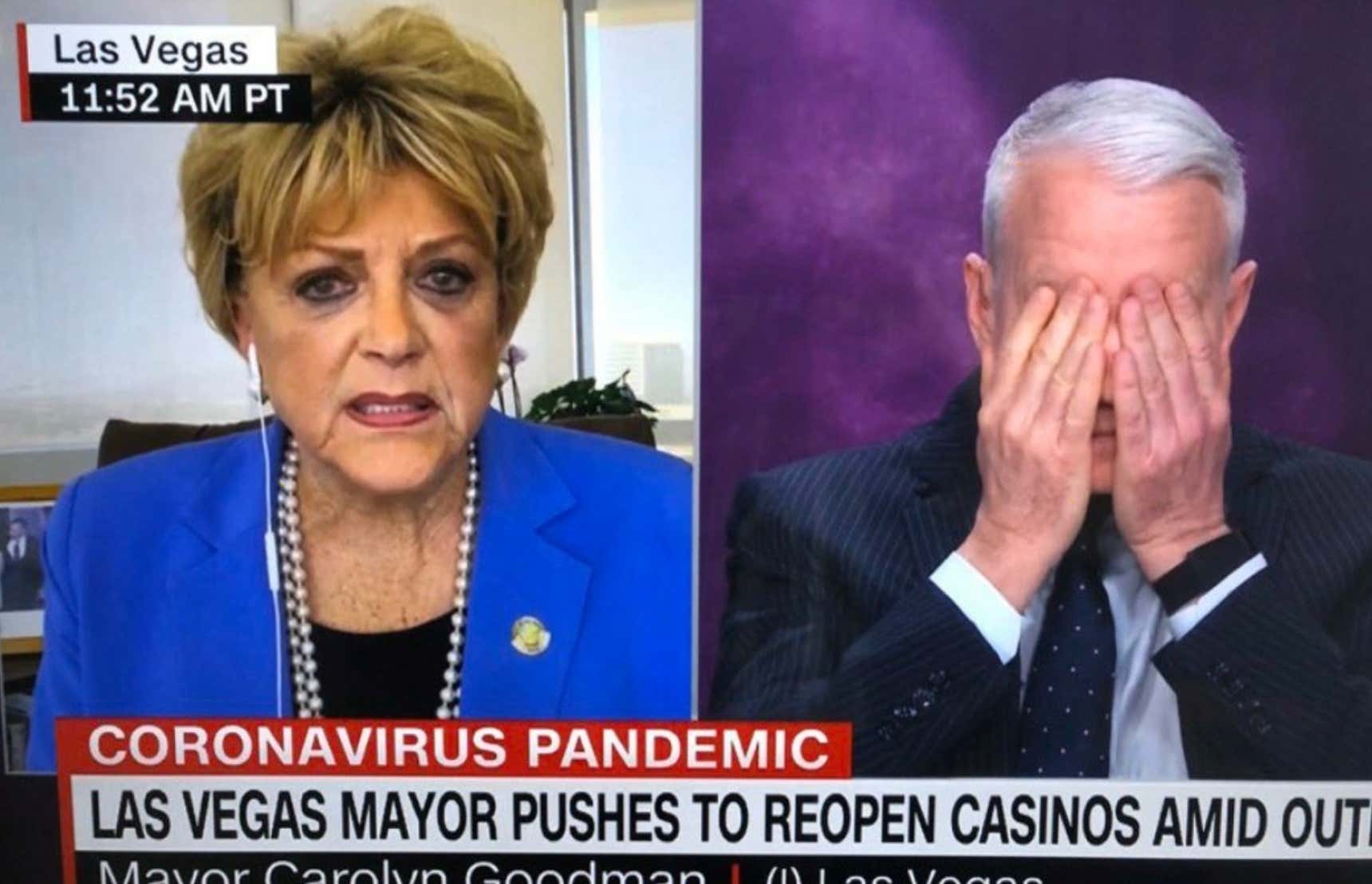 Vegas Twitter was a buzz today with things like 'I cannot believe this is our mayor". I was like "what could *possibly* be so bad? What could be happening that has everyone going nuts? And then the clips of the Las Vegas mayor Carolyn Goodman on the Anderson Cooper show started surfacing and my god, she is the biggest idiot in all the idiot villages in all the idiot worlds.

This first one is my favorite. She goes "I did not volunteer to be a control group, you're putting words in my mouth" and then...well you watch, see what she says 5 seconds later....

Incredible. Offers her citizens as the control group but she can't be there because she has a family. It is incredible how stupid some people can be.

And that's just a tiny piece of it.

Here's another of "I cannot believe what I'm watching is real"

Sometimes I just wonder how people get to positions of power, and this is one great example. She has no problem openly saying this stuff on national television, and even worse, she still believes she's right and everyone else is wrong!

It literally seems like a script out of a Judd Apatow movie where they cast an incompetent mayor and Paul Rudd is running against her. That's EXACTLY how she sounds. Damn that's a strong analogy by me.

Just another day in pandemic America. Huge setback for WSOP as well, obviously. We were hoping best case would be a Fall WSOP, but probably not with this bozo in charge. God dammit how are some people so stupid.