About a month ago I started playing online poker again from my apartment in NYC on a site called America's Card Room, or ACR for short. I was giddy- though it's unregulated in the United States, it seemed pretty good for what I wanted- small buyin, large field, big money tournaments. Perfect.

So I started playing there and for the first time ever in my poker career, I started feeling weird about it. Like something was off about the site. So I talked to my friend Joey Ingram, who is the leading investigator when it comes to poker. He basically solved the Mike Postle (the live poker cheater) case, and has done a ton of work on other issues in the poker world, including ACR. Admittedly, I was not aware of the extent of the work he did on ACR. And as it turns out, my suspicions turned out to be true.

Here's the truth- it is not safe to play on ACR. If you want to toss a few dollars on there (if you can even figure out how- if you don't use Bitcoin it's nearly impossible), go for it, but just be warned - the site is full of bots, it's glitchy, the software is terrible, and the entire feel of it is unsettling. I've NEVER felt unsafe playing on sites- not back in the day on PokerStars and Full Tilt, not when I moved to England to play after it was banned in the United States, and not when I played in New Jersey when I moved to Hoboken a few years ago. The only time I ever kinda raised my eyebrows and wondered if something fishy was going on was last month when I started playing on ACR.

And the thing is, from talking to friends who also play, they feel the same way. The thing is ACR is unregulated, so there's lots of shit they can do. I'm almost positive their code is weighted so you see more hands like quads, straight flushes, royals, etc. I'm not saying they cause more bad beats, but they definitely throw those types of hands in there more often than they should, probably so people share them with their friends and on social to get some buzz. I'm guilty of that. Fell right into the trap.

But then it makes you wonder what else they are capable of. Can they use an algorithm to determine what type of player you are to set a win-rate for you that keep the action and money flow at an optimal level? Good players will always make money in the long run. But can they pin-point which sort of player will likely continue to feed money into the site? Wouldn't shock me.

And then we can talk about the lack of security. There are bots. There is collusion. They weren't even going to fix it until Joey hammered them for so long, found the bot accounts, and there was so much evidence ACR had to admit it and pay people money they were cheated out of. If Joey didn't do this work, nothing would have happened. ACR was fine with having bots, they simply did not care.

HSDB - One of the most shocking claims Ingram makes is that he has convincing recorded evidence of collusion at the $50/$100 PLO tables. Apparently he received a very detailed message regarding certain accounts, claiming that they are all run by the same person. Joey goes on to give the account names as, "create my own energy", "green spirit", and "44bars" and says that he has witnessed them playing together and has recorded the sessions.

A distressed looking Joey ends his 18 minute video admitting that he's known about botting for a long time and that he has been aware of collusion at certain times also but that as he was still making money he didn't really care; however, he says that such activities on ACR are just so widespread these days with suspiscious account after suspiscious account filling up the tables from the micro-stakes all the way up to the highest stakes that he simply cannot recommend anyone playing there any longer.

Also just be warned- if you do make money, you have to cash out in Bitcoin, because US banks can't process checks from this site.

Other issues just from this last week- somehow there was a misdeal, which makes no sense. Well it does, it's because they have shitty code, but the fact they program in a box for a misdeal says it all.

And then this, which is bananas:

Now, I got into it with a bunch of ACR shills last night about the above. They were like "it's photoshopped!" which is untrue, but the glares you see are because it was taken with a camera on a phone of the laptop screen, not a screenshot. But also because on the ACR side of things, it looked like this: 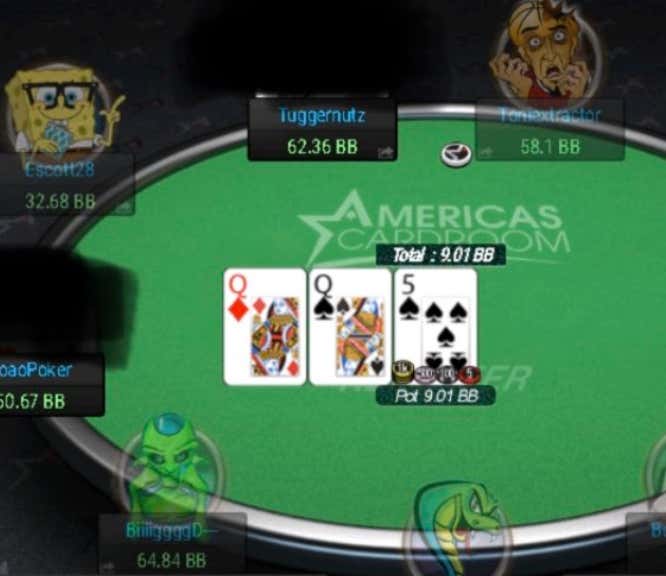 So the question now is, if you are getting a glitch where the queen of spades shows up on your screen twice, but on their back-end it shows no glitch and they call you a liar for it, what can you even do? Instead of looking into the glitch they just said it was fake. It's the same thing with the first picture I posted in here, when the Matrix hit the river 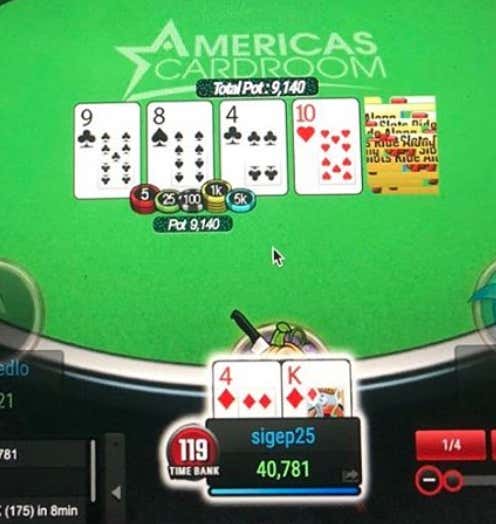 Is this photoshopped too? Because I bet on ACR's back end, it shows up as a card.

The fact of the matter is, their software sucks, their security sucks, their cashouts suck, oh- and they might just lock your account and steal your money for no reason too:

Wait let's look at another example of their shitty software real quick:

And have you ever played with a ghost? 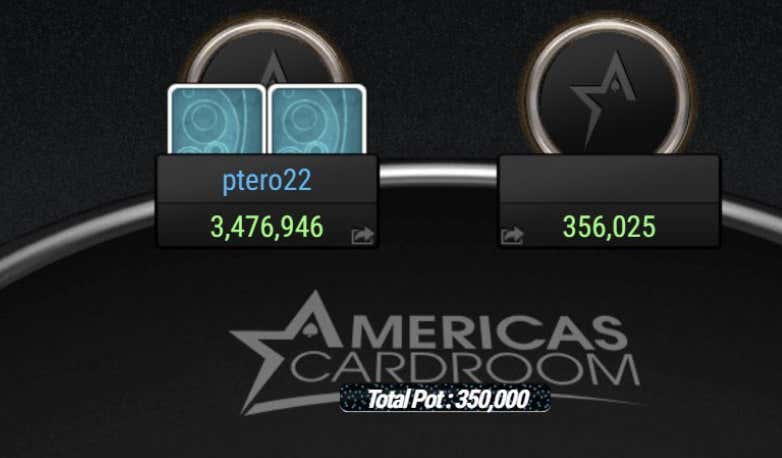 So there's your answer. If you live in PA, NJ, NV, or DE play on a regulated site. If you live in any other state, this is the stuff you potentially deal with playing anywhere else. It sucks because I really wanted to play on ACR and have a relationship with the site via streaming it on Twitch, but I think I'd rather spread the word about how corrupt they are instead. And honestly this blog barely scratches the surface, but I think you get the point.

If you want more info, you can Google search "ACR bots" "ACR scam" "ACR cheating" or "Joey Ingram ACR" and get hours and hours of videos and reading materials on it.

And this is precisely why we need regulated poker in every state. People are going to play online anyway, the problem is the money is flowing to Costa Rica instead of to tax revenue in America. Why do we let that happen? Why can we only play legally in 4 states? It's nonsense, man. Absolute nonsense. Figure it out, America. Let's play online poker safely and legally and without giving our money to bots and cheaters.

And if this stuff interests you, make sure you listen to Cracking Aces, the number 1 poker podcast in the world, for more.