I'm going to be on Frankfurt pk -130. These two teams aren't that distant in the table, Frankfurt is ahead of Bremen by 7 points, but when you look at the expected goals difference (xGD), you'll find that Frankfurt is very unlucky to have just 32 points in the 2019-20 campaign. They rank 7th in xGD (5.8) and expected points. Bremen on the other hand has an xGD of -15.6 and rank 13th in the expected points table.

In Bremen's last 10 games, they've had an expected goals number over 1 just 2 times. Frankfurt's defense isn't the best, but they aren't facing anything special in Bremen's attack.

Frankfurt's attack is incredibly dangerous considering they are a middle of the table team in the Bundesliga. Against Freiburg last week they finished with an xG of 4.38. 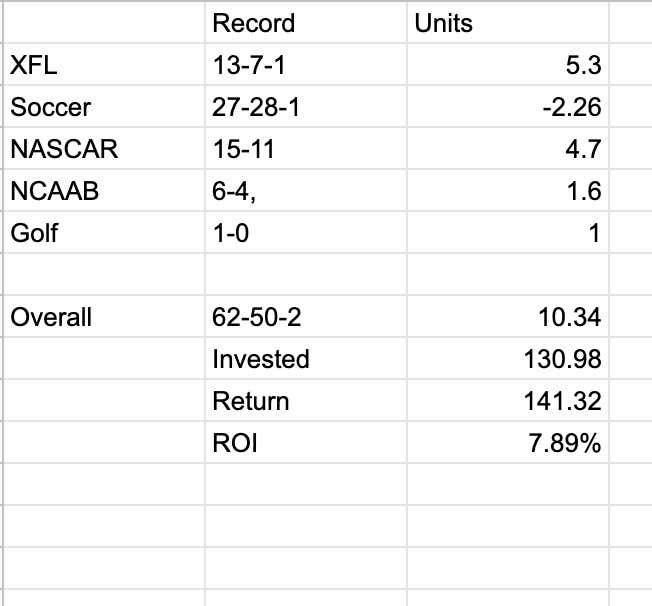