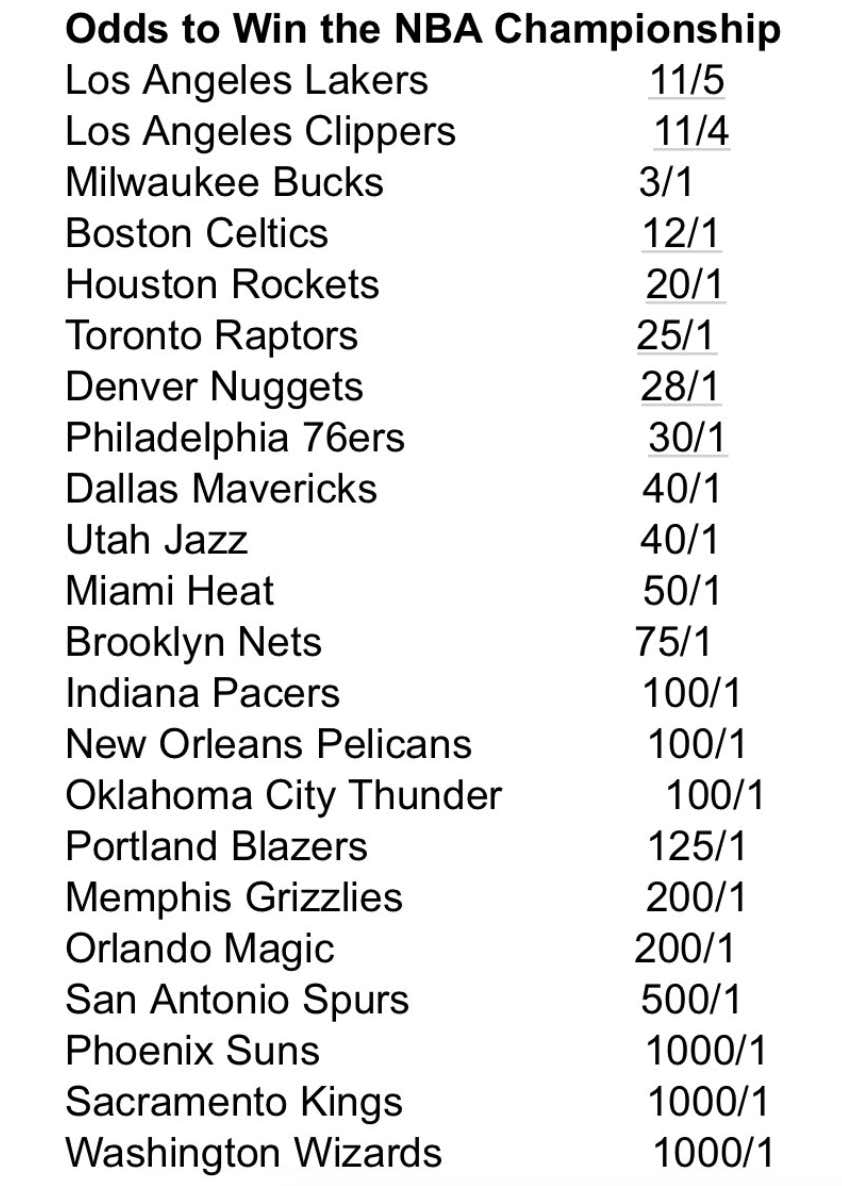 Let's gooooooooo!!!! I love, LOVE that the Wizards snuck into the new NBA playoffs as the last possible team to get in. 24-40 regular season be dammed, we're in there like swimwear and have as good of a shot as anyone else. You don't need the best players, you need the RIGHT players. Save your Bucks in 4 mumbo jumbo. Clean slate. Any given Sunday. Tortoise and the Hare, ever heard of it? Or maybe I'm thinking of David vs Goliath, who's to say? Regardless of which fairy tale you believe in, our Wizards are 1,000/1 shots to win the NBA Championship this year and I'm telling you, that's free money. You won't find better value than that. Beal, Bertans, and Rui are the new big 3.

I'm excited for this. It'll be like watching Summer League, but with the best of the best. And hey, maybe if they Wiz do make some noise, John Wall dusts off his knee and hops in? Glass shatters and he's doing the Dougie.

Anyway, you can kinda just sense the excitement for sports returning. It's fun. Sports boil down to being fun. Obviously it stinks we won't be allowed in the crowds for the time being, but everyone just watching the same games at the same time again will be a nice return to normalcy.