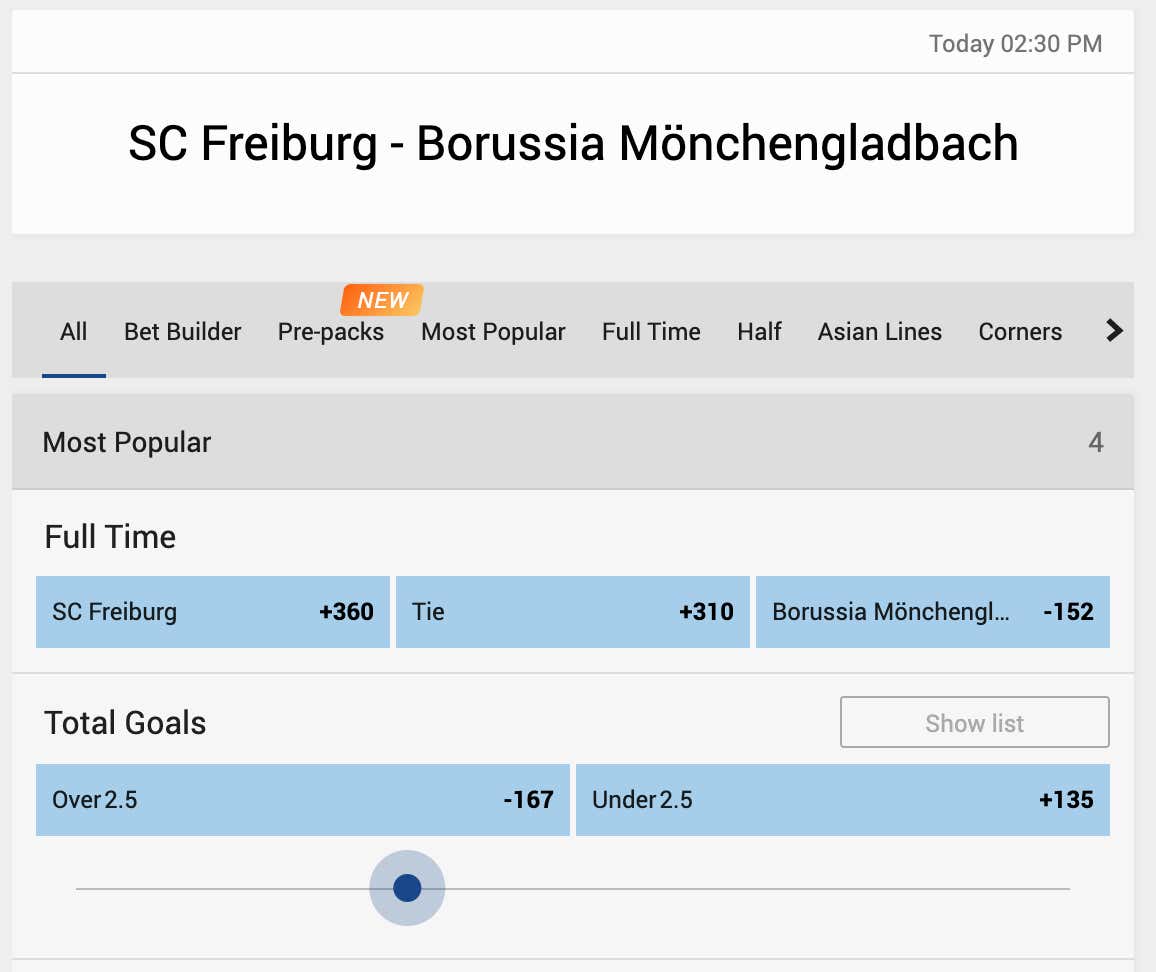 Since returning from the break caused by COVID-19, SC Freiburg has two losses and two draws. When you dig into their expected goals numbers, you see a team that has struggled offensively. Here are there numbers:

That's not great numbers for Freiburg. Their defense hasn't been half bad thanks to holding Bremen + Leverkusen to under 0.5 xG, but thanks to poor performances against Leipzig and Frankfurt, they've allowed an average of 1.83 xG per game over their last four.

While Freiburg has struggled with its attack, M'Gladbach has strived. Since their return, they've scored over 2.25 xG against Frankfurt, Leverkusen, and Union. Their lackluster performance against Werder appears to be an outlier. This attack will find itself with multiple opportunities to find the back of the net.

I don't hate the over, but I am a bit concerned with Freiburg's attack over their past 4 games hindering us from getting to 3+ goals scored. I could even see a 1-0 or 2-0 result for Gladbach, so laying the juice of -167 for o2.5 goals doesn't look good to me either.