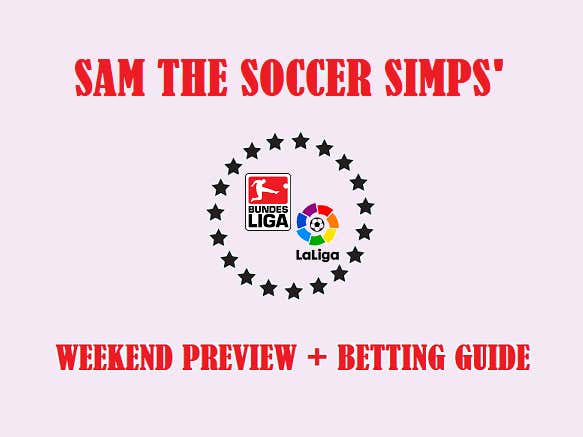 Bundesliga has been back. La Liga is now officially back. The Premier League and Serie A are bout to be back. And life is suddenly not so bad.

So it is time to take a leisurely (figurative) stroll through the games that our benevolent jogo bonito overlords have bestowed upon us this fine weekend, and hand out perfectly fade-able picks to make you my beautiful reader rich beyond your wildest dreams.

Let’s start with ze Germans as a show of respect at their ability to get the league back up and running before anybody else, thus ensuring we had something to watch these past few weeks. Thank you, Bundesliga. Your efforts will not be forgotten. 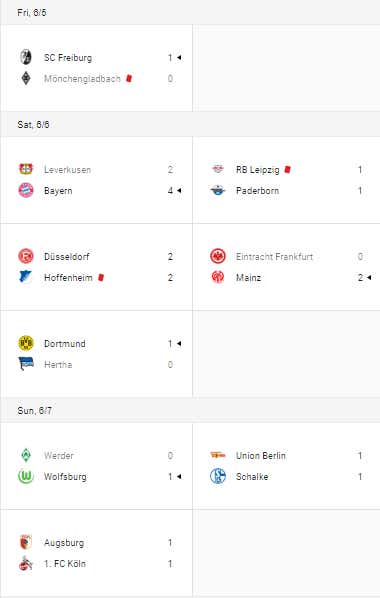 Unfortunately (for neutrals), what once looked like it could turn into a barn burner coming down the stretch with five clubs vying for the title has reverted to the same old same old as Bayern – not missing a beat after 2+ months laying on the couch – have been snapping necks and cashing checks ever since the league got back up and running, basically waltzing to their eight(ieth?) straight championship: 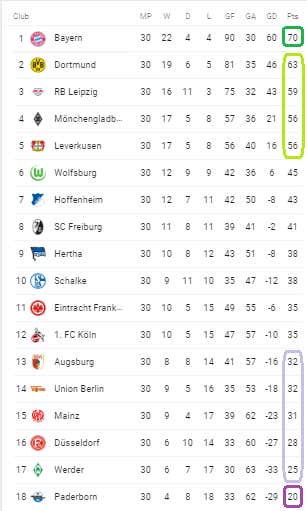 TITLE RACE: All but over. Dortmund could still mathematically catch Bayern but it would require an epic collapse by the Bavarian giants.

TOP FOUR SCRAP: Definitely the league's most interesting selling point right now as three clubs are left fighting for two spots. Looking like it could come right down to the wire between Gladbach and Leverkusen for the last one.

RELEGATION BATTLE: There have been some surprising results and yet the same clubs have been stuck in the three danger spots ever since the restart. Big matchup this weekend as Werder visit Paderborn in a game that could give the former a big boost or end up sinking them both. 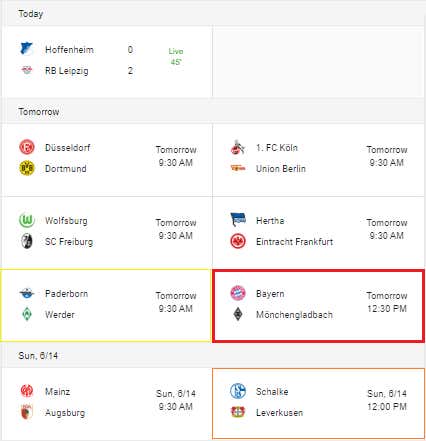 SAFE HARBOR REMINDER: I barely know what tf I am talking about. Fade early. Fade often.

What evidence is there to pick against Bayern at this point? I’m legitimately asking because I have none. The only possible arguments I could come up with after several hours of brainstorming are (1) the champions-reelect had to play a midweek game (winning in the DFB-Pokal Cup) so perhaps they will come in a little tired and (2) road teams have been inexplicably KILLING it in the Bundesliga ever since the restart… those are shots in the dark but there is actually one good reason to think Gladbach may have an outside shot: (3) Robert Lewandowski and Robert Muller are both suspended due to yellow card accumulation.

Prediction: Gladbach to win 2-1. As soon as I pick Bayern to win they will lose and I would never forgive myself for missing out on that good good payday!

Schalke was on the edge of the title race when things go going again a few weeks ago. My how things change. They have been TURRRRRRUBLE since the restart and are suddenly a lot closer to the relegation battle. Weston McKennie – one of the team’s best players lately – is back from suspension so that helps, but anybody who has watched them play recently knows it is impossible to bet on them at this point. They have ZERO offense. None. At all. Plus Kai Havertz is back to Leverkusen.

Big time pillow fight. Paderborn are essentially dead and dusted but Werder have an outside chance to climb out of the relegation zone – or at the very least catch Dusseldorf and grab the relegation playoff spot. Paderborn are actually fresh off a surprising 1-1 draw that essentially nixed RBL’s outside shot at catching Bayern, but Werder have looked the better side overall.

Prediction: Werder to win 2-1 (including a goal for our boy Josh Sargent).

Just dropped a quick and dirty yet highly useful podcast episode catching everybody up to speed on what has happened so far this season in Spanish soccer and what to watch for going forward. 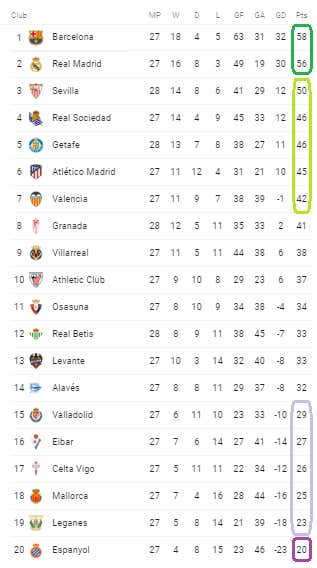 Suffice to say there are a number of highly juicy storylines worth following, the juiciest of which are:

The games are going to be coming HOT and HEAVY thanks to the big ass brain trust in La Liga who spread matches out such that there is one every single day for the next couple weeks. 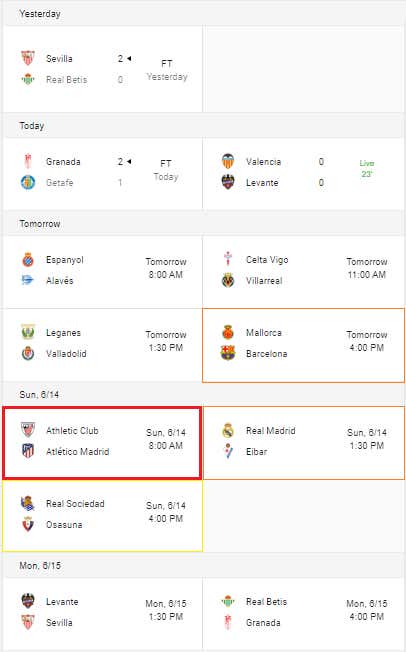 We went into some detail on the pod about the pressure Atletico is under at the moment. Missing out on next season’s Champions League would be catastrophic. The fact they are plus-money on this game speaks to the lack of faith the bookies have in them since Bilbao wasn’t exactly killing it before the break and has little to play for other than an outside shot at Europa. Given the motivation and talent and Diego Simeone ready to beat their ass if they disappoint… I’m slapping my LOCK OF THE WEEK tag on this puppy. 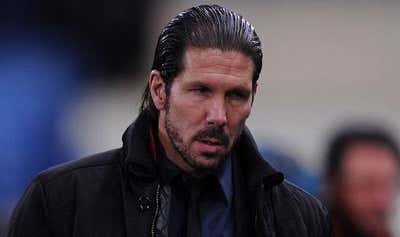 If I’m taking either of the Big Swinging Dongs to slip up it is Barcelona but given the months of rest and recuperation that they both desperately needed… I’ll be boring and say they both start things off with wins.

Anybody who listened to the pod knows my feelings on Tho-Thie-Dod. They some sexy little sumsabitches and, damit, I’m rooting for them to nick one of the two four slots that are up for grabs. There is roughly a 97% chance that the wheels suddenly fall off after what has been a rather remarkable now that I have pledged my tentative support to Sociedad but on paper there is no reason to think they will struggle with a mid-table muddler with nothing on the table like Osasuna. That is all the more true since captain Asier Illarramendi – out since August – is supposedly on the verge of rejoining the team. Strong getting stronger. Esgeddit txuri-urdin! Whatever that is!!

So there we have it. Soccer is so frickin back. EPL and Serie A to follow shortly. My heart is full. Pour yourself a tall frosty cold one and let’s have ourselves gosh dang weekend!