We have racing back at one of our favorite old Monday, Tuesday haunts, Parx in suburban Philadelphia. I like Parx more than most so I had to commemorate its return with a Pick Four ticket. I'm still looking at Lone Star for later, but it's raining pretty good down in Texas so I'm waiting to see scratches as they are off the turf. We will update accordingly, but for now here is Parx' early Pick Four plus Best Bets of the Day: 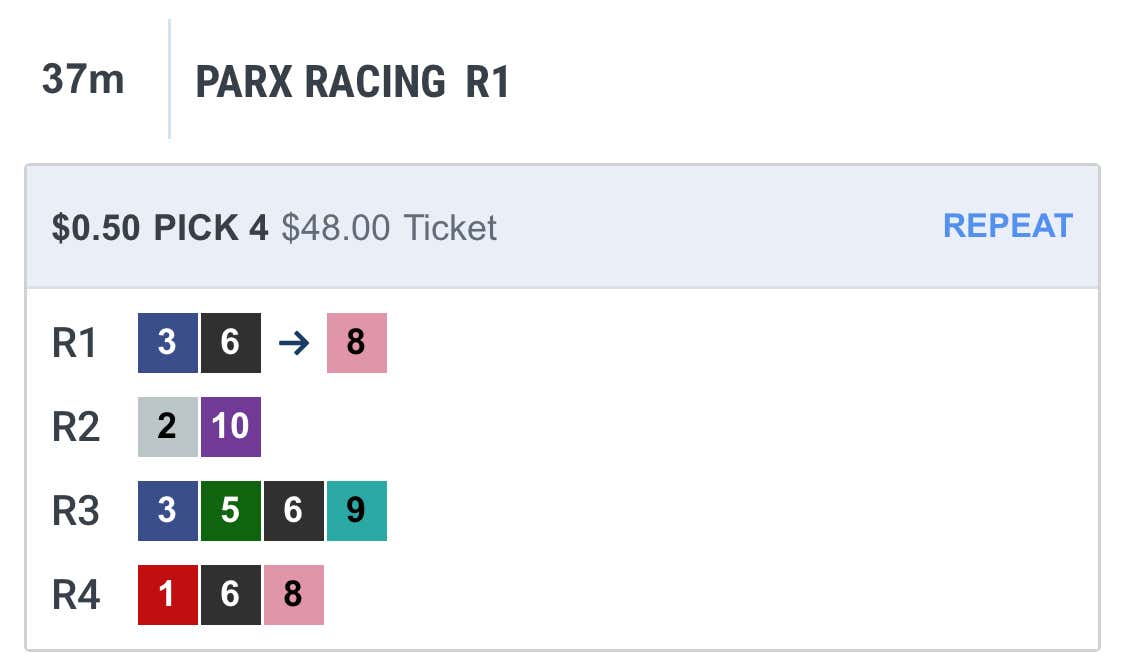 Best Bets of the Day: