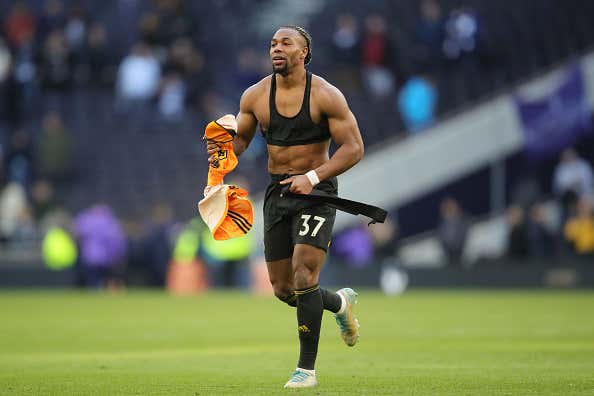 Last week recap: 8-4-1, +3.85 units. Great week, no complaints. Finished strong with Tottenham cashing at +160. Could've been a reallllllyyy good week if Atalanta pulled out their victory against Juve if it wasn't for 2 handballs that resulted in 2 penalties for Ronaldo. Would take them at +215 again.

Manchester City/Bournemouth o3.5 (-130): Man City is on fire. In my opinion, I think they are the best team in the world at the moment. They'll be my pick to win the Champions League. On top of that, their 2020-21 Champions League ban was overturned this week, so morale is high. Their past two games, they've outscored their opponents 10-0. Bournemouth is no stranger to high scoring games either as we saw them take down Leicester 4-1 on Sunday. Over their past 4 games, an average of 4.25 goals have been scored. I see a 4-1, 4-2 match here.

Wolves -115: I'm sick of Burnley. What they've been doing just doesn't make any sense. Since the restart, they have 11 points in 6 matches. Their expected points sit at just 4.64! That's a 6.36 difference, which is massive. The second closest to them has a 3.11 difference to put that in perspective. That's the 2nd lowest in the Premier League. They continue to get incredibly lucky through all their injuries and club turmoil. This will be my third straight fade of them, the previous 2 of them did not go well. With the news of Man City's ban being overturned, Wolverhampton's chances at the Champions League is pretty much dead. However, they still have hope for the Europa League for next year thanks to their current spot in the table. They need to continue their performance against Everton (3-0 victory) today and I think they will.

There are some very good teams in this run as well. Inter and Lazio are at the top of the league, while Bologna, Fiorentina, and Verona are all middle of the pack. Today will be a tough one against Juve, but Ronaldo's team has yet to show themselves as the force we think of them as since the restart:

I wouldn't put it past Sassuolo to steal one here.