So I was sitting around the apartment on a chill Saturday afternoon watching the NBA scrimmage.

And of course, I get that these players have had time off, are scrimmaging to get the kinks out, and aren’t playing as hard as a normal regular season game. But DAMN it was rough. The play was sloppy, the defense was pretty much non-existent, and shots were drier than a bone.

Then I remembered that at noon today, history was being made. I switched over to ESPN to watch the debut of the #1 Pick in the WNBA Draft and the Next Big Thing in women’s basketball -- Sabrina Ionescu (GO DUCKS). 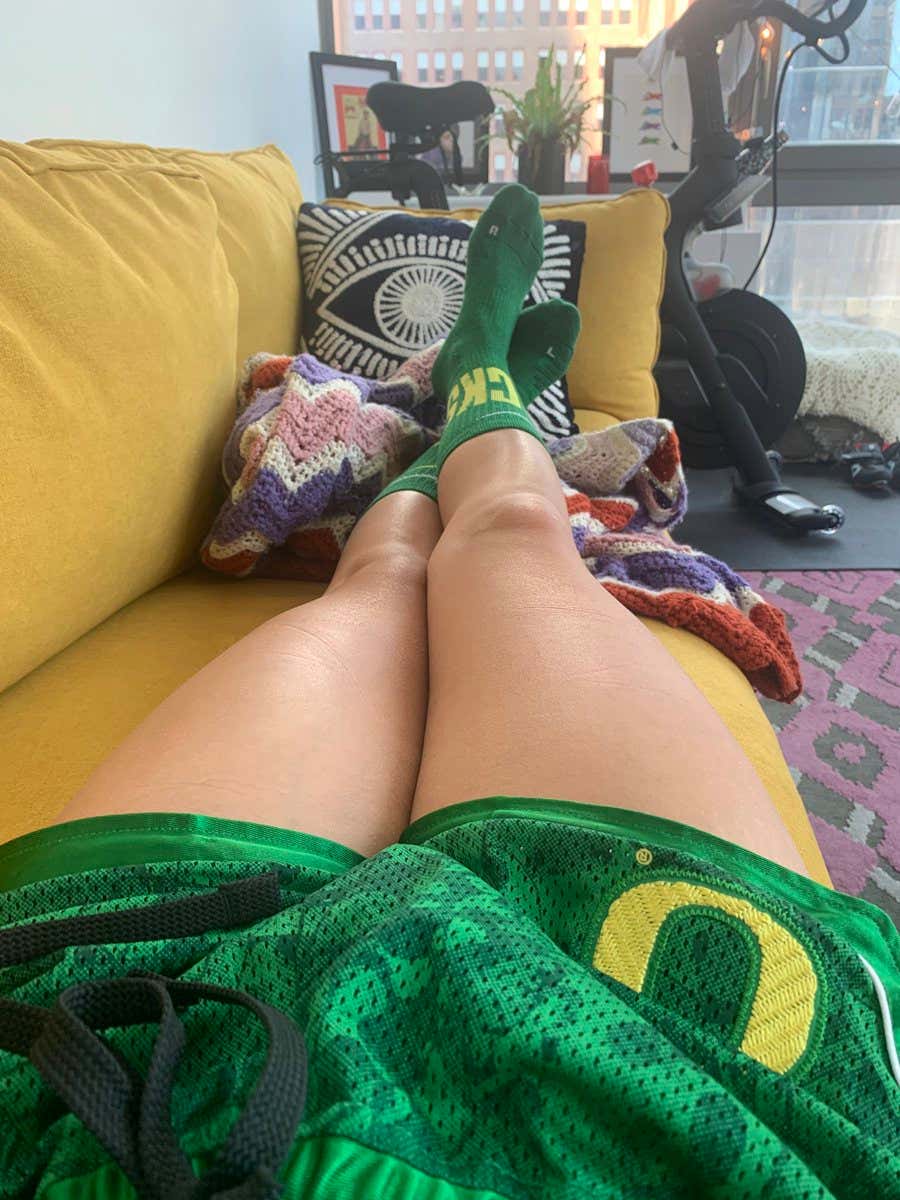 For those who don’t know, Ionescu was a consensus All-American and considered the best player in women’s college basketball for the past two years. She also had a special relationship with Kobe Bryant and his daughter Gigi

Of course, COVID robbed her of an NCAA run and the ability to perform on a national scale, which made her debut today wearing #20 for the New York Liberty that much more special. In fact, the game itself marked a number of important moments -- it was Breanna Stewart’s first WNBA game in 682 days and even took place on the court that was supposed to be used for the Final Four.

So let’s talk about Sabrina.

12 points, 4-17 (0-7 from 3) and 4 turnovers. If that stat line doesn’t tell you anything, let me spell it out. It was a struggle. Sabrina was doubled early and often by a Seattle team that’s about just as physical as the ‘90s Bad Boys Pistons. They hammered her every time she tried to get to the lane and hit her with bone bruising screens, hip checks and bulldozer like charges on the opposite end of the floor. At points Sabrina looked worse than Anthony Davis’ new Dr. Doolittle-esque hairstyle

She had a couple of bright spots along the way but the general theme was that our girl was GASSED and RATTLED.

Welcome to the league, kid.

With Lake show on opposite of this WNBA game, you’d think it would be a hard decision on what to watch, but this women’s match up was just flat out better.

Players were sharper (due to many of them playing overseas in the offseason), the teams were WAY more physical, and the match up from a betting perspective was a fucking roller coaster ride until about 6 minutes left (the Storm hit the ML -10.5 and the Over 153.5).

Not sure if it's the Oregon Duck meets NYC connection, the physicality of this Seattle team, or just the four month long sports drought, but I am ALL in on the WNBA this season and I cannot wait to watch Sabrina develop into the star I think we all know she can and will be.

So what I’ve decided to do every Friday from here on out is to handicap the weekend WNBA slate. I’m sure the comments will be full of “women’s basketball sucks” and “LOL WNBA” but that’s because these fuckers don’t want to make cash. There is NOTHING more exhilarating than betting WNBA games, especially overs.

Don’t believe me? Barstool is FULL of WNBA gambling fans.

And the WNBA was responsible for a Top 5 Gambling Cave moment:

That’s what betting the WNBA will get you -- excitement and riches. And if you don’t like my picks? You’re always welcome to fade at your risk, pussy. The play today was clearly the Storm ML and Over (both of which easily hit). But I’ll be following Ionescu and the Liberty closely from here on out as she irons out her game.

So follow along the next couple of months because the WNBA is going to get us both rich.