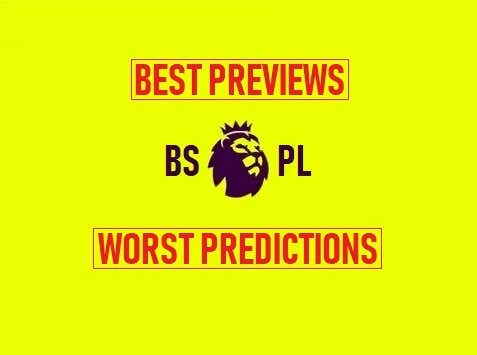 Suffice to say this has been one HELL of a season. Liverpool does NOT have an asterisk but, for better and worse, 2019-20 will go down in history as the season marred by a pandemic… and that Liverpool won – in that order.

It ain’t over yet though! We still got a TON to play for on the final matchday of the season and, what’s more, there is a lot of other soccer action to get your mind right for (including the Championship playoffs, MLS, USL, NWSL and even LigaMX). So let’s take a look at what’s worth paying attention to (and/or winning moneys on)…

Scores from the week: 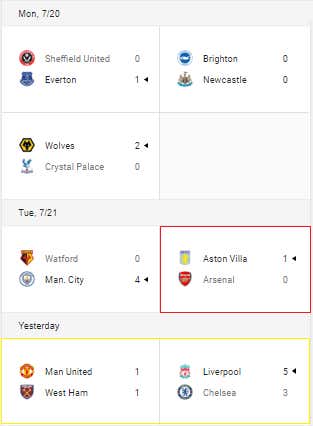 Table heading into the last game: 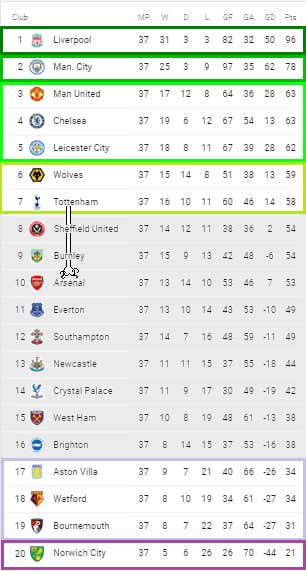 WHAT, ACTUALLY, IS THERE LEFT TO PLAY FOR THIS SEASON?

TITLE: Liverpool is the king, long live the king (until next season)

CHAMPIONS LEAGUE: City are in. United, Chelsea and Lester are fighting for the last two spots.

EUROPA LEAGUE: Wolves are in prime spot to finish 6th and grab the second Europa spot though if they slip up against Chelsea then Spurs could jump them… 7th place could also qualify for Europa next season – but only if Arsenal does NOT win the FA Cup.

RELEGATION BATTLE: Villa’s big win over Arsenal put them in the driver’s seat towards safety but Watford or Bournemouth could still pip them and stay up (two of those three must go).

The schedule for so-called Championship Sunday: 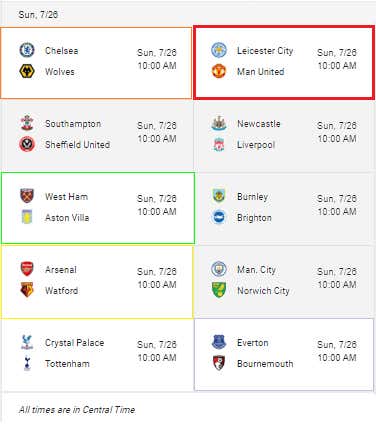 Lester were once cruising in 3rd place with a 14-point cushion over 5th place but have stumbled BADLY coming down the stretch, and come into this (damn near) must-win game missing a whole slew of players to boot. United have been one of the best teams since the restart. The math seems pretty cut and dried on this one. The only possible concern for the Red Devils is how heavily OGS has leaned on the same crew for the last few weeks, with some guys recently looking a little run down. If not for that this would be the lock of a lifetime. Instead I’m downgrading it to the lock of the weekend.

Wolves are a big time value play this weekend considering that both they and Chelsea have been all over the map lately. The Blues were getting their asssssssssssses handed to them this week until Frank Lampard found his brain and inserted The Babyjesus, completely changing the complexion of the game and causing immaculate erections throughout this great land.

I think it is safe to assume that Lampard isn’t dumb enough to make the same mistake again, so while I like Wolves’ chances in this one you (if you are a neutral) would have to be a terrorist to bet on CONCACAF’s third best player against CONCACAF’s first best player. 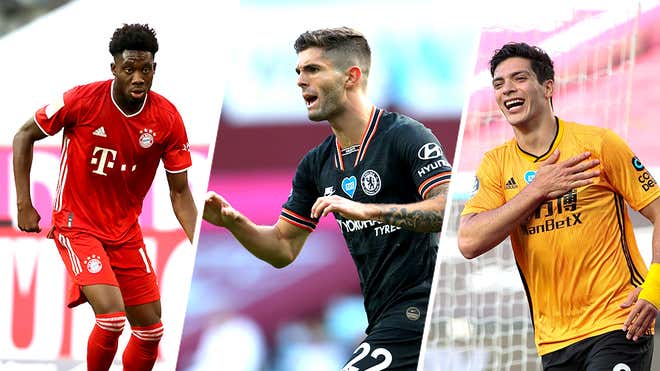 Watford is no longer the master of their own destiny. Their recent troubles and Aston Villa’s upturn in form (including a big win over Arsenal this past week) means ‘Orns – one back on goal differential – have to do better than whatever the Villans do against West Ham.

The big question is what does Arsenal bring to the table. They basically rolled over and died against Villa this week, which is sort of understandable since they have nothing to play for and are totally focused on the FA Cup. Will they show up on Sunday? I have no idea. My gut says no, but even if they lay another egg it is not clear that Watford – a club on their 12th coach of the season (Nigel Gibbs was the U23 coach until last week) – can capitalize. I have gone back and forth a lot on this one. Arsenal are such a wild card. In the end I’m splitting the baby…

The key to Villa’s late season resurgence has been the evolution of their defense from horrendous to merely not good, and then more recently to actually surprisingly solid. I don’t know what sort of punishment manager Dean Smith threatened their back line with but they have perfected “bend don’t break” for the last few months and rode the brilliance of Jack Grealish to the verge of safety. If the Hammies had even a little itty bitty something on the line I’d probably go with them because they have more talent and Michail Antonio (who can’t stop scoring)… but they have probably completely checked out at this point.

The Cherries need losses from both Villa and Watford, and they need to beat Everton. Not out of the realm of possibility, especially since the Toffees have nothing on the line. I just don’t think Bournemouth is good enough to get it done and Everton always, always, ALWAYS come up biggest when it matters the least.

One more predictions (to increase the possibility that I possibly get one right – maybe… but remember that these games don’t matter at all so “effort” could be pretty suss):

ITALY: Juventus an wrap up their 26th straight Scudetto on Sunday against Sampdoria (2:45pm CT)

MLS: What is more exciting than single elimination knockouts?? NOTHING! Toronto FC GK Alex Bono broke down all the matchups on this week’s podcast so you should check that out but suffice to say I will be watching every game from here on out (in part because I am veeeeeery nervous about the league finding a way to continue forward from here after the tournament is done – for a number of reasons – but that is another discussion for another time)… and I encourage you to as well: 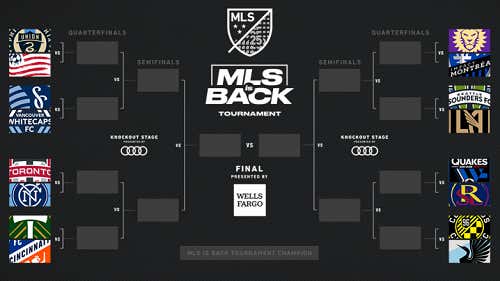 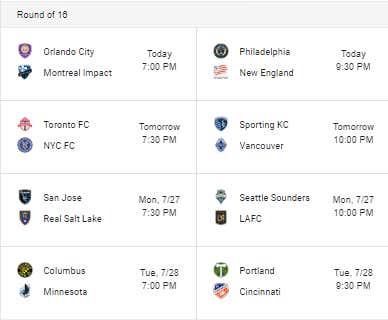 USL: lower division soccer here in the US is back in action and fans are even allowed at games! Is it smart? Is it safe? I’m not a doctor so I have no idea but open air stadiums with social distancing seems like a pretty low risk proposition so if you are in the area maybe check one out… or all/most of the games are on espn+ so check them out that way instead. 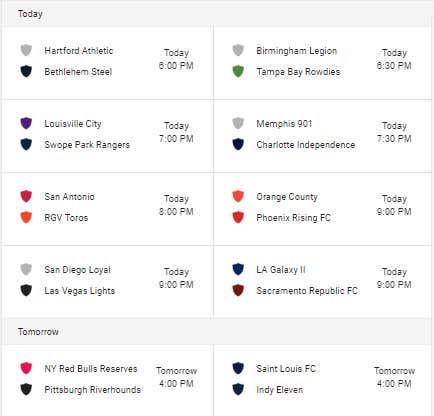 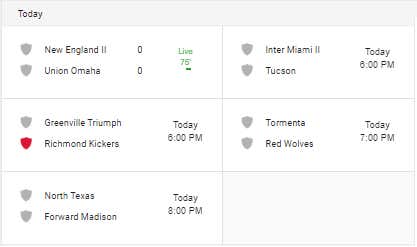 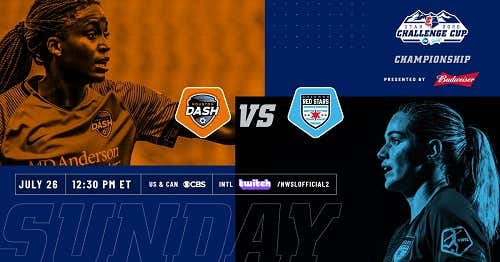 MEXICO: LigaMX is BACK… when the teams aren’t missing half their guys due to rona infections. Wanna get into it? Well you are in luck because I recently posted a blog to help you pick a team and follow things. I may have to update it at some point since some shit has gone down in the meantime (eg, one club has up and moved to a new city) but it oughta do for now: El Gringo No Guapo’s Guide to Liga MX 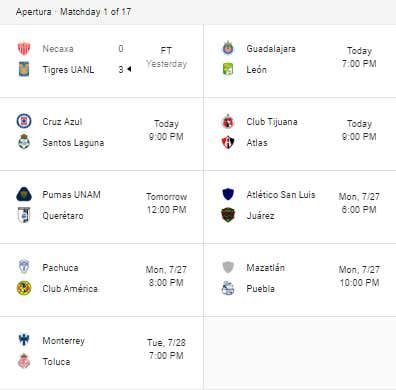 What a season. I’m legitimately a little sad thinking about not looking forward to Premier League next week… but turn those frowns upside down because we thankfully got MLS for the next couple weeks and then Champions League for basically all of August, and before you know it you will wake up in mid-September and the 2020-21 edition of the Premier League will be begging us to get balls deep in it. Hooray! On a serious note, thanks to anyone and everyone who has followed along this season. Stay safe out there, boys and girls!