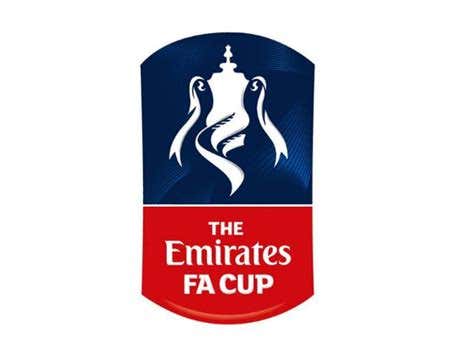 Credit to 2020 for being consistent.

Crazy is as crazy does. Now onto the soccer we got to feast our hungry eyes upon this weekend…

We talked about the game in some detail on the podcast so I’ll keep this short and sweet. Arsenal are in danger of experiencing one of their worst seasons in recent memory, having finished 8th in the table (meaning no Champions or Europa League) and behind Tottenham (a fate worse than another David Luiz contract extension)… but they have a shot at redemption by winning the FA Cup (meaning more trophies than Spurs), which also gives them an automatic spot into Europa League (yay?). Point being the game matters for Arsenal

On the other hand, Chelsea obviously want another piece of silverware but they are already securely in next season’s Champions League… so perhaps a little less on the line for the Blue boys.

Fans of both teams could be forgiven for feeling a little déjà vu all over again all over again. These two have faced off in season-ending games with trophies on the line quite a bit lately. Arsenal came out of absolutely nowhere (in part thanks to a big game from human giraffe Per Mertesacker) to beat an incredible Chelsea side in the 2017 FA Cup final. More recently Chelsea spanked Arsenal around in the Europa League final a little over 12 months ago. That latter game was particularly notable in the sense that Arsenal was in a similar spot of needing to beat Chelsea to qualify for the Champions League whereas the Blues were already in thanks to their regular season performance… so on that occasion the “extra motivation” came to nothing on the field. Something to keep in mind.

The XIs are out and no big surprises: 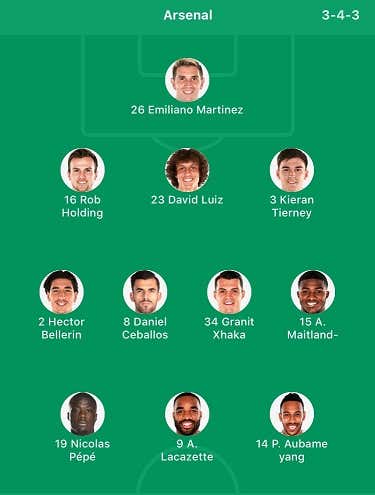 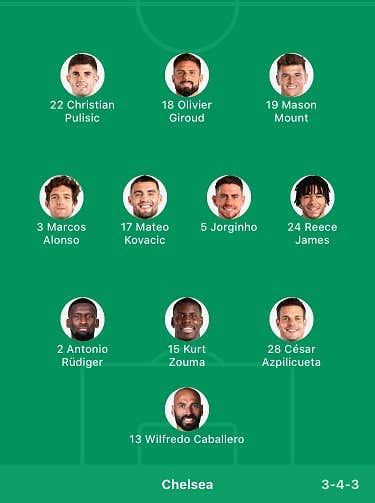 There was some talk that N’Golo Kante might be fit enough to start but that apparently is not the case, which only accentuates my expectation heading into this one: goals! Goals! GOALS!

Both teams have a lot of firepower, especially when you consider that the only offensive hole on either team – Chelsea’s #9 – will be more than papered over by the fact we got Olivier Giroud playing in a big game against his former team at Wembley. I don’t care what the odds are on at least one goal from Giroud… I’d hammer it, maybe even go brace if you are feeling frisky.

Basically what I’m saying is the game will boil down to defense, and specifically which team does a better job avoiding calamitous errors. Both clubs are highly prone to them, especially Arsenal (David Luiz ftw!), but then again the Gunners have put together some remarkably competent defensive performances lately in beating the likes of Liverpool and City.

ITALY: Not a ton left to play for as Juventus have been crowned champs and top four is completely settled… but The Old Lady vs Roma and Napoli/Lazio (both Sat at 1:45pm CT) would be WELL worth your time to watch, plus there is one relegation spot still up for grabs as Lecce (vs Parma) are one point behind Genoa (vs Verona) in parallel on SUNDAY (1:45pm CT).

MLS: Quarterfinals continue this weekend as San Jose/Minnesota (Sat at 7pm CT) and NYCFC/Portland (Sat at 9:30pm CT) lock up the last two spots in the MLSisBack semifinals.

MEXICO: LigaMX is BACK… when the teams aren’t missing half their guys due to rona infections. Wanna get into it? Well you are in luck because I recently posted a blog to help you pick a team and follow things. I may have to update it at some point since some shit has gone down in the meantime (eg, one club has up and moved to a new city) but it oughta do for now: El Gringo No Guapo’s Guide to Liga MX

So there we have it. A veiled reminder to watch masquerading as a preview.

Summer soccer stravaganza feels like it is coming to a close, right? WRONG. Plenty more to come. Stay safe and stay tuned, kids!