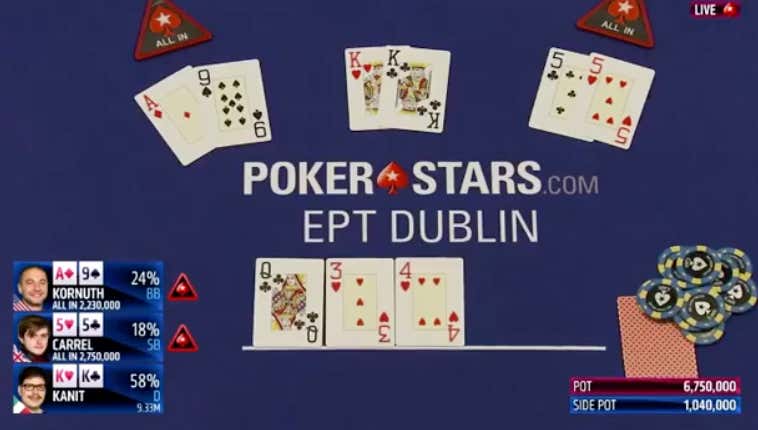 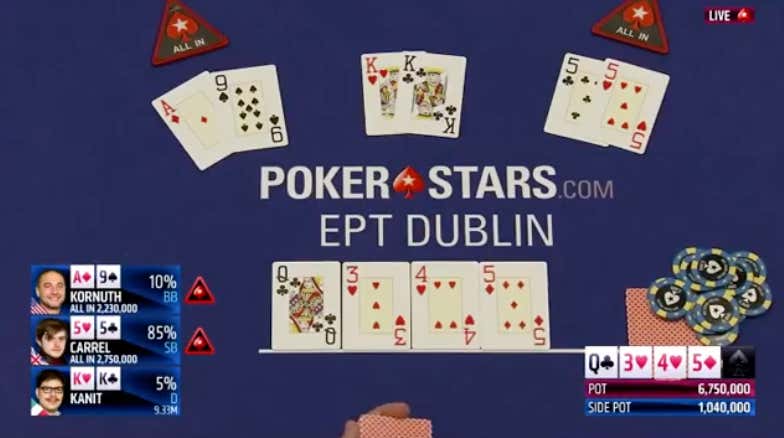 Of course the 5 rolls off on the turn, giving Carrel the overwhelming odds to win the hand and stay alive while eliminating Chance Kornuth in the process. Kanit would need another King to win the hand, and that 5 actually improved Chance's odds immensely.

Which takes us to the river… 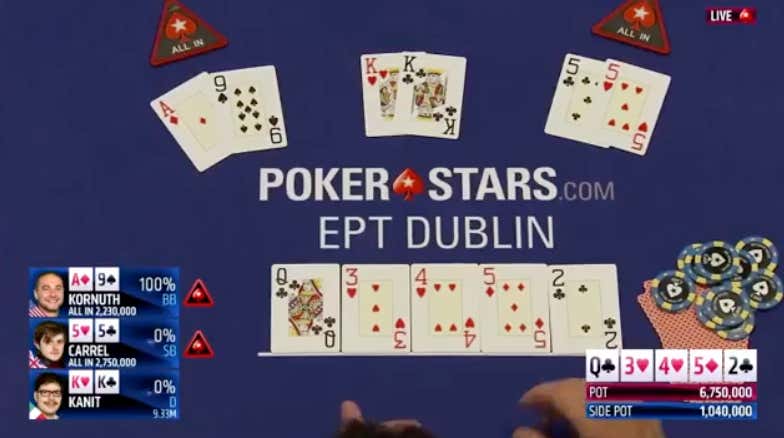 You thought that sort of thing only happened online, but nope, it'll get you anywhere! (The reason people believe it only happens online is because you play so many more hands online than live that it seems to happen at a higher frequency. It's just how our brains work. But crazy shit happens everywhere at the same rate. Well besides maybe on those apps. Can't vouch for those shady ass things.)

On this week's episode of Cracking Aces, we talk about this as well:

A site is really banning players who are TOO GOOD. I certainly will never have that problem. We also talk about the ethics of sitting out of a heads up match if your opponent doesn't show up, and how long you should have to sit out for until you start stealing their blinds.

If you're into poker this is a good episode to jump into, check it out and let me know what you think.