That should be ILLEGAL. What the fuck was that?!? And to the same player, no less! And in a $5k online WSOP Main Event, no less! If that is to happen to you, have it happen in a $11 turbo, not in the biggest tournament of the year with nearly $4 million for first place. Fucking vomittttt. He lost not 1, not 2, not 3, not 4, but 5 straight all-ins vs the same guy! Makes you just want to quit and go pick up shifts at the Olive Garden.

You know who didn't bust out yet though? 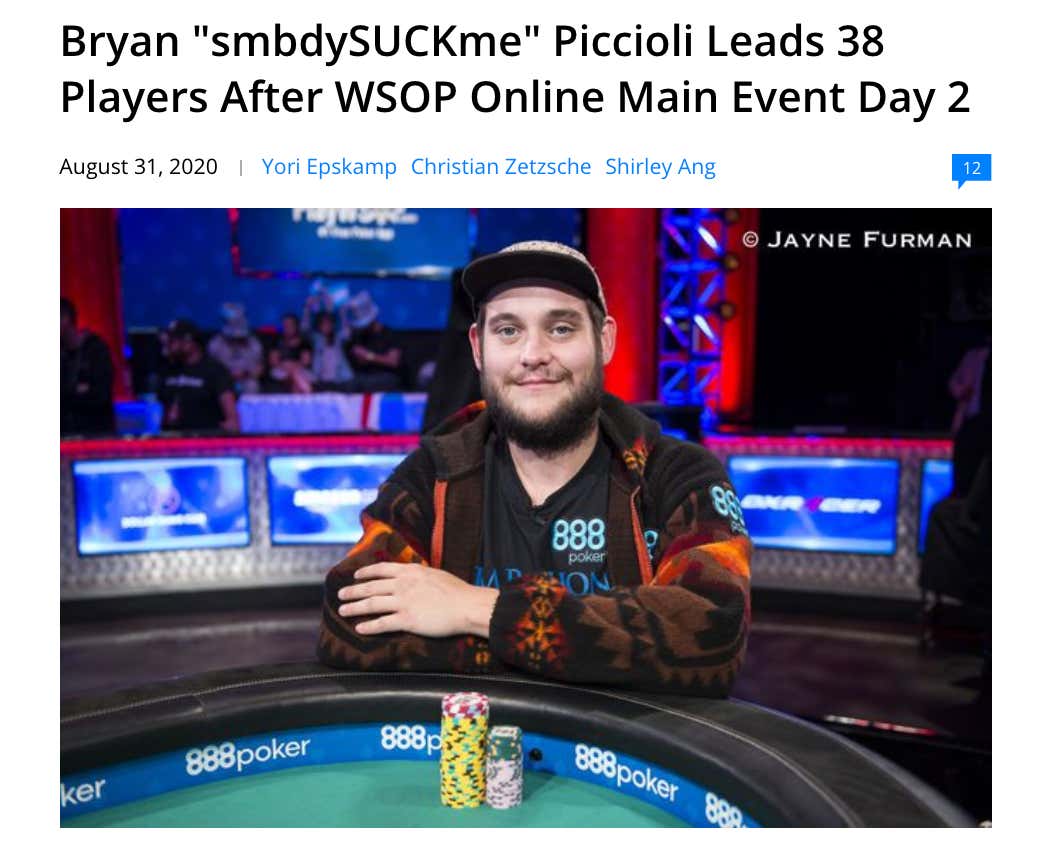 He made the final table of the WSOP Main Event back in 2017 where he finished 6th for $1.6 million, partially in thanks to this miracle river card:

And now he has a chance to make yet another Main Even final table a few years later. And how great would it be if for the rest of time, the 2020 Main Event winner was remembered as smbdySUCKme? Legend. Take it down.

And if poker is of interest to you, we had an awesome interview with a 22 year old UMASS kid who won a bracelet of his own this summer. Ethan aka "RampagePoker" is mostly a 1/3 and 2/5 live cash grinder, but he hopped online (while lying to his mom about it) and won a bracelet for $140k earlier this year. Had an awesome talk with him, check it out: