On Sunday's, our office is typically populated by the likes of Big Cat, PFT, KFC, Marty, Brandon Walker, Jeff D Lowe and others. Thanks to all the TVs we have, some of the biggest names Barstool has to offer are in the building watching the NFL.

In the back of Big Cat's periscope, you may notice somebody you've never seen before: 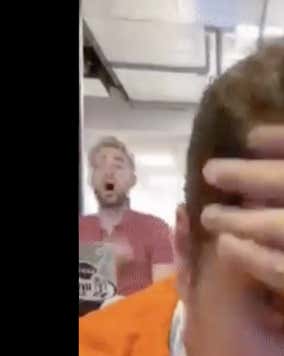 Thanks to Barstool appreciating all of their employees, almost anyone is welcomed. Of course, all privilege comes with responsibility. That's something that one of our interns, Sean, may have forgotten about.

If you go back to the video above, you can see that Marty was very disappointed in Sean. While Big Cat and him were sweating out big bets, Sean was yelling about his....fantasy team? Now, I like Sean (I think). He means well. He just graduated from Notre Dame and is really excited to be a part of Barstool. I remember the first time I watching games with Big Cat to my side, it almost didn't make sense. However, Sean does no favors for himself. If you forget that he went to Notre Dame don't worry because he'll remind you:

Why he was in the office? Not sure to be honest. I heard that he was just entering final scores and coin toss results into his spreadsheet: 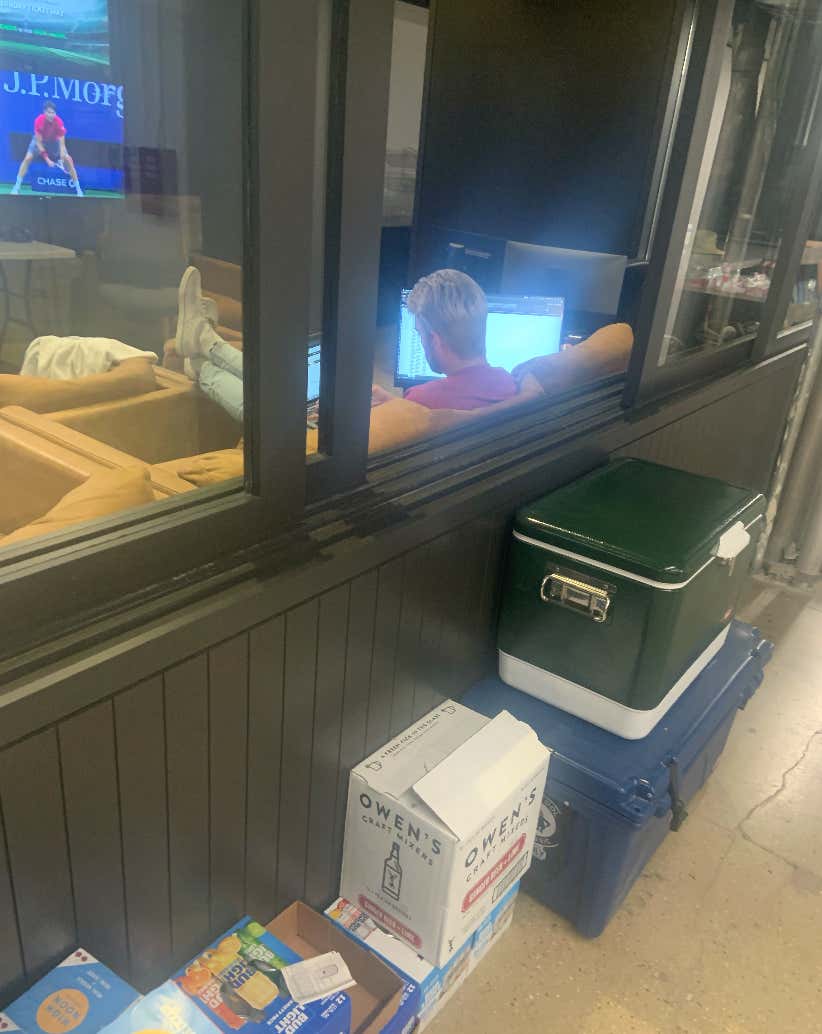 I mean look at the guy! I've never seen Dave that comfortable in this office and he's out here lounging like he owns the place.

He apparently studied data science at Notre Dame? I guess that degree didn't teach him to keep his mouth shut about his $20 Fantasy league while Big Cat was sweating out a bet for god knows how much money. Well, he was up "30 units" last week so maybe Big Cat understands?

I've also heard that Sean was told what a "unit" was in August. He just learned what it meant!

Sean is also the type that bets absurd lines. During the NBA bubble, he would be "sweating out" a Nets -7.5 1Q (+1400) bet, and then after the game, while Marty was nursing his 14th straight losing bet, he would be yelling about "I can't believe I didn't hit that 1st quarter bet!" All while Marty was wondering how he was going to make his next rent check.

As Marty said during the clip above, we need a system. It doesn't mean you can't cheer during your bets if you don't have Big Cat/Dave money on it.

It's time for a gambler's constitution to make sure this doesn't happen again and if it does? There are consequences.