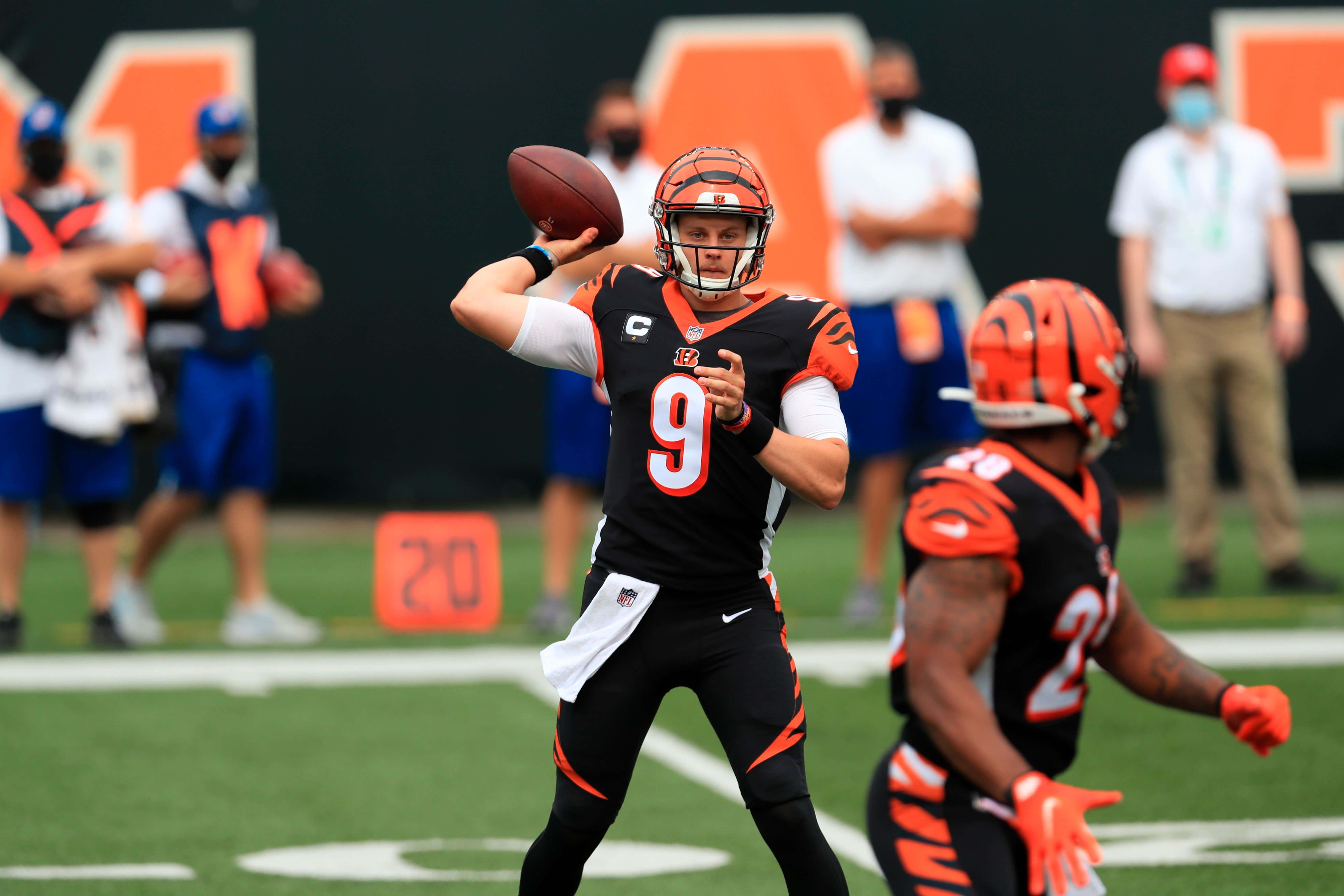 First things first, you won't catch me complaining about what a stinker of a game this is in primetime. Just thankful we have professional football to watch on a Thursday night. Shouts to my friend Rico Bosco, "Some things".  Anyways, you can't in good faith put your hard earned money on the Browns. You just can't do it. Joe Burrow showed some flashes of some good things against a very underrated Chargers defense. I don't believe this Browns defense is anywhere near as good and I believe the passing game should open up a lot more for Joey B in his second start. If you watched the Bengals-Chargers game on Sunday you could see Joe Burrow really find his groove later on in that game and especially on the last drive late in the 4th quarter that would have won the game if it wasn't for a push off by AJ Green and Fat Randy Bullock absolutely imploding on a chip shot FG when you needed him the most. Baker on the other hand was playing a great defense but he looked like he was seeing ghosts out there. He was frantic and constantly under pressure behind a poor Browns offensive line. On a short week with two bad teams I think you gotta plug your nose up for a potential stinker of a game and take the 6.5 points.

The Celtics threw away Game 1. Way too inconsistent down the stretch and were settling for tons of very poor contested looks. This game is going to tell you a lot about the true identity of this Celtics team. Backs against the wall after giving up Game 1 and Tatum getting historically stuffed at the rim right before the buzzer to lose in OT. I'm gonna bet on this Celtics team to come out and be sharp today. They've been the best defensive team in the playoffs and one of the best at defending the three all season long. Jimmy is a dog, Tyler Herro has hit some MASSIVE shots already in his rookie year postseason but the Celtics have more than enough fire power and defensive prowess to do it. They just need to put it together for 4th quarter. I'm banking on them to get it done.

The Bronx Bombers are BACK. 33 runs in their last two games against Toronto. When the Yankees are rolling there's nothing better than blindly betting the Yankees run-line every night. They've won seven in a row, Tanaka is on the mound and the New York Yankees are catching their stride for the postseason push. I love the Yankees and the over on their team total tonight. Let's roll.